They're still getting into our green bins and many Torontonians continue to see raccoons as a pest.Is there hope for. 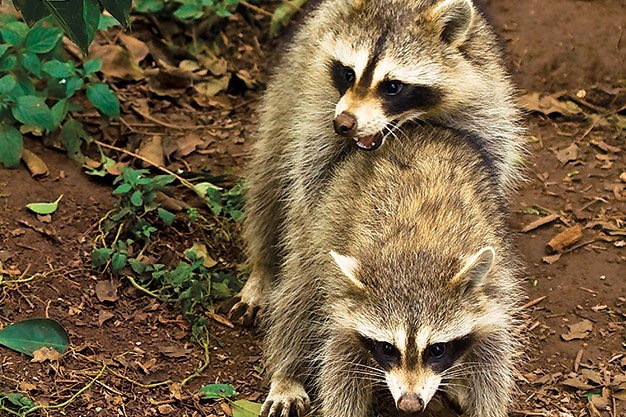 They’re still getting into our green bins and many Torontonians continue to see raccoons as a pest.

Is there hope for the side of the city who find raccoons to be intelligent, creative and at times hilarious creatures, that one day all of Toronto will grow to appreciate the rather unique wildlife that shares our city?

There had better be because Torontos raccoons arent showing any signs of slowing, either in individual size or population.

Will Toronto ever grow to love raccoons?

In an effort to appease the anti-raccoon demographic, Mayor John Tory joked in 2014 that he had declared war on raccoon nation. The result was new raccoon-proof green bins for our organic waste, an impenetrable defence for a species grown accustomed to solving our riddles.

There was initial worry from some animal welfare groups that cutting the species off from food sources could lead to starvation. It turns out, however, that the contents of our green bins werent really all that important an item on the raccoons weekly menu.

York University professor Suzanne MacDonald has been measuring the mortality rate of raccoons in the city, possibly making her the first person in history to do so.

MacDonald, whose research was featured in the Nature Of Things documentary Raccoon Nation, has been attempting to determine if Torontos raccoons are getting thinner since the rollout of the new bins. So far, it doesnt appear theyre having any impact on them at all.

If they were relying on our green bins for a significant proportion of their food they should get thinner. So far, I havent really seen that at all, says MacDonald.

MacDonald says she measured her biggest raccoon ever last July and she says that they were no thinner than the ones I measured the previous July.

According to MacDonalds research, the average litter size in Toronto is around five, while a more sustainable number would be around two.

Ideally, raccoons would be dining on insects, worms and things they find in the water. In Toronto, however, theyre getting into all the terrible things we eat and are paying the price for it size-wise.

While it is good news the species wont starve because of the new green bins, mother raccoons with more fat have larger litters. This also increases conflicts with humans.

According to Brad Gates, owner of Gates Wildlife Control, calls about nuisance raccoons have spiked this summer, providing further evidence that populations are not decreasing.

Gates, who has been in the raccoon business for 33 years, says the company has been busier than ever, with raccoon-related work increasing by 25 per cent over the last year.

Torontos raccoons arent going anywhere. A poll conducted in 2014 indicated over half of Toronto residents supported the idea of euthanizing raccoons to reduce their population. Imagine if we did that to blue jays?

It makes far more sense to learn to enjoy sharing the city with them, as many other cities are doing. In many places raccoons are seen as adorable little fur balls. If everyone in Toronto saw the species this way, the raccoon would be a celebrated symbol of our city. We would flock to the latest Toronto Raccoons game at BMO Field and our youth would learn about them in elementary school.

Raccoons have a misunderstood role in the city. Even the pro-raccooners will admit they do damage to homes and make a mess of trash at night.

But they do plenty of good for us, too. For instance, they eat rats. Not that there is anything wrong with rats either, but if youre upset that the city has too many raccoons, consider what things might be like if Toronto was the rat capital of the world.

They even show up at Pearson Airport to greet tourists, like one particularly well-travelled raccoon did back in May 2017. Raccoons are also great at supporting local businesses, particularly wildlife removal companies.

The New York Parks Department is also of the opinion that a change of public perception toward urban wildlife is the way to go. The department launched an ad campaign that included a video encouraging the citys human inhabitants to view raccoons as regular New Yorkers, just like them.

The ad campaign is a far cry from Mayor Torys declaration of war, though it should be noted that the city really declared war on faulty green bins more than anything else.

Raccoons are a big part of our urban ecosystem, and its about time we start to celebrate that.