Real estate market trades in greed during the COVID crisis 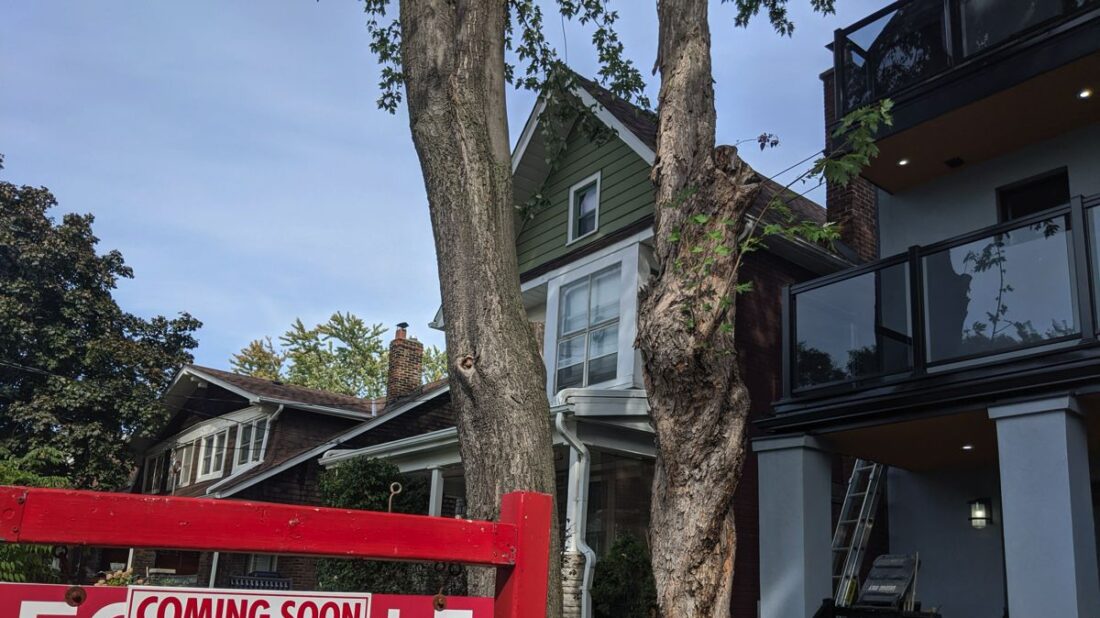 Recent trends in the real estate market are being pushed by the need for profits.

A gathering of greed

Re Toronto Real Estate Being Over Priced And Over Valued (NOW Online, October 3). Much as I like living in this city, it still lags way behind other world-class cities. Vancouver is even worse in this regard, but the scenery makes up for that, even though it’s obscured by clouds for several months of the year. But recent trends taking place in the real estate market smell like a gathering of greed at work by realtors and sellers alike. How sad.

Glenn Sumi’s Report From Inside A Reopened Ontario Casino (NOW Online, October 2) is right on. I too went to the Brantford casino and it was like going to see someone in prison. Not that I have done that, but it was a very isolating feeling once you are inside. There was also a limited choice on slot machines. I won’t be going back for a while. There was no excitement at all.

Re Jim Karygiannis Removed From City Council For Good (NOW Online, September 24) Sometimes, it turns out, the entitled establishment isn’t above the law. But it takes dogged persistence to achieve that. Here’s for a by-election to replace Karygiannis, not a John Tory appointment.

The case against universal basic income

In the ongoing debate about Universal Basic Income (NOW Online, September 19) some, including letter writer Paul Marsh (NOW October 1-7), would have us believe that poverty can be reduced or even eliminated by UBI and that it is the “real solution” to income inequality. UBI is not a solution. The real solution is an equitable distribution of the vast wealth produced in Canada, and this will not be the result of some government program.

The recommendation by Toronto’s Medical Officer of Health Eileen de Villa that people not get too close unless they live in the same household (NOW Online, September 28) may be unfair to those who live alone. The government needs to provide guidance on how those who lawfully meet more than two metres apart can collapse the distance without living together. De Villa’s recommendation could potentially be more restrictive than the federal suggestion to wear masks when having sex.

No sympathy for COVID rule breakers

Sorry but I can’t sympathize with people of any age going to bars and parties during this time. (NOW Online, September 25) It makes zero sense. I’m pushing 40, I live with my husband and child, but I’m still lonely as hell. I suffer from depression and anxiety, which is exacerbated by the fact that I miss my friends and family. But as an empathetic, intelligent person you suck it up with the realization that all of this will be over a lot more quickly if we all lay low and follow the rules. Young or old, we all know that going out and socializing with large groups puts others at risk, and can be deadly.

Sarah Cooper strikes back on Trump

Bryan B. writes that Sarah Cooper is a “one-trick pony” (NOW Online, September 23). Not so fast. I’m one of those who dislikes Trump. My loathing has been building since the 80s when he took over as the slum lord of his father’s properties, then the failures in New Jersey. How does anyone bankrupt two casinos? As for Cooper, she has struck gold with Trump and she’s going with it. It’s easy to be cynical but Alec Baldwin also came out of oblivion impersonating the president.