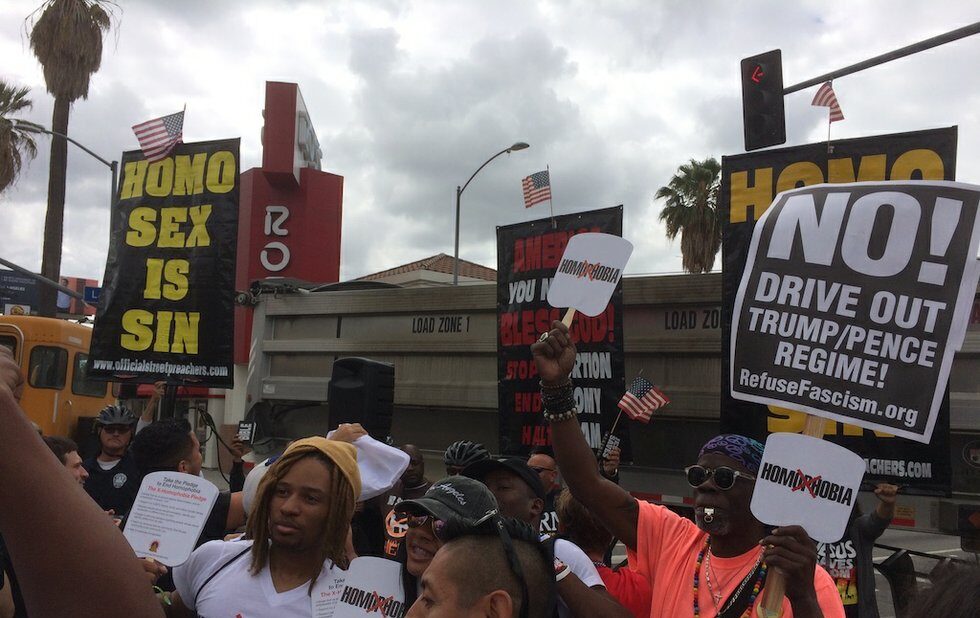 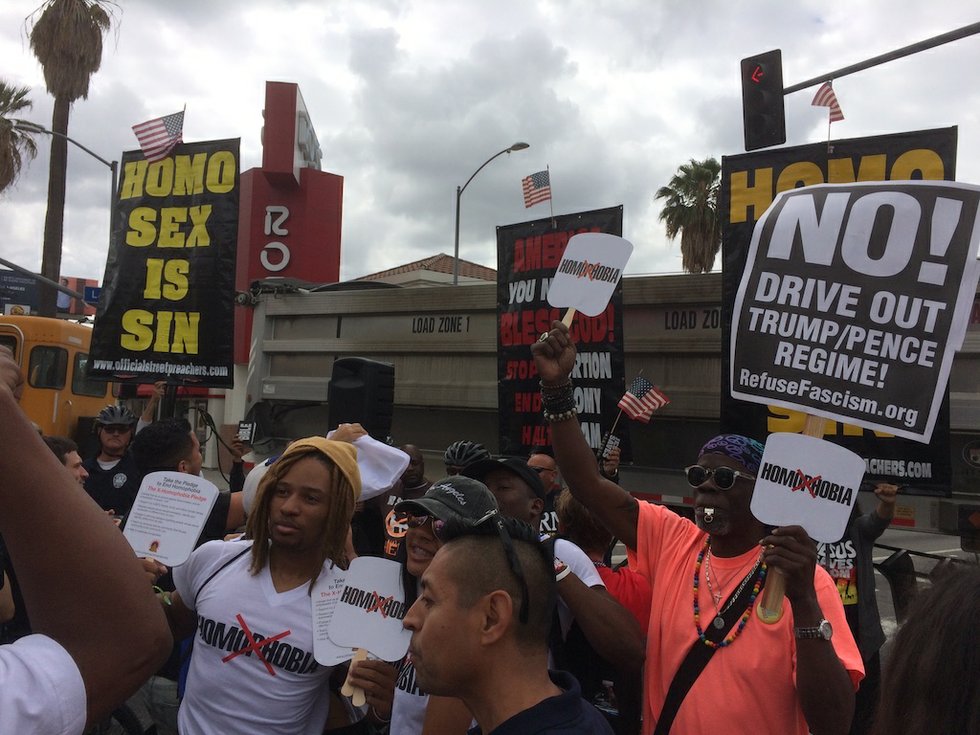 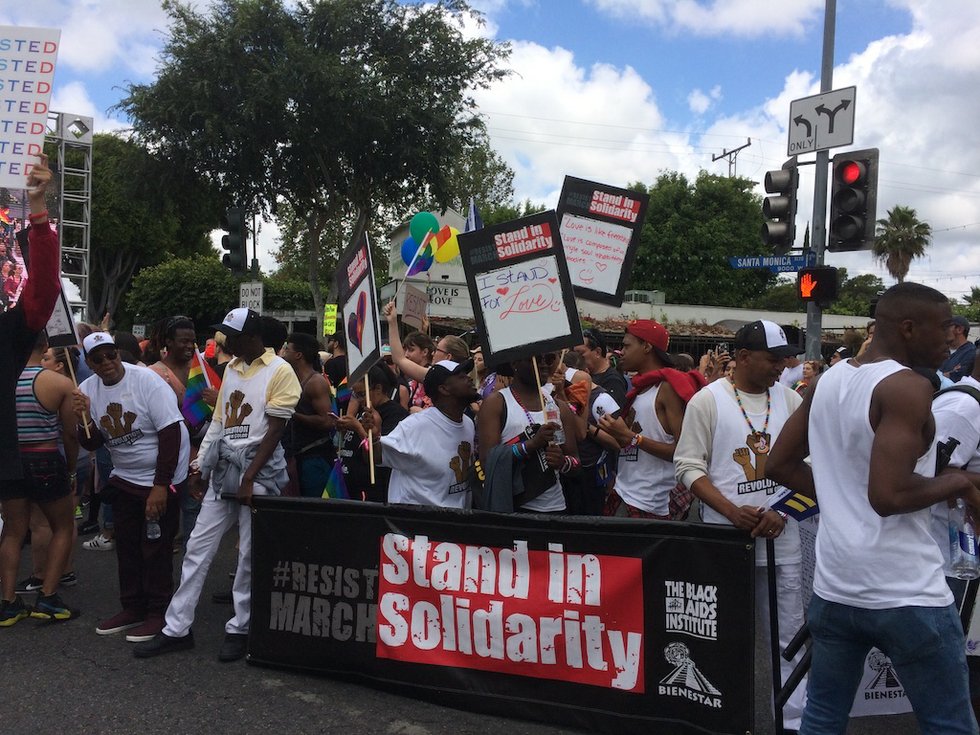 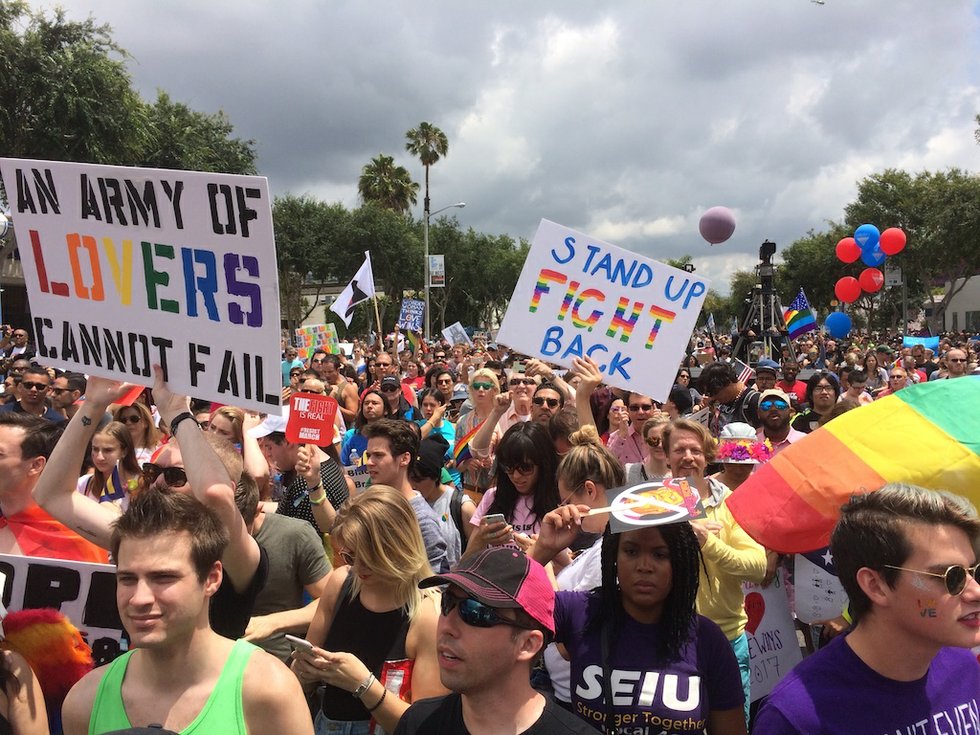 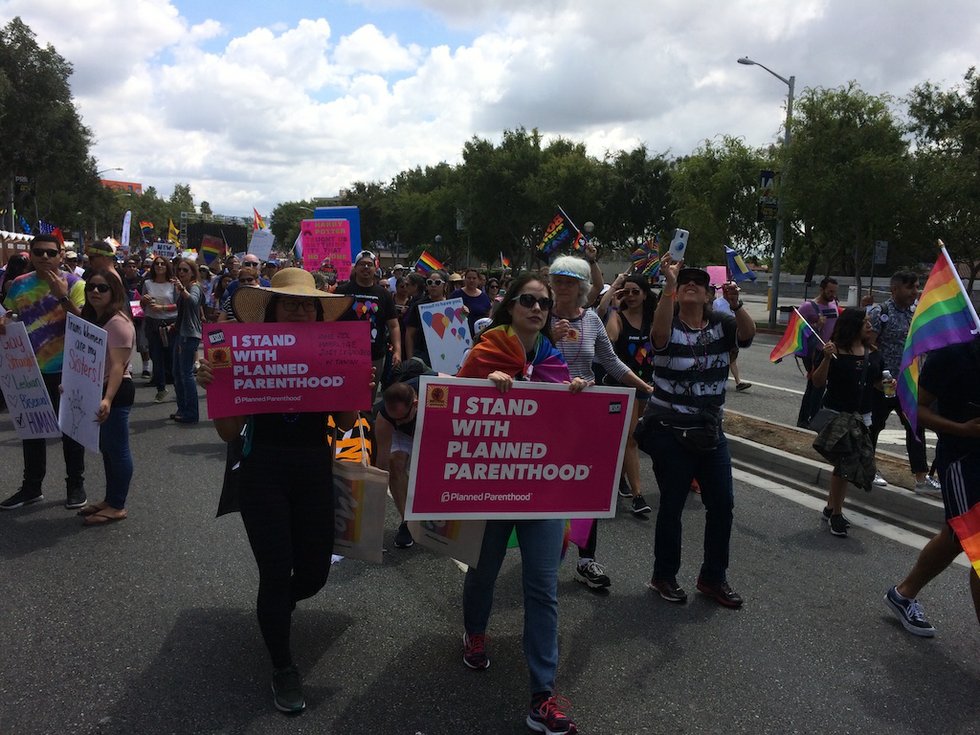 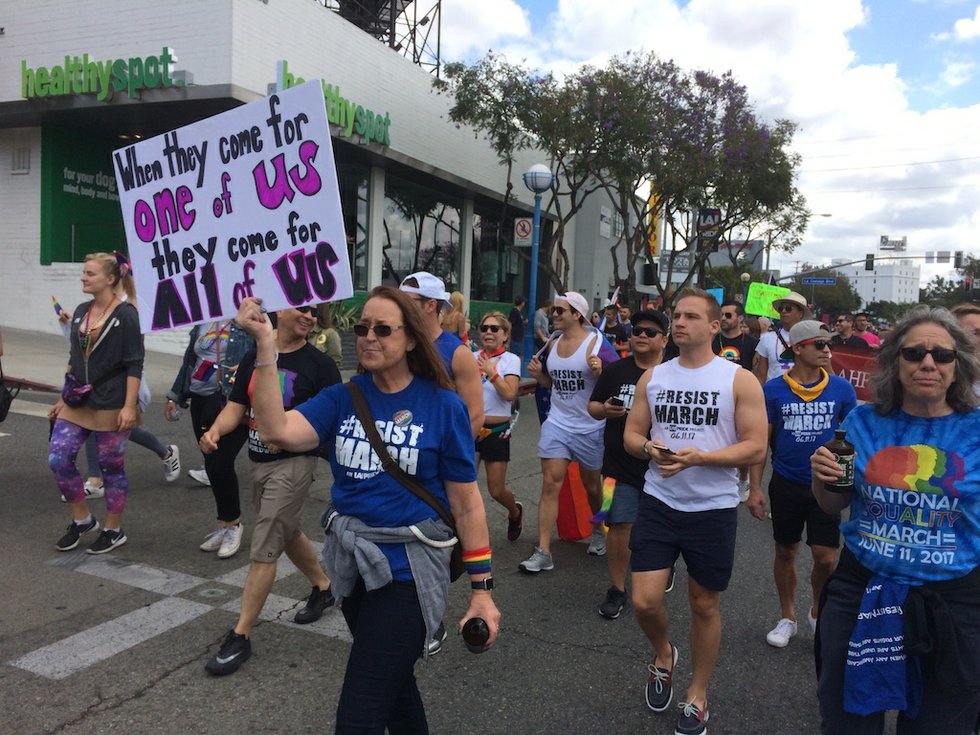 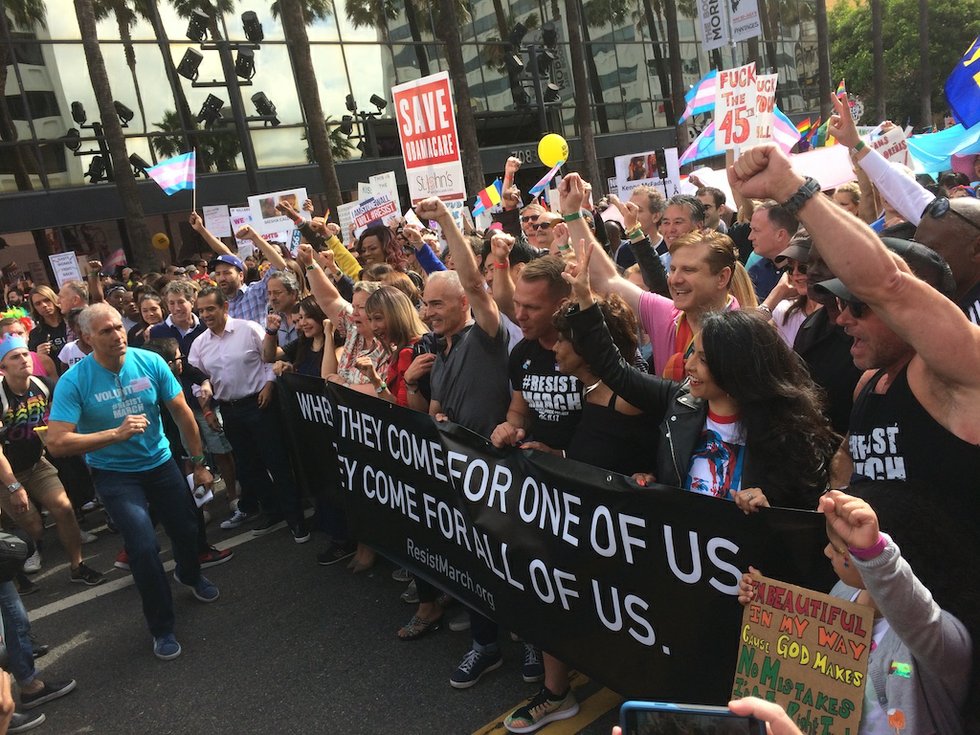 LOS ANGELES – Inspired by the mass demonstrations organized by women and immigrants in the wake of Donald Trump’s inauguration, this year’s Pride parade in the City of Angels was cancelled in favour of a #ResistMarch.

The move was controversial in L.A.’s queer community. Should Pride Toronto follow that route?

Over the years, L.A. Pride had become even more corporate and party-based than Pride Toronto: like many other Pride events in Southern California, it’s mostly a weekend-long ticketed music festival with the parade on the side. This year’s music festival went ahead as planned on June 10 and 11 with one-time Trump supporter Aaron Carter performing as one of the headliners.

In years past, floats sponsored by Hollywood movie studios – and any TV show with a queer character and a hope for an Emmy – dominated L.A.’s parade. But given the state of U.S. politics, Pride-as-usual in 2017 seemed untenable.

Trump’s actions and threats against LGBTQ communities across the country have people scared. It’s awakened LGBTQ people in relatively progressive coastal states to the legal inequalities facing their counterparts in red states and to similar struggles of immigrants, women, Indigenous people and people of colour across America.

The June 11 #ResistMarch was not just a branding exercise. There were no floats. There was no music and dancing. There were very few spectators. An estimated 100,000 people carrying banners for all sorts of progressive causes marched from Hollywood and Highland to the heart of West Hollywood, where the event became a political rally.

Although officially non-partisan, this was clearly a Democratic Party event. House Minority Leader Nancy Pelosi and Representatives Adam Schiff and Maxine Waters gave barn-burning speeches calling on the crowd to get Democrats elected so they can retake the House and Senate in 2018.

Though many LGBTQ Torontonians enjoy the privilege of living in a fairly tolerant society where women’s health is not a partisan issue, our Black brothers and sisters still routinely experience police harassment and worse, education and health services for Indigenous youth are severely underfunded, far too many LGBTQ youth are homeless, sex workers are still endangered by criminal law and refugees face uncertainty after risking their lives to cross the border.

Toronto Pride, with its month of festivities, is a very different beast from L.A. Pride. It may not be necessary, or even possible, to copy the #ResistMarch approach entirely in Toronto.

But Pride Toronto can do more to incorporate and promote the voices of equality-seeking groups within our community and showcase them at the parade and other Pride events.

As our community’s cultural and legal victories piled up – and years of poor management at Pride Toronto earned it a reflexive distrust from the community – the parade became less about our struggle as about issues like whether or not an openly homophobic mayor would march in the parade, whether the event was getting the amount of funding it “deserved” from various levels of government or whether it should allow a tiny group of activists called Queers Against Israeli Apartheid.

Incorporating Black Lives Matter – Toronto into the Pride parade last year to remind the community that the mission of full liberation and equality remains incomplete was a step in the right direction, as is this year’s Indigenous focus.

While BLM-TO won’t be marching in the parade this year, I hope its message is not lost just because Pride met its immediate demands.

• Gender-confirming passports. Non-binary people still cannot access them. And trans people can be barred from flying if their documents don’t match their gender.

• Sex work laws put sex workers in danger. The governing Liberals have yet to overturn laws passed under the Conservatives that critics say is driving the trade further underground.

• Conversion therapy. Only two provinces in Canada, Manitoba and Ontario, have stopped the practice.