Do you know how to intervene if you witness Islamophobic harassment? 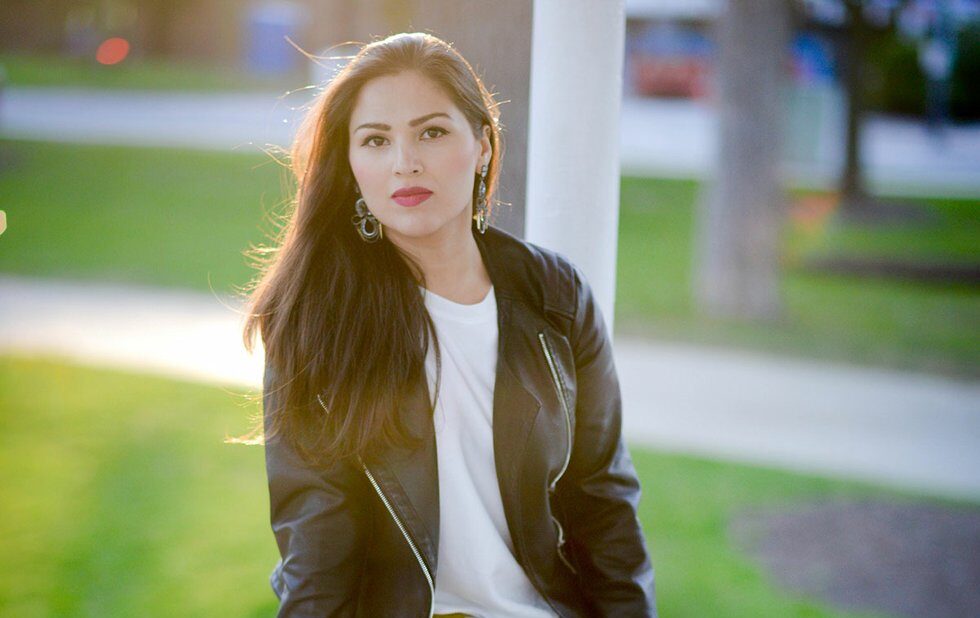 Last month, the city of Boston launched a poster campaign encouraging bystanders to intervene if they witnessed Islamophobic harassment. In four simply illustrated steps, bystanders were given the tools to de-escalate potentially dangerous situations at no harm to themselves.

On the poster, a man behaves aggressively towards a Muslim woman on transit. A bystander sits next to her and employs the strategy: engage in conversation with the target of the harassment discuss a random subject build a safe space by ignoring the attacker and continue the conversation until the attacker leaves.

The campaign was illustrated by French and Middle-Eastern artist Maeril, who conceived of the idea as part of her co-admin work for the Facebook group The Middle Eastern Feminist. The city’s involvement came on the heels of recent charges against a man for allegedly using anti-Muslim slurs against an elderly woman riding transit. Boston recognized its increasing problem of Islamophobia and took action. Should Toronto do the same?

The idea that “it doesn’t happen here in Canada” is a myth, and the reality is that anti-Muslim attacks are happening. Toronto could benefit from a campaign that doesn’t just raise awareness but encourages action. 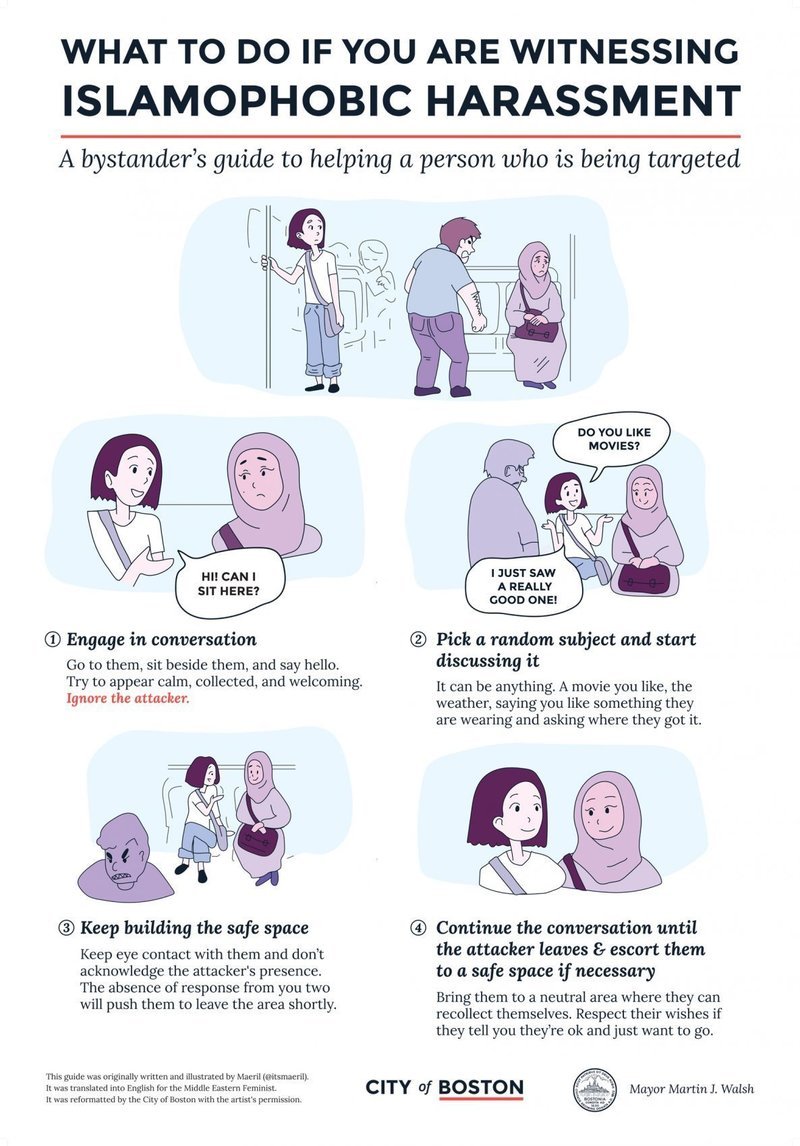 In June, Statistics Canada reported that hate crimes against Muslims in the country increased 61 per cent in 2015, and that Toronto, Montreal and Vancouver accounted for 43 per cent of overall police-reported hate crimes. Sabreena Ghaffar-Siddiqui, communications lead with the Canadian Council of Muslim Women Toronto Chapter, believes the number is much higher.

“What we’re seeing in terms of hate crime stats is a fraction of what the problem really is,” says Ghaffar-Siddiqui, whose organization is currently working on a national poster campaign similar to the one in Boston. “When you look at vulnerable populations like refugees, new immigrants and marginalized people, they have a very complex relationship with authority and the police. Someone who feels that the police are not on their side is not going to the police to report a hate crime.

“There are so many factors [to consider] and once you start kneading these numbers out, you begin to understand why the reports are misleading,” she adds. “It’s why I say we need a campaign like [Boston’s], because the general population doesn’t understand how bad the problem really is.”

According to Ghaffar-Siddiqui, a Toronto campaign will need to illustrate aggressive examples of Islamophobia while encouraging more direct intervention. That approach is appropriate not only for the escalating types of hate crimes reported, but to acknowledge that Islamophobia isn’t a passing incident in the city, or in Canada for that matter. Rather, it is institutionalized and systemic.

Amira Elghawaby, communications director with the National Council of Canadian Muslims (NCCM), says that her organization is working on such a campaign. Slated for a fall launch, the social-media video project is called Say Salaam. With funding from Toronto’s Olive Tree Foundation, it will adopt a tailored approach based on the four Ds of bystander intervention, which is advocated when confronting violence against women.

“There are five principles: Discover – try to [ascertain] the situation Distract – try to distract the person who is perpetrating the violence or harassment,” explains Elghawaby. “Direct – be direct with the person and try to tell them that what they’re doing is not okay Delegate – try to get more help from others or make sure that you’re calling police and Delay – wait until the situation has wound down or the perpetrator has left and then provide support to the victim.” 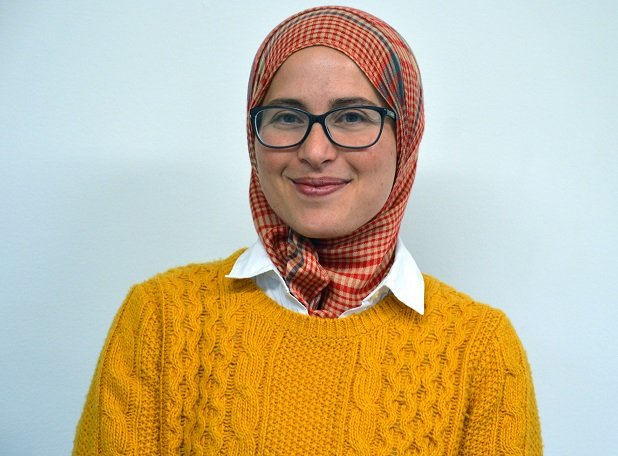 Amira Elghawaby says the National Council of Canadian Muslims is developing a campaign that focuses on action over awareness.

While these principles advocate direct engagement with the perpetrator, Elghawaby says her organization plans to workshop scenarios with Muslim and non-Muslim community members to strategize effective, non-confrontational interventions.

“Recently, there was a man who was harassing Muslim women and killed the two bystanders who tried to assist,” says Elghawaby, referencing the Portland, Oregon incident in May where assailant Jeremy Joseph Christian stabbed two men to death. “This has real and potentially dangerous outcomes. So, it’s very important that whatever is being recommended, safety has to be paramount.”

Toronto has seen awareness campaigns addressing Islamophobia in the past. The Ontario Council of Agencies Serving Immigrants (OCASI) led a poster campaign last year featuring, among other exchanges, a white male telling a Muslim woman to “go back to where you came from.” She responds: “Where, North York?”

Earlier this year, OCASI teamed with the NCCM for a PSA campaign called Break the Behaviour. In one video, neighbours help a Muslim family clean Islamophobic graffiti scrawled on their garage.

Placed side by side, the two campaigns represent a progression in the type of ads Toronto has seen. OCASI’s first campaign highlighted a relatively benign exchange, using humour to raise awareness that the issue of Islamophobia exists the second struck a serious tone, highlighting how non-Muslim community members can be more direct in their assistance.

But like Ghaffar-Siddiqui, Elghawaby agrees that much stronger messaging is needed to combat the rise in Islamophobic harassment.

“The awareness campaigns are the low hanging fruit,” she says. “But on deeper policy levels there’s so much work to be done, because we understand that racism is not just the outward hate crime. It can be quite implicit and almost invisible except to the person who’s on the receiving end of it. It can really impact people’s lives in various ways.”