The timing couldn't have been better. [rssbreak] The. 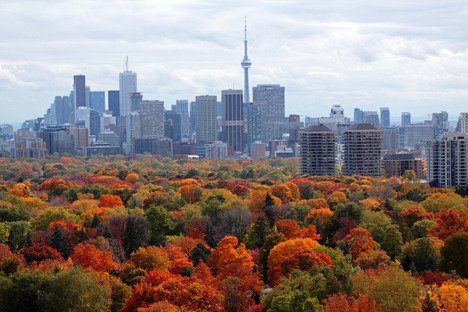 The timing couldn’t have been better.

The same week the Greenbelt marks its fifth anniversary, city council endorsed a proposal floated by Parks Committee chair Paula Fletcher to add the Don and Humber river valleys to the protected area.

Ultimate approval rests with the province. Still, another eco breakthrough for Toronto – the first city to endorse a plan to expand the Greenbelt within its borders.

It’s another green milestone among many for the city that under David Miller has turned over a green leaf.

His promise to make T.O. into the greenest city in North America has caused a few snickers. That Bike Plan is sure taking its sweet time. But slowly we’re getting there, one green roof and community garden project at a time.

It’s a truly greenspirational story that’s being writ in Hogtown, something to remember in an election year in which mayoral wannabes talk up livability and in the next breath promise to sell off green industry and kill bike lanes on major arterials.

T.O.’s environmental efforts haven’t been acknowledged often enough within our city limits, but they are being recognized the world over.

Miller wasn’t made chair of the C40 group of the world’s biggest cities fighting climate change for nothing.

The list of accomplishments is long. Transit City, the mayor’s Tower Renewal initiative and Deep Lake Water Cooling are but a few of the larger projects.

We’re capturing methane gas from landfill, greening our transit fleet, outfitting ice rinks with solar systems, helping to save migratory bird populations by simply switching the lights off in our skyscrapers at night. Tweet that.

Climate change is the single most important issue of our time. Our national government is failing to lead on the issue, so cities must.

The times they are a changin.’

Neighbourhoods are taking advantage of city-backed incentives to install solar panels to power energy-sucking water heaters. And they’re developing their own plans to heat and cool homes by tapping into below-ground geothermal energy.

Sustainability isn’t just a buzzword. It’s the future. Local green manufacturing and good green job movements depend on our embracing the green revolution happening in our city. Without it, we’re relegating our future to the carbon sinkhole.

By doing the right thing for the environment, we save money and make our city more livable.

Living green is not a trend. It’s becoming a way of life in Toronto. Let’s not blow it now.