NOW MagazineNewsToronto Womens March 2018: why you should go this year

Toronto Womens March 2018: why you should go this year

A year ago, Nathan Phillips Square was home to the largest demonstration in support of gender equity the city . 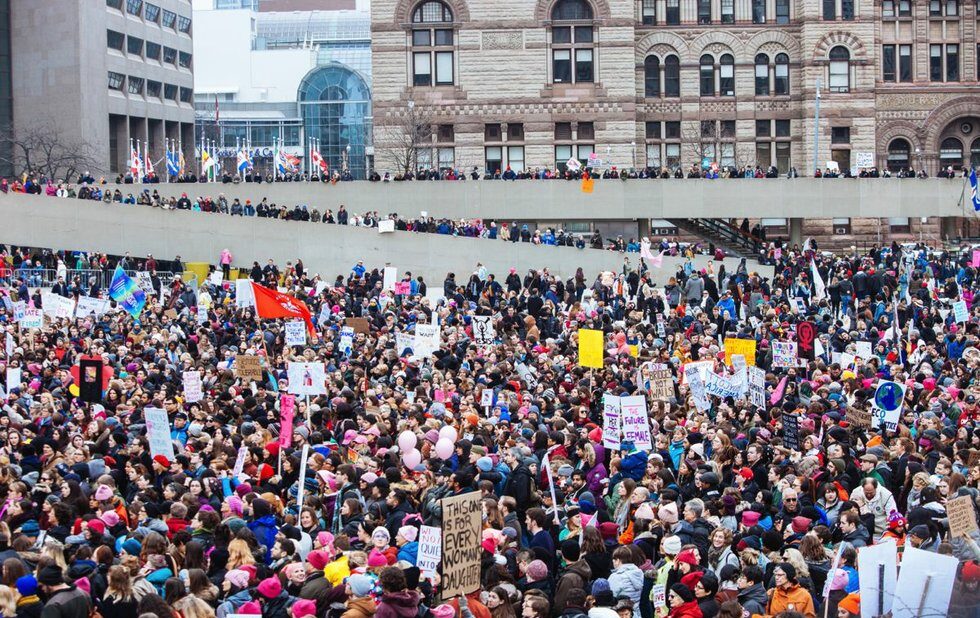 A year ago, Nathan Phillips Square was home to the largest demonstration in support of gender equity the city quite possibly, the country had ever seen. Over 60,000 people rallied at Torontos Womens March, one of 200 satellite demonstrations in solidarity with the Womens March on Washington, which was organized in reaction to Trumps presidential inauguration.

On Saturday (January 20) from noon to 2 pm, protestors will take over downtown again. But this years event, Women March On Toronto: Defining Our Future, takes the focus off Trump. Instead, organizers are dedicated to providing a platform for local issues. We spoke to co-organizer Kavita Dogra on why its more important than ever to attend.

Women continue to be underrepresented in political and leadership roles, and still earn less than men for the same work done. On a municipal level, less than 30 per cent of positions on city council are occupied by women. No country has achieved gender equality, says Dogra. If were going to build a more inclusive city, that means hearing from everyone.

Featured speakers including Dawn Maracle, Zanana Akande and Toronto city councilor Kristyn Wong-Tam are tackling a range of social and human rights issues such as race and gender equity, religion, ability, sexuality, immigration and healthcare. March attendees will also hear from many young activists who arent often given public platforms to discuss shaping the future of the city.

Last years Womens March On Washington was one of several landmark events that amplified the conversation on sexual and gender-based violence. In the months that followed, assault allegations against Harvey Weinstein and a number of other high-profile men resulted in discussions on social media about consent and rape in an unprecedented way. Those conversations are far from over.

For so long, it felt like people talked about things, but now theres a new energy behind it. I feel like people are more optimistic that change will actually come, says Dogra. If there are lots of people at the march, well know theres momentum, and if there isnt, we know our message hasnt cut through the noise.

The effort behind last years Womens March and the conversations around #MeToo have been led by women, trans and non-binary folks. While some organizations like the White Ribbon Campaign have proclaimed their allyship to anti-violence and dismantling the patriarchy, women cant fight the resistance alone. Men need to meaningfully engage and be part of the conversation, says Dogra. You should be marching with us.

Toronto residents will head to polling stations twice this year. A provincial election is slated for June, followed by a municipal election in October. Now is the time for people to bring up issues that matter to them, whether its higher wages and more affordable childcare, or better public transit and bike lanes.

Last year, thousands of marchers wore pink pussy hats” as a symbol for solidarity, but during and after the Womens March, criticism that the hats were not trans- or racially-inclusive began to emerge. Some people found it empowering, and thats their choice, Dogra says. From a visual perspective last year, it was powerful to see thousands of people in pink hats. Expect less pink in the crowd this year.

The high volume of attendees at the Womens March last year was unprecedented. Although there are other protests that tackle similar issues throughout the year, like the International Womens Day march, none have gotten over 60,000 people of all ages, genders and backgrounds. The IWD march has never been able to break through in that way, says Dogra. Issues that get highlighted at the Women’s March have a massive, captive audience. Let’s go and have our voices heard.