The mayor and prime minister have discussed a bailout for restaurants and bars, which would be retroactive to October 1 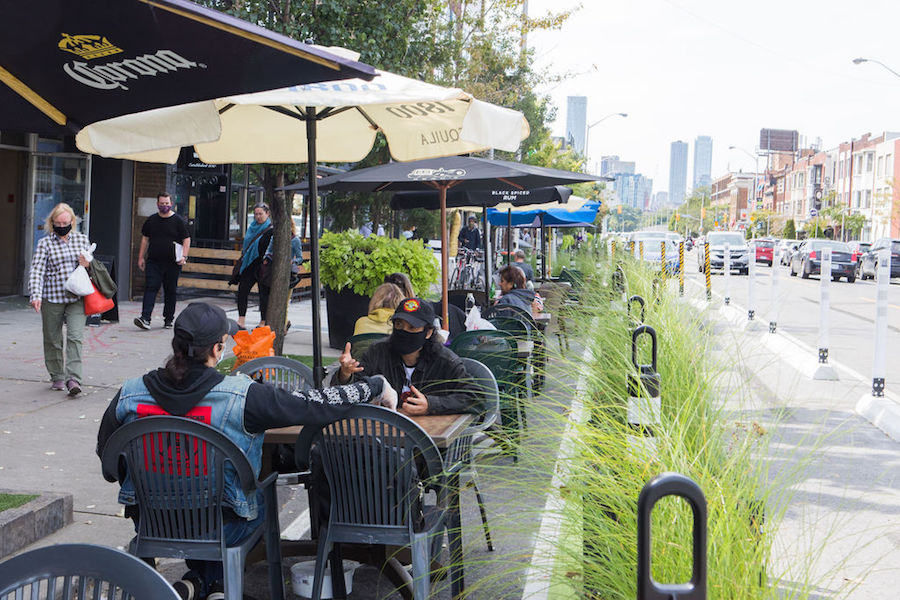 A new federal program aimed at the restaurant sector is in the works, Mayor John Tory said on Monday.

Speaking at a press briefing at city hall, the mayor said Prime Minister Justin Trudeau reached out on Sunday to discuss the ongoing response to the COVID-19 pandemic.

“We will soon have a new program to assist small business including, in particular, those in the hospitality business,” Tory said, adding that the feds indicated the program will be retroactive to October 1.

“From the general description that I’ve received, I believe the program will be responsive to the concerns that we’ve gathered, quite deliberately, here in Toronto from the restaurant industry,” Tory added.

As cases surge in Ontario and Quebec, the restaurant industry has launched a “Save Hospitality” campaign to pressure Trudeau’s government to make good on a promise in the September 15 Throne Speech to deliver an industry-specific aid program to the hospitality sector.

According to industry group Restaurants Canada, an estimated 40 per cent of independent restaurants are at risk of closing by March 2021. And roughly 10 per cent of establishments closed for good during the first six months of the pandemic.

On Friday, Ottawa announced a further $600 million for the $962-million Regional Relief and Recovery Fund. The money will help small- and medium-sized businesses weather the second wave of the coronavirus pandemic. It will be distributed via regional agencies.

I touched base with @JohnTory this afternoon. With cases rising across Toronto, we spoke about contact tracing, rapid housing, and the unique challenges facing big cities right now – and I asked what more we can do to help. Together, we’ll keep working to protect your health.

News of a federal aid program for restaurants comes as city and provincial officials appear to be at odds over whether restaurants need to be shut down immediately to limit virus spread.

Toronto Public Health is pushing the province to close indoor dining in the city for four weeks amid a surge in COVID-19 infections.

However, Premier Doug Ford said on Monday that “the overwhelmingly vast majority” of restaurants are following health protocols. He said he wants to see more “hardcore data” to determine whether the province can make good on Toronto’s recommendation.

“I have to see the evidence before I take someone’s livelihood away from them and shut their lives down,” Ford said. “I want to exhaust every single avenue before I ruin someone’s life. It’s easy to go in there and say I’m just shutting down everything. Show me the evidence – hard, hard concrete evidence.”

In an letter to Ontario’s Chief Medical Officer of Health David Williams, Toronto’s top doctor Eileen de Villa said that 44 per cent of active community outbreaks between September 20-26 were in restaurants, bars and “entertainment venues.”

“We have explored two alternative measures, such as requiring individuals to dine in restaurants only with members of their household or restricting indoor dining in areas of the city where case counts are high,” she added. “However, given the observations noted above, I do not believe that they will be either enforceable or effective, given the stage we have reached in COVID-19 resurgence.”

“We wanted to see the impact thus far,” he said. “We’re continuing to ask [Toronto] to give more data to ensure it supports any further steps.”

Toronto Public Health said on Monday the city had 301 new infections in the past 24 hours.

Last week, Quebec announced a bailout for restaurants and bars ordered to close amid surging infections in the province’s “red zones” – including Montreal.

Premier François Legault and economy minister Pierre Fitzgibbon said on October 1 that the province will cover 80 per cent of fixed expenses, including rent and electricity, for shuttered restaurants and bars.