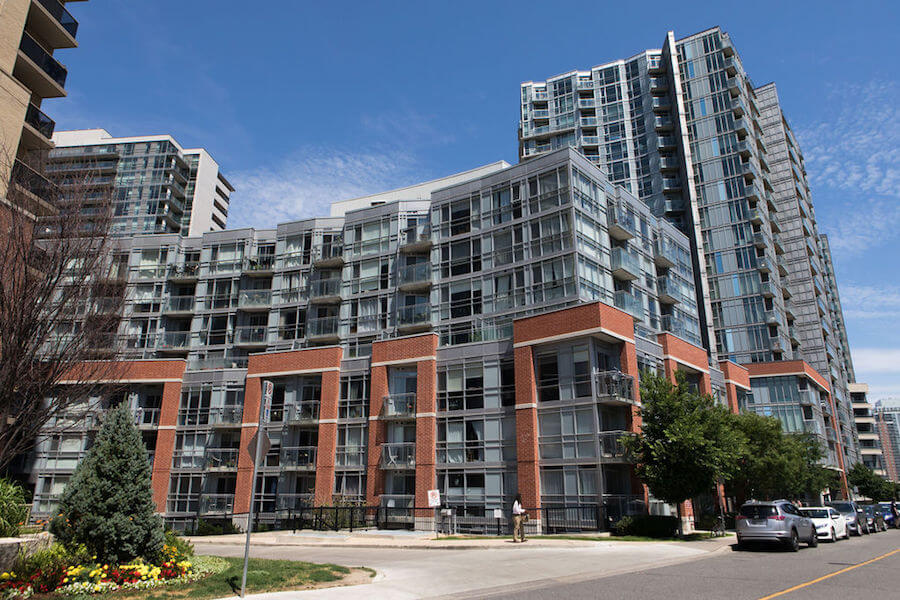 Toronto temporarily made face masks mandatory at all indoor public spaces – but the rule does not apply to apartments.

“I know that many tenants want to make sure the common areas in their buildings are as safe as possible,” Tory said during a news conference at city hall.

Though some condos have already implemented a mask rule, the mayor added he has heard from tenants who want a mask policy for private rental buildings.

“I believe that implementing these rules in buildings will help residents protect each other from the spread of COVID-19,” he said. “Especially when you take into account the number of Torontonians that live in rental residential apartment buildings.”

The mayor said he has written to the Greater Toronto Apartment Association (GTAA) to urge its members to adopt the rule. And the GTAA plans to make the recommendation.

“The Greater Toronto Apartment Association will urge our members to adopt a policy requiring face masks/coverings in common areas in apartment buildings they own and/or manage,” president and CEO Daryl Chong said in a statement to NOW. “Mayor Tory and Toronto’s Medical Officer of Health continue to implement best practices to safeguard the residents of our City and beyond. GTAA thanks them for their ongoing leadership and will continue to follow their advice.”

The GTAA has more than 200 members who manage over 145,000 residential units.

The city mask bylaw does not apply to condo buildings. Tory said it is up to individual condo corporations to pass a temporary mask policy for residents. He noted that his Yorkville condo has such a rule and has posted city signage in common areas.

Tory is also pushing the province to amend the stage 3 rules for restaurants and bars, but the city’s lawyers are not certain Toronto can undertake such measures.

“It’s possible we could, based on what the lawyers say to us, do some of these things,” Tory explained. “There’s no certainty we could do it.”

Seven more regions will move into stage 3 of Ontario’s reopening plan on July 24. Toronto, Peel Region and Windsor-Essex are remaining in stage 2.

Toronto’s Medical Officer of Health Eileen De Villa said the city confirmed 107 new infections over the past three days. Despite fluctuations, the numbers are “moving in the right direction,” she said.

Editor’s note: This story has been updated