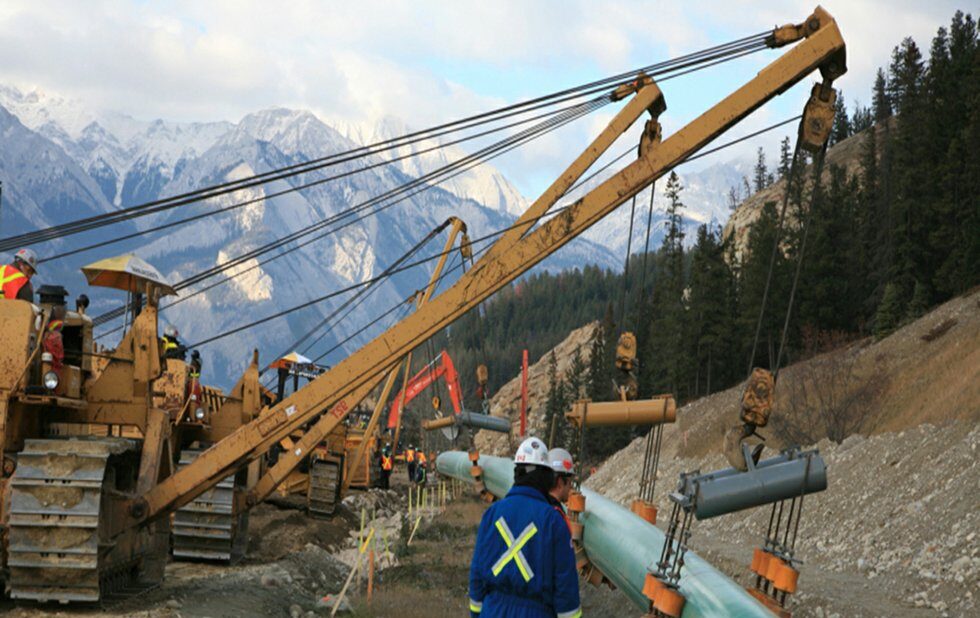 Federal approval of the Kinder Morgan pipeline expansion has morphed into a national political crisis that has pit Prime Minister Justin Trudeau’s government and the province of Alberta against British Columbia and First Nations. The dispute has been further fuelled by Saskatchewan jumping in to side with the feds against BC and First Nations.

The mainstream media has largely presented the events as a constitutional crisis focusing on the division of powers between federal and provincial governments. It’s more than that: the federal government’s decision to support the project ignores the constitutionally protected Aboriginal, treaty and land rights of First Nations and pre-existing laws related to land and resource use in traditional territories. And it marks a turning point in First Nations relations with the government of Justin Trudeau.

In a virtual town hall aired by the Aboriginal Peoples Television Network in 2015, host Cheryl McKenzie asked Trudeau a very direct question: “For some they’ll say no matter what the scientific evidence, they don’t want that pipeline on their territory. Would no mean no under your government?”

That commitment seemed to be reinforced when he also promised, if elected, to immediately implement the United Nations Declaration on the Rights of Indigenous People (UNDRIP) into law. Article 19 of that document outlines a state’s obligation to obtain the “free, prior and informed” consent of Indigenous peoples “in good faith… through their own representative institutions… before adopting and implementing legislative or administrative measures that may affect them.”

Trudeau not only promised a nation-to-nation relationship with First Nations based on recognition of inherent Indigenous, Aboriginal and treaty rights, but also to repeal legislation that had been imposed on First Nations without their consent by the Conservative Party of former Prime Minister Stephen Harper. Trudeau’s commitment to honour the decision of First Nations on pipelines was definitive.

This promise – above all others – is what seemed to attract such a strong First Nations vote for Trudeau.

Many First Nations do not vote in federal or provincial elections, but 2015 was an exception.

Harper’s Bill C-45, which significantly reduced protections for lakes and rivers, together with the Conservative government’s refusal to consult with First Nations on federal legislation and development activities, spawned the historic Idle No More movement.

Nationwide protests, rallies, marches and teach-ins led by Indigenous peoples captured the media’s attention for many months in the run up to the election. It was this strong desire to get rid of Harper’s Conservatives (a goal that was also shared by many Canadians) and the Liberal promise to obtain First Nations consent before development on their lands, that saw Trudeau’s Liberals win a majority government in 2015.

Both the BC government, which has pledged to stop the expansion, and many First Nations fear the disastrous environmental effects of oil spills both on land and water, and see approval as a major breach of Trudeau’s election promises. It has inspired a series of ongoing protests and arrests on the ground at the construction site and no less than seven federal court challenges by First Nations and municipalities in BC.

When it suits them, it seems, federal and provincial governments act as independent, sovereign authorities within their constitutional spheres of jurisdiction. When Indigenous rights are breached, they blame the other or claim an inability to intervene due to the division of powers in the constitutional divide.

This division of powers between federal and provincial governments is legally inconsistent with pre-existing Indigenous Nations, laws, governments and jurisdictions and their constitutionally protected rights. While the provinces fought hard to keep First Nation powers and jurisdiction out of the constitution during the constitutional talks of the 1980s, that does not displace its legal reality in common law or Indigenous law. Canada’s failure to address First Nation jurisdiction inside or outside federalism was bound to lead us here.

Trudeau’s election platform should have been a warning sign of things to come – he pledged to respect our right to say no to development, while at the same time supporting the Kinder Morgan pipeline expansion. To say Trudeau’s betrayal is a disappointment would be an understatement.

Most First Nations expect that the provinces will breach their Aboriginal and treaty rights – they always have and likely always will. However, Trudeau promised real change at the federal level and reassured First Nations and Canadians alike that the colonial, paternalistic ways of the past were over and that a renewed relationship based on respect for First Nation rights was the path forward.

Trudeau’s approval of the Kinder Morgan expansion is proof – once and for all – that even the most charming leader, with the biggest tears and sincerest sounding apologies, who is “absolutely” committed to reconciliation with Indigenous peoples – can and will ignore those rights in the name of corporate interests every single time.

Indigenous leaders of all political backgrounds must base their political, legal and negotiating strategies on this reality if they are to protect the future generations of First Nations and Canadians alike.