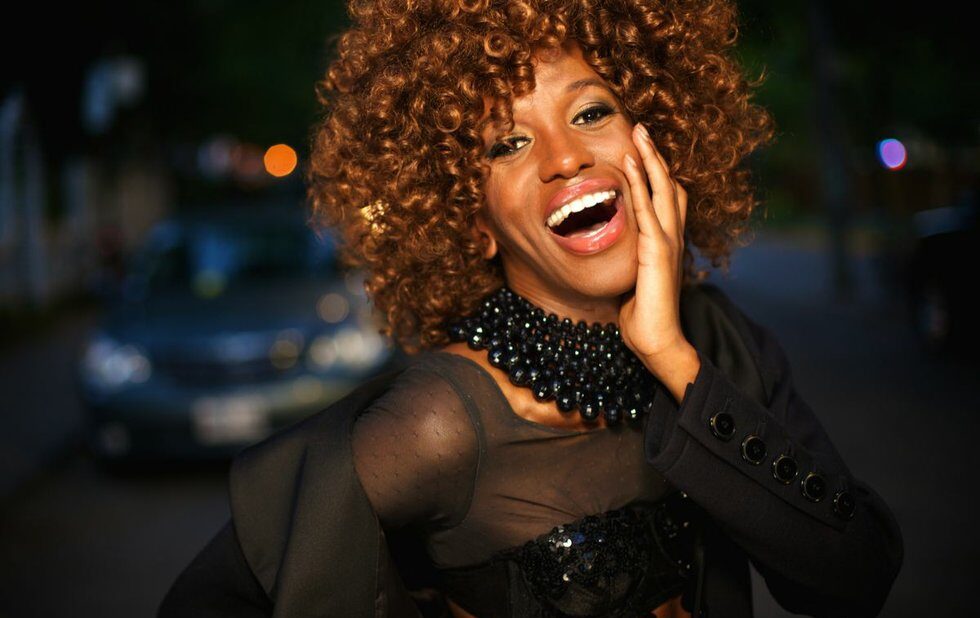 Kenyan trans activist Biko Beauttah says her life would be very different had she stayed. When asked what her life would be like back in Kenya were her petition denied she said: I would most likely have been a successful doctor

Biko Beauttah is a tireless human rights activist. She’s a board member for Pride Toronto and The 519. She’s sat on tolerance and equity panels for the Canadian Council for Refugees and the Refugee Pride Convention, and she was one of the first queer people of African descent to open the Toronto Stock Exchange.

And yet, with such a brilliant resume, Beauttah, like many trans women of colour who face employment discrimination, says that she can’t find a job.

So, she came up with a solution: “I threw myself a job fair.”

On November 20, Trans Workforce, the organization Beauttah founded, will host a fair that connects 20 companies including Apple, TIFF, TD Bank, Indigo/Chapters, 519 and the City of Toronto with jobseekers from the trans and gender non-conforming communities.

The event, which will be held at the TIFF Bell Lightbox and coincides with the Transgender Day of Remembrance, promises to be an equal opportunity space for qualified talent.

Beauttah says she spent three years trying to get the job fair off the ground, “literally pounding the pavement, cold calling and knocking on doors.”

Granted asylum in Canada as a trans woman, Beauttah, who fled from her native Kenya 11 years ago, was driven by a desire to “crack the last glass ceiling of the gay liberation movement.”

“At Stonewall, trans women of colour like me threw the first bricks, igniting the gay liberation movement for all people to have equal rights,” says Beauttah. “Since then, gays and lesbians have gone on to advance themselves in so many different ways. But when I look around, the T in LGBT seems like an afterthought.”

The trans community hasn’t benefited from the advancements that their activism helped to ignite, including upward social mobility.

According to a Trans PULSE survey, 71 per cent of trans people in Ontario have at least some college or university education but 50 per cent earn $15,000 per year or less.

“The diversity and inclusion we see is at the bottom we don’t see it reflected at the top,” says Beauttah about the absence of trans and gender non-conforming people in upper level corporate positions, one of her motivations for targeting big-name companies for the fair.

“If you’re a corporation that says, ‘We hire trans people,’” she adds. “I ask: ‘Do you promote trans people? Are they execs?’”

Beauttah also cites a National Centre for Transgender Equality survey, which found that one in four transgender people in the U.S. have lost a job due to bias, while more than three-fourths have experienced workplace discrimination.

Being frozen or forced out of the job market leads many in the trans community to rely on underground economies, such as sex or drug work.

“I call it a trans-solution,” she says. “A solution for trans people by trans people. That’s what I aim to accomplish.”