NOW MagazineNewsFor trans people, navigating the health-care system can be fraught with abuses

For trans people, navigating the health-care system can be fraught with abuses

"It wasn’t the first time my gender identity had been questioned, but I never expected such blatant prejudice and dismissal from a doctor." 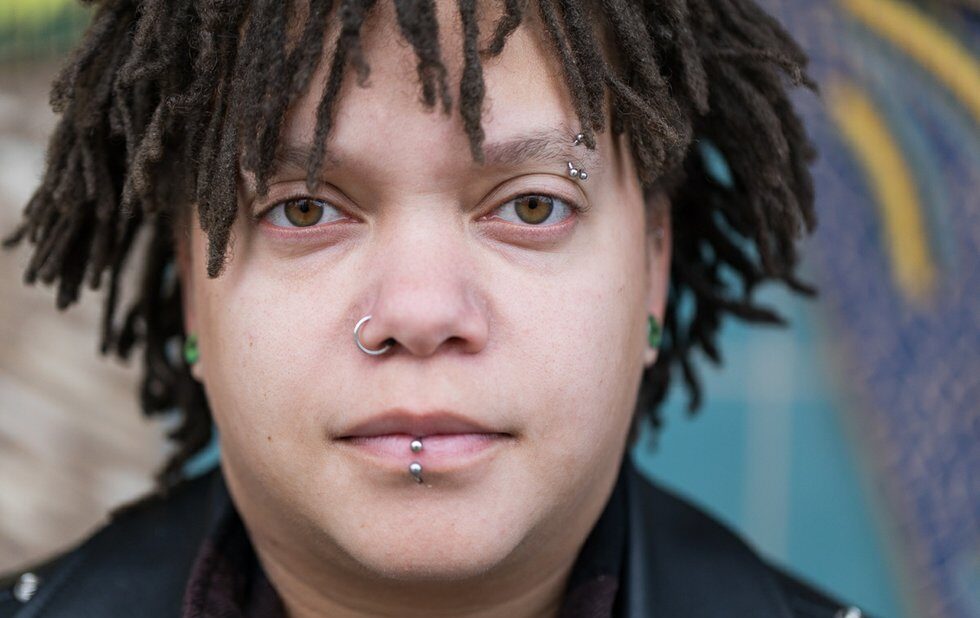 Trans people have always been a part of many communities, yet our legitimacy continues to be questioned.

We’ve been harassed and our privacy compromised as if ignoring our existence somehow renders us invisible. Trans people are real people who are living complete and sometimes complicated lives just like everybody else, with ups and downs and traumas and experiences with racism, mental illness, poverty, substance and other forms of abuse.

There are consequences to the dismissal of these lives. It’s no coincidence that trans people are among the highest percentage of murder victims, homeless people and people suffering from depression and suicidal thoughts.

In November 2017, I underwent top surgery. It had taken me four years to even set a date, and I had to take out a loan and start a GoFundMe campaign to pay for it.

Prior to surgery, I had a career in cooking that ended for various reasons, including mental illness and transphobia. My goal was to have surgery so I could get back to work.

After two weeks of bed rest I became concerned about the healing of my scars. Normally I’d go to my family doctor, but I didn’t have the bus fare. Financially I was struggling since I had to pay for my surgery. I was on ODSP. I also didn’t want to travel far in my condition. I decided to go to a walk-in clinic on Dufferin close to my house.

When I entered, the receptionist handed me an intake form for new patients. I wrote down my given name but also included my preferred name, Jordan, in brackets. I listed my gender as male. I just wanted my pronouns respected, and I’ve had no problem doing this in the past.

As a trans person, navigating the health care system can be difficult. Just completing medical forms can feel like you’re being forced to erase yourself.

I told the doctor who saw me that I was experiencing anxiety about my scars and healing from my surgery. He didn’t seem concerned. He asked why I had written down two first names on my patient form. I told him Jordan was a preferred name and that I am a trans male.

He wouldn’t call me by my preferred pronouns and said that he didn’t “know” me and couldn’t help me with my anxiety.

It wasn’t the first time my gender identity had been questioned, so I knew I had to try and stay calm.

I asked him if he could check my scars to see if they were healing properly. He said no. He was rushing me out without taking the time to address my medical concerns. This had me very confused.

I started to feel as if I’d done something wrong and my anxiety grew. By now I was breathing heavier. I never expected such blatant prejudice and dismissal. He insisted I leave.

The doctor called in the receptionist from the front desk. They kept using wrong pronouns as they were telling me they were unable to help me. I didn’t understand why the doctor couldn’t at least look at my scars. Neither could give me a straight answer. They escorted me out of the examination room.

I ended up in the waiting area, where the receptionist continued to argue with me about my gender, pointing to the photo on my health card as justification. I pointed out that there is no gender stated on my health card (health cards have been gender neutral since 2016) and that she had no place telling me what gender I am. She threatened to call Service Ontario to “prove” my gender to me. She began to yell and at one point called me a bitch which triggered a panic attack in me. I have little recollection of what happened after that. I remember knocking papers off her desk and leaving.

Outside the clinic, a woman passing by saw the state I was in and offered me bus fare, which I used to go see my counselor and nurse practitioner at Parkdale Queen West Community Health Centre.

I’ve experienced various levels of transphobia in the past, but this incident exacerbated my mental health issues. It made me feel bad about myself, affecting my ability to function and carry out daily tasks.

I isolated myself, barely leaving my apartment for many months. I attempted to find part-time work, go to the gym and for walks to deal with my fears. I was emotionally raw at a time when I should have been happiest. My personal relationships suffered and I began to use various substances to cope.

During this time, I had to find a new apartment. My housing situation became precarious as I faced discrimination from landlords on numerous occasions. I became homeless for four months. I feared using the shelter system as a trans person so decided to ride streetcars all night when I couldn’t find a couch to crash on.

I had support to get back on my feet and am now pursuing legal action against the clinic through the Ontario Human Rights Tribunal. My new birth certificate with new legal name finally arrived in the mail on New Year’s eve. But many trans people aren’t so lucky.

Many of us internalize mistreatment and hate ourselves for it. Systemic barriers to health care and other services are causing us to become more isolated from society.

To all the trans people out there feeling alone or abused, I’d like to say that you are valid. You are loved. There is nothing wrong with you. I encourage you to stick up for yourself, reach out for support and speak up to those who seek to silence you. Their hatred has nothing to do with you.