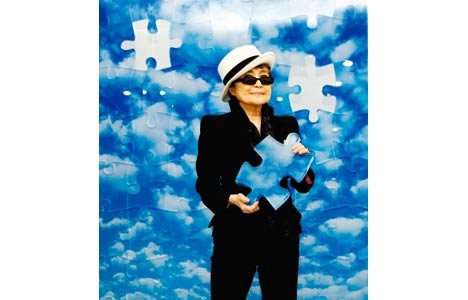 What this long-awaited plan, entitled Breaking The Cycle: Ontario’s Poverty Reduction Strategy, tells us is that governments are back in business, trickle-up economics is the policy du jour and social movements have become a critical ingredient in forging robust policy in a recessionary era.

Though the anti-poverty crusade had a champion in Deb Matthews, Ontario’s minister of children and youth services and minister responsible for women’s issues, it functioned as an extra-parliamentary campaign that included charitable foundations, food banks, social policy experts, business leaders, unionists and neighbourhood groups.

This movement propelled an about-face in approaches to poverty and set the standard for a new model of how the grassroots can shape government action in a financial crisis.

Seen one way, the report, which aims to reduce poverty by 25 per cent in five years, is simply an ethical way to save money by reducing poverty’s invisible costs, but viewed in the context of today’s recession, it’s also a stimulus package in disguise.

Giving money to the poor isn’t like subsidies to everyone else. When high-income earners get tax breaks, they tend to pay off their debt. When low-income people get more cash, they spend immediately, mostly on food and other necessities that have huge economic multipliers.

An anti-poverty strategy is thus an anti-recessionary investment that can benefit everyone. Reducing poverty, the report says, is “the smart thing to do for our economy.” Poverty has become a luxury, and “as a society, we can’t afford it.”

This breakthrough concept was foreshadowed in a November report from the Association of Food Banks entitled The Cost Of Poverty: An Analysis Of The Economic Cost of Poverty In Ontario.

It established a new cost-benefit paradigm for identifying the value of anti-poverty measures: the degree to which the potential exists for “societal benefits.”

It laid out clearly the “dead-weight costs” imposed when governments don’t spend money to reduce poverty. Poor people – the bottom fifth of income earners, who live on less than $25,000 for a family of four – are an expensive load for taxpayers to carry, the report argues.

The costs of poverty in Ontario come to more than $32 billion a year – almost $3,000 per household annually. More than one in 10 tax dollars go down the black hole of coping with poverty’s effects.

This amounts to about 6 per cent of Ontario’s gross domestic product, equal to the entire cost of post-secondary education. Taxpayers shell out about $7 billion a year more than they would have to if poor people didn’t suffer the health consequences of poverty.

Breaking The Cycle moves on to the agenda exactly when the public is demanding that public money be spent in ways that best prime the pump and when society seems ready to discard old dogmas from the “Washington consensus” days of the 1990s.

Watch this model of recovery reconfigure the way social policy is made and the way savvy social and enviro movements deal with today’s governments.

The province’s new anti-poverty initiative is committed to:

• INVESTING $1.3 billion in the Ontario Child Benefit to provide 1.3 million families with up to $1,310 yearly.

• SPENDING $80 million over three years to support a mental health and addiction strategy.

• TRIPLING the number of annual non-repayable grants for 120,000 students.

• PONYING UP $5 million annually for the Community Opportunities Fund, which revitalizes neighbourhoods.

• GIVING $33 million to help communities use schools for after-hours activities.