Is Trudeau’s purchase of Trans Mountain pipeline really in the national interest?

Besides nuclear annihilation – and it’s hard to see how exporting tar sands oil plays a role in protecting us from that – we face one existential threat above all others: climate change 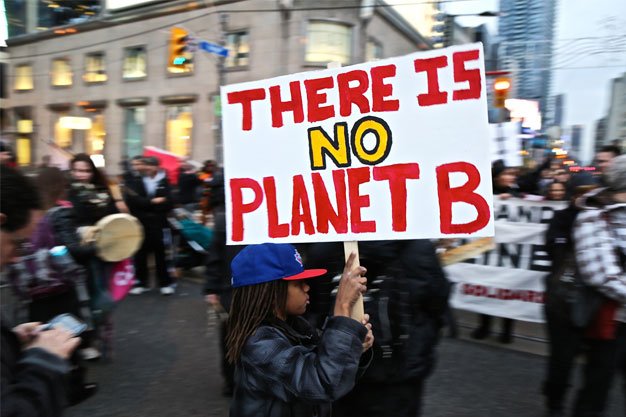 Before the 2015 election, Green Party leader Elizabeth May assured us that, unlike his predecessor, Justin Trudeau “gets climate change.” Does he? Do we?

During the controversy over the expansion of the Kinder Morgan pipeline, our prime minister’s main intervention in the dispute between Alberta and British Columbia has been to assert that the expansion must and will happen because it is in the “national interest.” This assertion has not been a means of starting a conversation but rather of ending one.

Amid claims that the country must be able to get its resources to market, Trudeau has not explained why Alberta’s interest in developing the tar sands trumps British Columbia’s interest in maintaining the coastal environment it depends on for its fisheries and tourism industries.

So Alberta’s interests coincide with the national interest but British Columbia’s do not. It is imperative that Canadians carefully examine this claim before endorsing the expansion, let alone agreeing to use taxpayer dollars to buy it.

A good starting point is to examine the very idea of national interest as it has been used through the centuries by “realists” in international relations. To them, the national interest is an existential struggle for survival that forces leaders to act quickly or else they will lose out to those who do.

In what way can Trudeau claim that the national interest applies to the Trans Mountain pipeline expansion?

He is correct in asserting the national interest if he means that our collective interests as Canadians should supersede the particular interests of provinces. That is what sovereignty means, and the idea that provinces should have veto power over what they can and can’t export is problematic.

However, this is not what the BC government is trying to do. They are interested in protecting the rights of Indigenous groups within their jurisdiction and their environment more generally, to which pipelines and oil tankers pose an undeniable threat.

This conflict points to the weakly defined nature of Canadian federalism, which certainly could use some clarification. But what is the Canadian national interest in Kinder Morgan’s expansion plans?

While all sorts of interests may affect Canadians, not all of these things affect our national interest. To rise to that level the issue must in some way relate to a potential threat to our survival as a state and society. What kind of threats to our survival should unite us in this sense?

Besides nuclear annihilation (and it’s hard to see how exporting tar sands oil plays a role in protecting us from that) we face one existential threat above all others: climate change.

This is a threat shared by all humanity, not just Canadians, and quite different from the threats those “realists” have in mind, which are mostly other states, not environmental collapse.

What policies could protect Canadians from this existential threat to humanity?

Reducing our consumption of fossil fuels, of which we are per capita among the most gluttonous users on the planet, would be a start. But as a tiny percentage of the world’s population, that wouldn’t make much difference. The only policy by which Canada can make a meaningful impact on this threat is to declare that all fossil fuels under Canadian territory will stay in the ground (and to pressure other states to follow suit).

Claims that what’s good for the oil sector is good for all Canadians are not new. But they ignore what has been termed the “resource curse” in places like Nigeria or Venezuela, where the dominance of their oil industries have seen all their other industries including agriculture wither away.

Many Ontarians are aware that when the oil industry booms in Alberta, manufacturing in Ontario suffers from the higher exchange rate on the loonie, which undermines non-oil exports.

But to get back to the larger picture: what’s a greater threat to the average Canadian (or citizen of any country), losing their job or the destabilization of vast areas of the world by drought, extreme weather and the resulting flood of environmental refugees?

Collective interest in the survival of this planet in a recognizable form not only trumps any national interest but defines the national interest of all states. It is time that world leaders, including our prime minister, recognize this reality.

Arnd Jurgensen teaches international relations at the University of Toronto.