Trumpism in Canada? Erin O’Toole be thy name

While Trumpeteers were laying siege to the Capitol on Wednesday, Conservative Party operatives and supporters in Canuckistan were getting in on the misinformation on social media 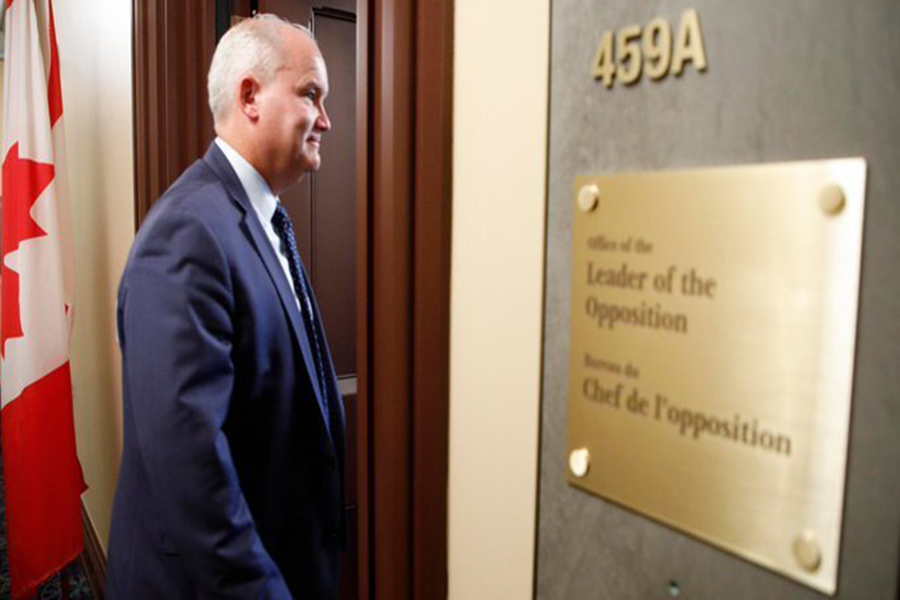 It’s the question on everyone’s lips: Can what happened in Washington DC on Wednesday happen here? Canada, don’t be naive.

While Trumpeteers were laying siege to the Capitol on Wednesday, Conservative Party operatives and supporters in Canuckistan were getting in on the misinformation on social media.

Some were making familiar apologies for the rioters. It wasn’t their fault, they said. After all, the election was “stolen” from Donald Trump. Some downplayed the chaos. Others, including one notable party insider who has since apologized, busied themselves pushing the conspiracy theory that the insurrectionists were actually Antifa.

Then Conservative Party of Canada leader Erin O’Toole weighed in on the chaos stateside.

“The storming of the Capitol Building is an astonishing assault on freedom and democracy. I am deeply saddened to see chaos grip our greatest ally today,” O’Toole posted on Twitter.

The reaction from all sides was swift.

This is the same guy, after all, who borrowed liberally from the Trump playbook to win the party’s leadership with his “Take Back Canada” race-baiting and “Canada First” sloganeering. Sound familiar?

He also coddles toxic Trump wannabes and anti-vaxxers in his caucus (Pierre Poilievre, Derek Sloan, Michelle Rempel-Garner) many of whom are active on Parler, the Nevada-based social networking platform popular with all manner of right-wing extremists. His deputy leader, Candice Bergen, is a proud adherent of the Make America Great Again faction in the party. Now the party is claiming on its website, à la Trump, that Trudeau is already “rigging” the next election.

O’Toole’s connections to Trump-loving groups like Canada Proud and Ontario Proud run deep. His former leadership campaign chair, Jeff Ballingall, is the founder of both groups. And since his election as the leader they’ve been working to remake his “too, short, too fat, too bald” image. O’Toole has gone from “compassionate Conservative,” which is what he used to call himself, to Proud Boy-esque Top Gun, posing in party PR photos in Royal Canadian Air Force gear. O’Toole served in RCAF, but he’s no Tom Cruise. He served on a helicopter in search and rescue. But that’s another story.

It’s no surprise then that political opponents accused O’Toole of being a hypocrite when they saw his condemnation of events in the U.S.

Those in O’Toole’s own party got in on the criticism, saying he’s not right-wing enough and warning darkly that the same fate awaits Canada and politicians that supposedly ignore the proverbial “will of the people.”

A simple scroll through O’Toole’s social media feeds – or those of his closest caucus lieutenants – reveals that Trumpism is alive and well in spades in the Conservative Party; and in particular in the party’s base out west, where a separatist movement has given rise to the Maverick Party and consequently seen O’Toole veer further right toward extremists.

And while most political observers agree that our politics are not as polarized as the U.S. (yet), there’s no denying that Canada’s Conservative party shares a similar antipathy towards liberals (aka “libtards”) and anyone else who may occupy space on the political spectrum anywhere left of Attila the Hun.

This is most clearly seen in the Conservative party’s antipathy towards “communist” China (O’Toole never mentions China without pointing out it’s communist) and, in particular, Prime Minister Justin Trudeau.

The hate-on for the PM is visceral (deranged, some call it). To be sure, the fevered Conservative rhetoric of the PM not being smart enough, tough enough, Canadian enough (many believe the preposterous lie he’s the offspring of Fidel Castro) has led to several death threats made against the PM.

Back in June 2020, Corey Hurren, a fan of conspiracy theories – including that “global elites” unleashed the coronavirus – crashed his pick-up truck through the gates of the PM’s residence in Ottawa looking for Trudeau. The RCMP reported he had a number of firearms.

Over the holidays, the hashtag #WhereIsJustin started trending. The PM was staying at Rideau Cottage. There were numerous sightings of him on walks. Still, the outrage and conspiracies among Conservative persisted that, like other politicians, he was vacationing in some far off sunspot while the country suffered through another pandemic lockdown.

With every tweet and retweet (some pushed by bots) the hashtag kept trending off and on for days.

None of it was true, but that’s not the point. As Trump and other autocrats before him have shown, repeat the lie often enough and it becomes reality. Indeed, there’s been a noticeable uptick in anti-Trudeau misinformation on social media as his numbers in public opinion polls have gone up and O’Toole’s are dipping.

While the exponential growth in social media platforms like Twitter and Facebook has allowed extremist sentiment to flourish, the seeds in Canada’s Conservative movement were planted before O’Toole arrived on the scene. Stephen Harper’s fomenting of anti-Muslim sentiment was followed by Andrew Scheer’s dalliance with the Yellow Vest movement out west.