The TTC is bringing back fare inspectors 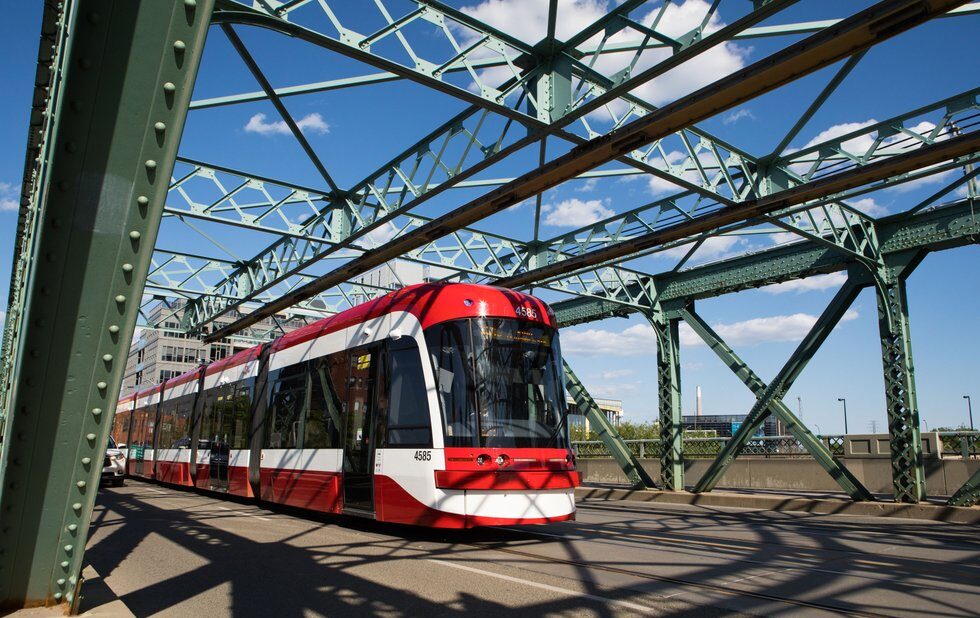 Fare inspectors are returning to their traditional roles this summer.

During the coronavirus pandemic, public transit inspectors were deployed across subway stations “to provide customer service,” but have not been travelling on TTC vehicles or checking payment.

For the month of June, the inspectors will return to TTC vehicles, according to the transit agency’s the website, “to remind customers to pay their fare” and will be stationed at key surface transfer points to “observe and educate customers to make sure they are tapping their PRESTO card.”

The inspectors will then be “phased back” to their traditional roles, explains TTC spokesperson Stuart Green in an email to NOW.

Currently they’re doing off-board education, not inspection, and will return to on-board observations with PPE and distancing in about a week. In July, they’ll resume “proactive inspections” and full regular inspections later in the summer, including issuing tickets.

“Given reduced ridership on the streetcar network, fare inspectors were re-assigned to customer service roles in the early days of the pandemic in order to assist in subway stations and monitor crowding,” says Green. “As ridership has started slowly coming back, it was important to phase the inspectors back into their traditional roles.

“The city’s auditor general identified fare evasion losses in excess of $60 million a year and recovering that lost revenue is important to fund TTC operations,” he continues. “Ensuring we are recovering as much fare revenue as possible is especially important in view of the exceptional losses we’ve seen during the pandemic.”

Before the coronavirus pandemic sent ridership into freefall, the TTC was in the midst of a controversial advertising campaign about fare evasion. A report to the transit agency’s audit committee read that “a culture shift towards fare compliance and a reset of social norms are needed to disrupt negative customer behaviour.” That language made its way into criticisms that have persisted about fare inspectors for years – that they disproportionately target marginalized communities.

Last year, a Toronto Star investigation found that of tickets issued between 2008 and 2018 that recorded the race of the rider, 18.5 per cent listed the subject as Black. Black residents account for about 10.7 per cent of people who commute by public transit in Toronto according to a 2016 census.

After a series of reports and videos of fare inspectors violently handling riders, the TTC acknowledged in 2019 that “the public’s concerns regarding racial profiling and anti-Black racism in transit enforcement activities should be taken seriously, and we recognize that we must be proactive in addressing these concerns to restore public trust and confidence across all aspects of the TTC’s operation.”

The decision to bring back fare inspectors coincides with protests against anti-Black racism and police brutality across the United States and Canada, including here in Toronto where the SIU is investigating the death of Regis Korchinski-Paquet. There have been campaigns to defund the police, echoing similar outcries to decrease the powers of the TTC’s fare inspectors.

Green says that following the ombudsman’s report, fare inspection training has been “modernized to include conscious and subconscious bias training.”

“We want all Torontonians to feel safe and welcomed on the TTC and to that end we are working with Toronto’s Confronting Anti-Black Racism unit to ensure we are in line with the city’s Action Plan to Confront Anti-Black Racism,” he says.