Rating: NNNNNrighteous columnistWe're not sure if this is the result of the latest editorial directive from the Aspers, but were.

We’re not sure if this is the result of the latest editorial directive from the Aspers, but were pretty sure National Post columnist Christie Blatchford declared her allegiance to Israel in a strange column last Saturday. I am “one of those… wannabe Jews,” Blatchford wrote, adding that “I am remarkably unmoved by what is ordinarily termed the plight of the Palestinians.” How convenient. We’re sure Blatch’s boss will be delighted.

We’re sorry to bid adieu to columnist and former Tory fixer Dalton Camp this week. Besides the fact that he was Canada’s most literate political writer, we admired his defence of anti-globalization protestors and dedication to the notion that governments are there to build communities, not tear them down. Farewell, friend.

A “Tribute to Mike Harris” will kick off the Tory leadership convention tonight (Thursday, March 21) at the Metro Toronto Convention Centre. Get on down there for 6:30 and celebrate the fact that the soon-to-be-retired preem won’t have the province to kick around any more. Buh-bye, Mike.

We should have known something was up when Grit MP Dennis Mills featured a shot of the Pope in his official Christmas card. Word is, he’s got his sights set on being made a Papal Knight or maybe Canadian ambassador to the Vatican. You can ask His Holiness yourself next time you see him in his bubble-mobile on the Danforth.

greenwash of the week

The Globe and Mail had a full-page ad last Saturday touting the winners of its Globe Awards for Environmental Excellence. The finalists included, and we hope the folks at Earthroots and Greenpeace are sitting down for this, Ontario Power Generation, Suncor Energy, Irving Oil and the Forest Products Association of Canada. And you thought only figure skating judges were living in la-la land. 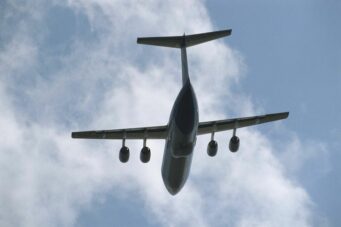