Rating: NNNNN“There certainly is a poverty agenda, and it’s worthy of addressing.”Amazing how a Liberal by-election loss has Grit Finance. 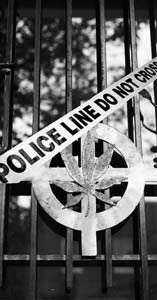 “There certainly is a poverty agenda, and it’s worthy of addressing.”

Pressure from shareholders and customers has so far failed to stop Kimberly-Clark from clear-cutting Canada’s ancient forest for facial tissue. Greenpeace activists stormed the offices of the boreal-forest-killing giant on Monday, February 12, but company officials still refuse to meet with them. How long does KC think it can keep blowing its nose? www.stopkleenex.com.

It’s as if slavery never happened, judging, that is, by the tepid reaction of senior governments to writer Afua Cooper’s efforts to mark the bicentenary of the abolition of slavery. Cooper, who is organizing a number of events through the newly formed Committee to Commemorate and Memorialize the Abolition of the Atlantic Slave Trade (CMAST), says the province and feds have largely ignored her efforts and requests from the black community to fund events — even though Canada supported a UN resolution to commemorate this chapter in our history. Happy Black History Month indeed.

Bruce Mau, the overhyped and overwrought design whiz who gave us the Indigo Books look, is packing up his protractor and type catalogues for Chicago because the Windy City is more simpatico to the windy one. Seems Mau’s recent tacky and intellectually challenged Massive Change gallery scam was better received by the saps in the pork product packing capital of the world. Toronto has never — sniff, sniff — given the Mau man the recognition he deserves, friends say, despite all the fawning ass-kissing of the local media and Enlightened Rich©. If this guy is so smart, how does he explain his rambling design for Downsview Park? Can we expect a refund on this failed Mau-sterpiece?