NOW MagazineNewsHacking the crisis in Venezuela

Hacking the crisis in Venezuela

Propaganda war hits Toronto after local Consulate officials use doctored photo to call for community gathering on upheaval back home, then fail to show 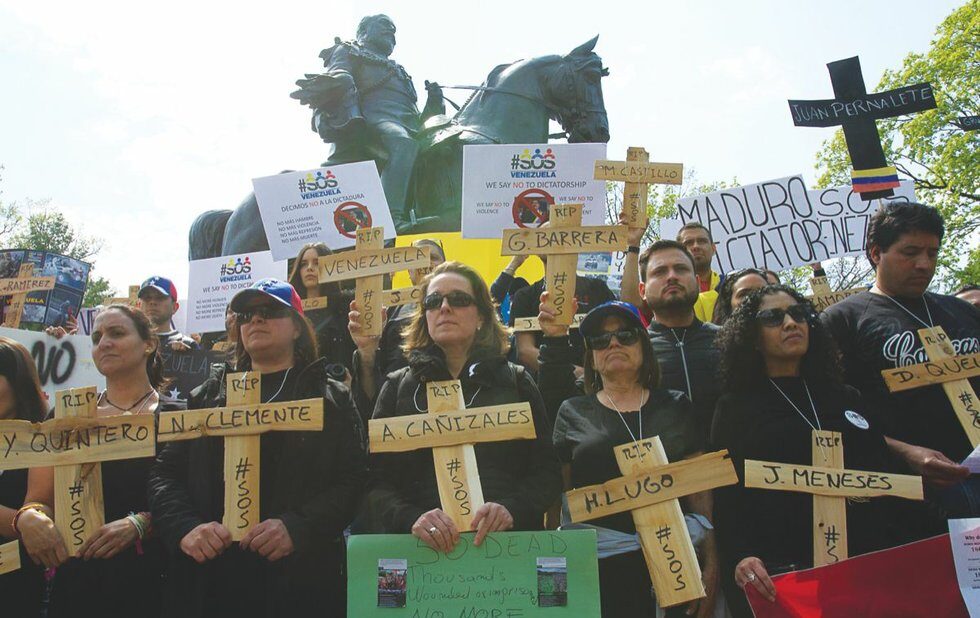 Amid ongoing mass protests and a humanitarian crisis in Venezuela, local Venezuelans gathered at Queen’s Park Saturday, May 13, for what they thought would be a public discussion of ways expatriates could promote peace efforts back home.

But officials from the Consulate of Venezuela in Toronto who called for the community gathering never showed.

By then, a poster promoting the event and alleging “terrorism” against Venezuelan government’s opponents, had been removed from the Consulate’s website. Turns out the poster, a scene from anti-government protests back home, had been doctored to show masked demonstrators holding handguns and one carrying what looked like a semi-automatic machine gun. The words “Not [sic] to M.U.D.’s brand of terrorism” accompanied the photo. M.U.D. is the Mesa de la Unidad Democrática, a coalition of centre-left and centre-right parties formed in 2008 in opposition to the late Hugo Chávez, who before his death handed over the country’s reins to his handpicked successor, Nicolás Maduro. 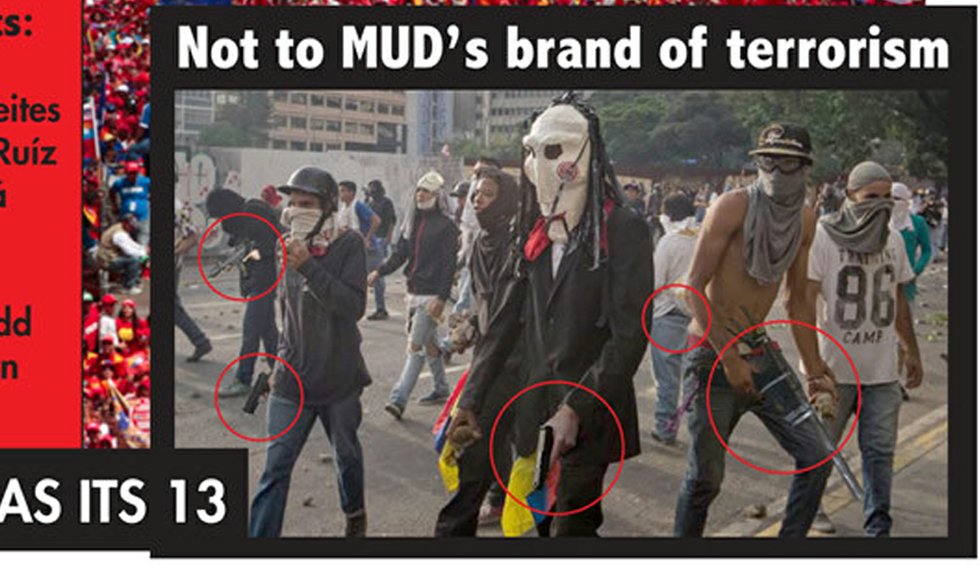 Shortly after the poster was taken down, the Consulate issued a statement claiming that its website had been hacked and that it was working “as fast as we can to create a new website.”

The statement says that a formal complaint has been lodged with the Venezuelan government “with the firm demand that those responsible be punished for the violation they committed, moved by hatred and anarchy.”

It goes on to call “for unity to achieve the reconstruction of the Bolivarian Homeland through the Constituent Assembly and our sacred Constitution.”

But several follow-up phone calls from NOW and an in-person visit by this reporter to the Consulate’s offices requesting clarification on the alleged hacking incident went unanswered. We were eventually directed to contact the government of Venezuela in Caracas.

Eduardo Harari, senior content editor for La Portada Canada, a Toronto-based newspaper covering Latin America, calls the incident “very disturbing. However we are used to this kind of propaganda and manipulation by this government.”

Harari, who was able to speak to the Colombian freelance photographer Miguel Gutiérrez, who took the original photo for the news agency EFE, as well as to his editor, explains that someone stole and altered the photo. In the original, protesters held rocks. The government proceeded to use the doctored photo as part of its PR efforts against the opposition M.U.D., says Harari.

The country’s opposition currently holds 112 of the 167 seats in the Venezuelan National Assembly, but Maduro still holds the balance of power, relying on the United Socialist Party’s age-old alliances in government institutions (including the Supreme Court and military) to exercise his authority.

Since Maduro’s rise to power in 2013, hyperinflation has reached 700 per cent in the South American country and is expected to climb to more than 1,000 per cent in 2017, according to the World Bank. Despite a wealth of oil resources, the nation continues to suffer severe shortages of food and medicine.

“It has become common to see people scavenging for whatever leftover food they can find from garbage piles,” Montreal councillor Maria Torres, who comes from Venezuela and returns annually to visit family, told Parliament’s Subcommittee on International Human Rights last month.

Crime rates in Caracas have also been on the rise. It’s now the world’s deadliest city, Torres told the committee. She says there have been some 20,000 homicides reported in Venezuela in 2016, more than half the victims between the ages of 15 and 30.

In the middle of the current upheaval, a number of Maduro’s political opponents have also been arrested, most notably Leopoldo López, leader of the opposition.

Lopez’s wife, Lilian Tintori, met with Prime Minister Justin Trudeau in Ottawa on May 16 to urge the Canadian government to call for her husband’s release. The PM repeated calls on the Venezuelan government “to restore constitutional order, including the release of all political prisoners, and to set an electoral calendar without delay.”

Some 43 protesters have been killed by government forces in Venezuela since the latest rounds of protests began last year. Several candlelight vigils have been held in the capital, attended by mothers, daughters and sons of those killed. 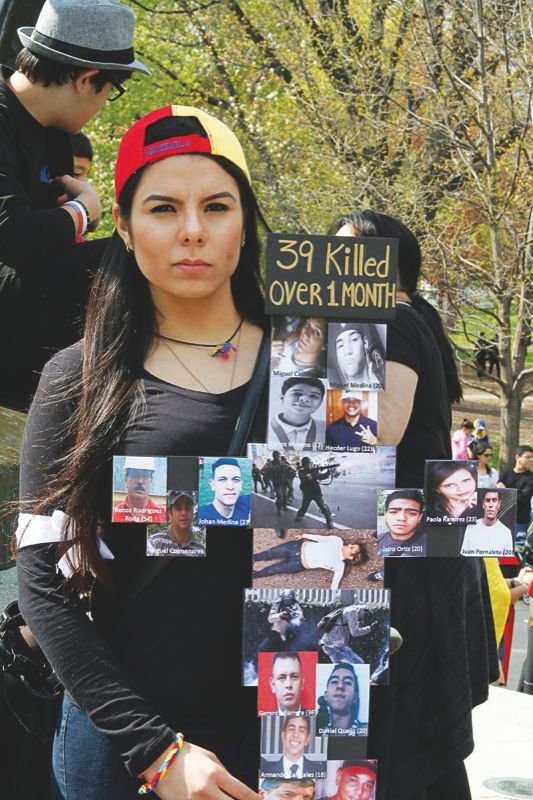 Among them at an April 30 vigil was Alexandra, a 27-year-old architecture student who has since applied for political asylum in Canada, afraid that her role in organizing a referendum as part of the opposition has made her a target.

“I cannot go back to my country because I know they are waiting for me,” she told me at the May 13 Queen’s Park gathering.

Julio, from Ecuador, whose wife is from Venezuela, was another at Queen’s Park. He called on the international community to intervene in the crisis in Venezuela.

“This has been going on for a long time now,” he said.

Sarfatti says locals need some assurance from the Venezuelan Consulate that the alleged hack of its website has not resulted in sensitive information about them getting into the wrong hands.

“As a Venezuelan registered in the Consulate, my personal information is vulnerable,” she says.