"I'm prepared to take this as far as it needs to go," says the national security reporter – even though he's not optimistic about winning 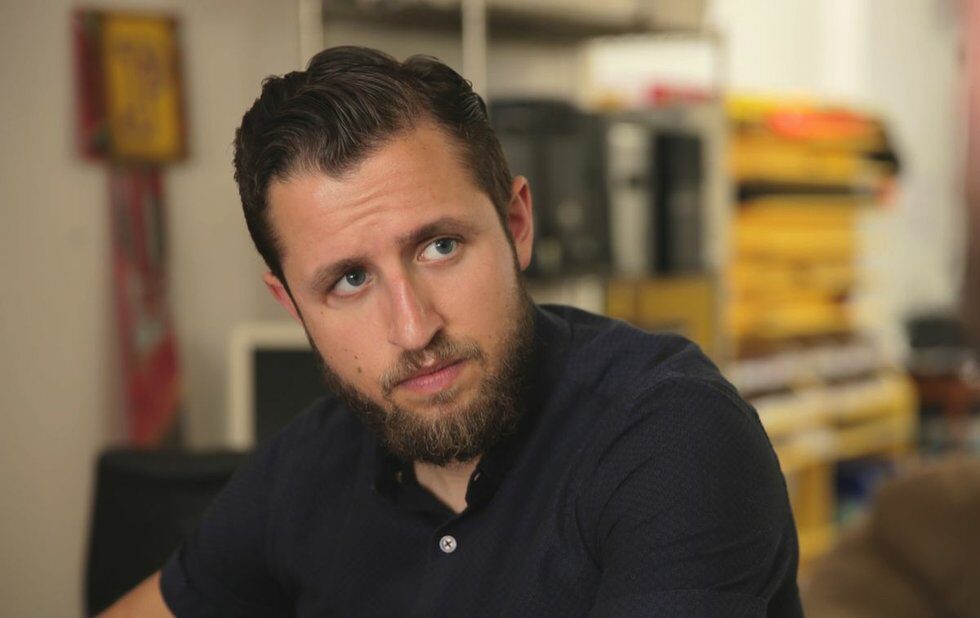 While mainstream U.S. media outlets face an increasingly antagonistic Trump administration that’s selling its own version of reality with “alternative facts,” Canadian journalists are confronting home-grown threats to press independence and integrity – not to mention challenges to free expression.

On February 25, a national day of action is being organized by Canadian Journalists for Free Expression. Dubbed Trudeau: We’re Watching You, the cross-country #ProtectPressFreedom rallies will focus on the proposed expansion of police powers to allow warrantless access to online information.

Deliberations on S-231 will be informed by a landmark legal battle currently being waged in the Ontario Court of Appeal against Vice Media national security reporter Ben Makuch. Since February 2015, he’s been resisting a court order to turn over notes, records and background materials he collected for a series of stories on Farah Shirdon, a Calgarian who joined the ranks of overseas ISIS fighters.

A three-judge panel heard arguments at Osgoode Hall February 6 that the court order issued against Makuch posed a “detrimental, chilling effect on the practice of journalism in Canada.” The RCMP fishing expedition, said the reporter’s legal team, violates core free-press tenets embedded in common law and the Charter Of Rights And Freedoms.

The Mounties argue they need Makuch’s materials to pursue a case against Shirdon, even though his whereabouts are unknown, it’s unclear if he’s still alive, and it’s highly unlikely he’ll ever return to Canada.

Shirdon is infamous for an inflammatory ISIS video in which he destroys his Canadian passport and utters the boilerplate threats that have become the group’s métier.

Even without Makuch’s materials, the RCMP felt confident enough to lay charges against Shirdon. In 2015, they charged him in absentia with Criminal Code offences related to his alleged participation in the activities of a terrorist group, based on widely available public documents and videos, including extensive accounts of ISIS involvement on Shirdon’s own social media accounts.

Makuch’s lawyers say that nowhere in the Information to Obtain – a lengthy document the RCMP produced to secure Makuch’s records – is there a reasonable rationale for why Vice Media materials related to Shirdon would be required as evidence.

In 2014, Makuch had conversations with Shirdon on Kik Messenger, an app popular with teens, as part of a multi-year investigation into foreign fighters. Makuch conversed online with several Canadians who’d joined the fight in Syria and Iraq.

“I wanted to find out who they were and why they were coming from the suburbs of Calgary and Sudbury and Toronto,” Makuch tells NOW. “Why did people my age who went to the same kinds of schools I did end up going to fight for one of the most disruptive terrorist organizations in the world? There weren’t a lot of people looking into it, because I don’t think they had the means. I’m a millennial and I speak internet, much like any other millennial. So it seemed like an obvious thing to investigate.”

While other Canadian reporters have conducted conversations with ISIS acolytes, Makuch believes the RCMP singled him out because “I was speaking to and publishing stories on quite a few fighters. I suspect they thought I would give up the materials.” Kik Interactive, Wind Mobile and Air Canada all submitted to court orders to share information on Shirdon.

A lifelong news junkie who subscribed to Time Magazine at age eight, Makuch says he’s concerned that the RCMP court order creates an atmosphere of fear in the profession. Journalists might hesitate not only to take into confidence sources who could be in conflict with the criminal justice system, but also sources inside government or corporate circles. Those with valuable information to share, Makuch says, might fear their confidentiality could be compromised if they spoke to a reporter.

“A key principle of journalism is that we have a special position within society so people will come to us no matter what side they’re on, whether they’re criminals, political activists, in the government, whistle-blowers, whoever, and they’re given a fair shake,” he says. “That’s a core principle of how our democracy functions. When you start putting barriers in front of that, it [leads down] a dangerous path.”

Complying with the order, Makuch argues, “would turn me as a journalist into an agent of the state or the police. What they want from me isn’t just information on my source it’s all the information I gathered as a journalist. The source wouldn’t have spoken to me if I weren’t a journalist. He didn’t talk to the cops for a reason.”

Makuch’s case has attracted headlines, but other journalists also are facing legal consequences for doing their job.

Last week – in an eerie parallel to the case of Democracy Now broadcaster Amy Goodman, who was charged with rioting for covering Indigenous resistance to the Dakota Access pipeline – Justin Brake of TheIndependent.ca faced a contempt of court hearing after he followed protesters he was covering onto the work site of Labrador’s Muskrat Falls hydroelectric construction site.

Meanwhile, as the province of Quebec plans an inquiry into charges that provincial police have spied on reporters, Brian Rumig, assistant director of operations for CSIS, recently admitted Canada’s spy agency keeps tabs on journalists, though “I don’t know those numbers.”

Regardless of how the Court of Appeal rules in Makuch’s case, the dispute will likely wind up at the Supreme Court.

Makuch says he’s “not particularly optimistic things will go my way. There are not a lot of legal protections for journalists in Canada, and the case law isn’t particularly on our side,” especially since most court precedents fail to address issues unique to the digital media age.

Makuch remains steadfast, however, knowing he could eventually be charged with obstruction of justice and jailed. “I’m prepared to take this as far as it needs to go.”