Just over halfway through its 25-year mandate, Waterfront Toronto is one of the most successful, productive, transparent and accountable government agencies operating in the city today. What it isn’t is fully funded, and that puts the future of the waterfront in doubt.

That’s the take-away from Waterfront Toronto’s town hall at the Bram and Bluma Appel Salon at the Toronto Reference Library on Wednesday, April 1. And it’s no April Fool’s joke.

In a presentation lasting roughly 90 minutes, president and Waterfront Toronto CEO John Campbell runs through his agency’s history, policies, challenges, achievements and plans for the future for a mostly adoring audience of 300.

The scale of what Campbell and his team have taken on is hard to grasp. The revitalization project stretches over 800 hectares from Ontario Place in the west to Ashbridges Bay in the east. It ranks as one of the biggest urban brownfield redevelopments in the world, roughly seven times the size of London’s Canary Wharf project.

The challenge is complicated by a very difficult working environment, since much of the land to be revitalized is inherently unstable.

“Everything below Front Street is fill, so there’s no bearing capacity,” Campbell says. “You put a light pole in, you’ve got to put a caisson [a watertight retaining structure] down 35 feet to support it.”

Then there are the political hurdles.

Waterfront Toronto has three levels of government to contend with, not to mention a variety of other agencies – Campbell says he stopped counting at 32 – and, of course, residents, landowners, developers and other interested members of the community. Since 2006, Waterfront Toronto has held almost 300 meetings to receive input from various stakeholders and the general public.

Its accomplishments to date are considerable. The sports fields east of Cherry Beach, Corktown Common, Underpass Park under the roadway at Adelaide and Eastern and the now iconic Sugar Beach. The agency also oversaw the development of Corus Quay and the new George Brown campus by the foot of Sherbourne, all praiseworthy initiatives.

Even larger projects are currently nearing completion. The upgrade of much-delayed Queens Quay is expected to be finished by June 19, and the Pan Am village, complete with a new promenade on Front, will open to the public shortly after the wrap-up of this summer’s Games. All told, Waterfront Toronto’s undertakings have won 65 design awards and earned it the respect of the planning community.

“They take an approach that all good urban designers will support,” says Rick Merrill of the Planning Partnership, a Toronto-based firm with experience around the world.

Other achievements, though also important, have lower visibility. In 2011, Waterfront Toronto completed a pioneering soil-washing pilot program that promises an environmentally friendly way to clean up the 2 million cubic metres of contaminated soil it has on its hands. The agency is also currently building a stormwater treatment system in the west Don lands to manage and clean up rainwater before it’s discharged into the lake.

But looking forward, things are less rosy. Up to this point, Waterfront Toronto has been funded by grants from the three levels of government, each of which ponied up $500 million back in 2002. Over 90 per cent of that funding has now been spent, and further government support is a major question mark.

At the town hall, Campbell sketches out two possible futures. The first factors for no additional government funding. It calls for Waterfront Toronto to self-fund via land sales for the next eight years to fulfill its remaining mandate.

The second option, labelled Waterfront 2.0, would allow the agency to tackle other major projects. The catch is that this future comes with a price tag of $1.65 billion.

Campbell says he’s optimistic that the city, province and feds will make the money available, but City Hall is sending mixed messages.

Deputy-Mayor Pam McConnell, a long-time booster of the agency’s efforts in her ward, says, “Waterfront Toronto has provided invaluable leadership in advancing revitalization after decades of inertia. And that “the city is committed to completing the waterfront vision using a number of funding mechanisms such as development charges.”

A spokesperson for Mayor John Tory’s office, however, says future funding is up to city council and a decision won’t be made until a report on Waterfront Toronto is submitted in June.

Back in December, the mayor remarked that the city needs to have a “discussion” about future funding for the agency after it was revealed that its $93.2 million Queens Quay revitalization project is some 38 per cent, or $35.7 million, over budget.

Tory has also appointed Waterfront Toronto critic Denzil Minnan-Wong, who’s complained loudly about a supposed lack of transparency and accountability at the agency, as his point person on the file.

The federal government, meanwhile, appears reluctant to provide funds for a renewed mandate and is currently willing to proceed only on a piecemeal project-by-project basis. And the Ontario government is wrestling with a $10.9 billion deficit. All of this has led to uncertainty at Waterfront Toronto about its future.

“A positive urban vision requires a consistent partner, not a partner that jumps in and out,” says Liberal MP Adam Vaughan, whose riding includes the waterfront from Yonge to west of Dufferin.

Hanging in the balance are a number of projects, the biggest of which is an ambitious, wide-reaching flood protection and redevelopment program for the port lands east and south of the mouth of the Don River. “Where the Don comes into the harbour should be the jewel of the harbour,” says Campbell.

In Waterfront Toronto’s plans, the river would be returned to a natural path to the lake, the surrounding land redeveloped with new residential buildings, offices and parks. It’s a fresh vision of a sustainable, urbanized port lands integrated for the first time with the rest of the downtown core.

It’s ironic that Waterfront Toronto is facing funding problems, since the public money entrusted to it is returning to government in the form of new tax revenues. Even in a pessimistic assessment, waterfront revitalization in its current form is a break-even proposition.

It’s anyone’s guess, though, whether that will be enough to win Campbell and his team the opportunity to complete their vision and give the city the waterfront it deserves. 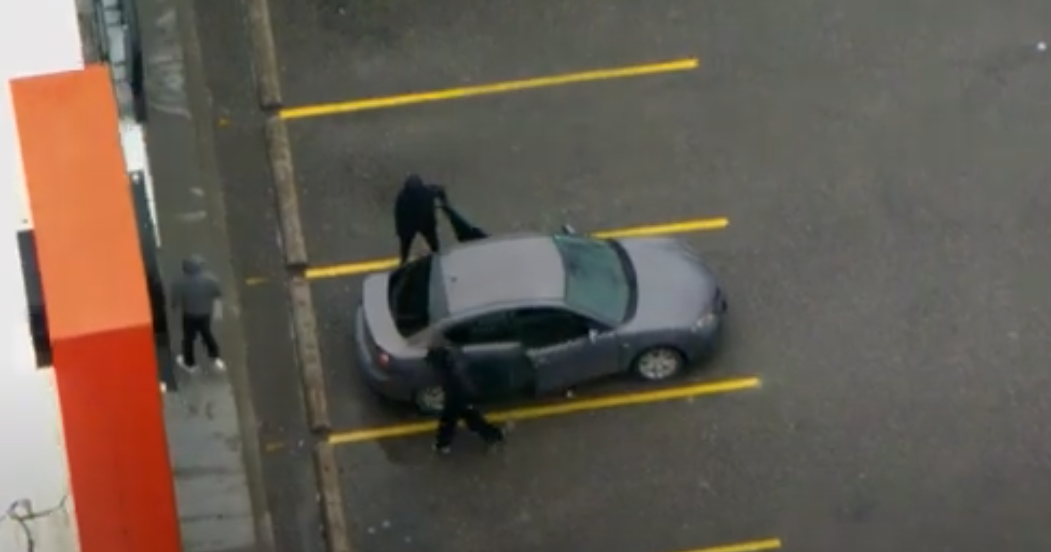