Wetsuweten: a wake-up call for Canada

While it may be uncomfortable at times, Canadians should embrace the struggle over pipeline plans in Wet’suwet’en territory as an opportunity for social change 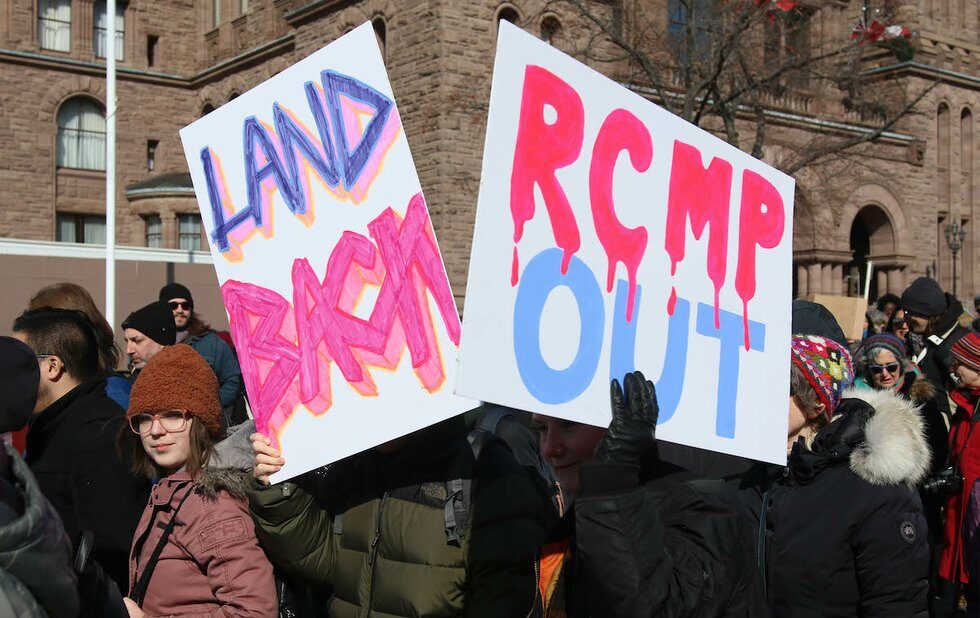 Canada has reached a tipping point. Over the last month, cracks have started to show in its levers of power over Indigenous peoples.

The refusal of the Wet’suwet’en Nation’s hereditary leaders and clan members to bow to corporate pressure from Coastal GasLink and its pipeline plans in northern BC has shone a light on the legal infrastructure of violence and oppression of Indigenous peoples in Canada.

It’s happening right before our eyes.

After centuries of broken treaties and empty promises, patience has worn out. What was once hidden from Canadians by politicians and mainstream media has now been laid bare for all to see.

The Wet’suwet’en have changed everything. Canadians can no longer say they are in the dark about this country’s unlawful disregard of Indigenous rights. 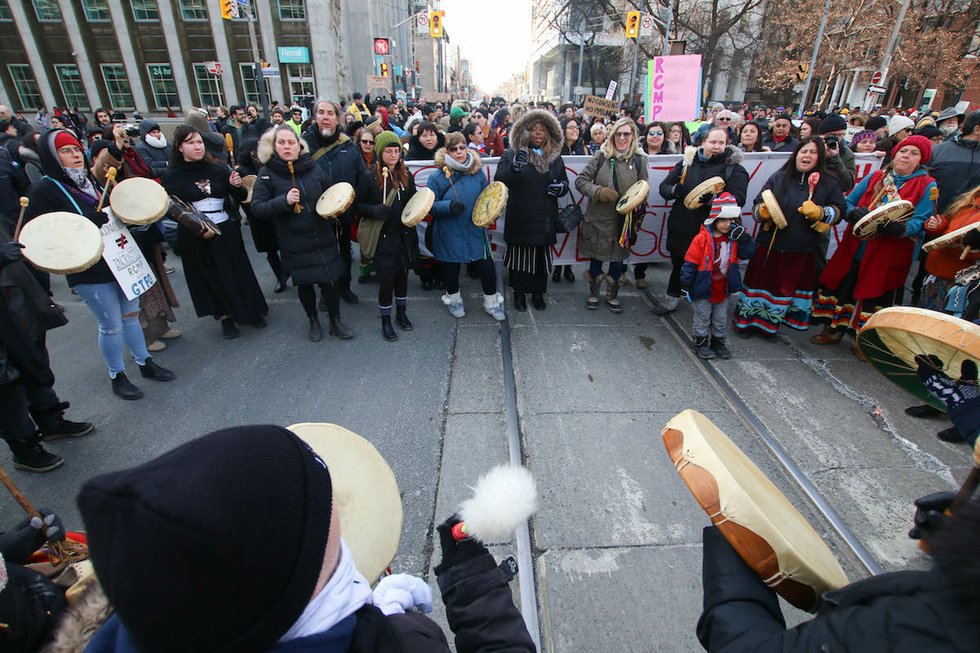 There have been many acts of resistance by Indigenous Nations since confederation. In this decade, Idle No More swept across Turtle Island beginning in 2012. The aggressive legislative agenda against Indigenous rights and environmental protections waged by the Conservative government of Stephen Harper sparked protests across the country, as the hunger strike on Parliament Hill of Attawapiskat Chief Theresa Spence brought national attention to the deplorable housing and living conditions on First Nations reserves.

This was not just an Indigenous movement. As in today’s actions in support of Wet’suwet’en, Canadians from all backgrounds joined in teach-ins, marches, rallies and round dances. The trains stopped running back then, too.

The actions lasted for months and attracted worldwide attention like never before to the grave human rights abuses on First Nations reserves. Unions, anti-poverty and human rights groups, environmental organizations and other community-based groups, including Black Lives Matter, joined the marches in the streets.

The round dances and blockades would eventually end, but the movement carried on behind the scenes. Indigenous peoples continued to seek peaceful and negotiated solutions over questions of shared resources. 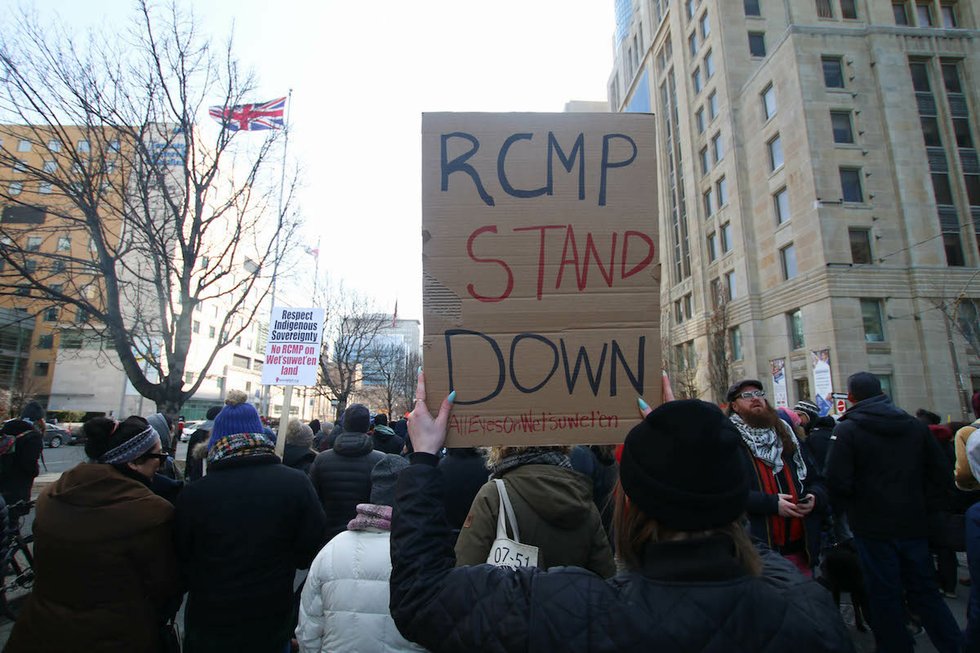 Canada has had many opportunities since Idle No More to step up and address these long-standing issues. It was dragged kicking and screaming before the courts, human rights tribunals and treaty bodies of the United Nations and Inter-American Commission on Human Rights to account for its failures. But Canada has made few substantive efforts to address Indigenous self-determination and land rights.

Some Indigenous peoples saw a change in rhetoric. The Conservative government’s antagonistic attitude toward First Nations was replaced by the Liberals’ more positive tone. A renewed nation-to-nation relationship was promised, and there was a glimmer of hope.

But any real remaining faith for reconciliation was dealt a serious blow when the Liberal government bought the Trans Mountain pipeline for $4.5 billion in 2018 – the costs of which have increased to over $12 billion. Those billions could have been used to make good on the Liberals’ promises to provide clean drinking water and critically needed housing in First Nations communities, as well as address longstanding land claims issues.

Still, Canada presented the facade of reconciliation. National Aboriginal organizations were enlisted to support the government’s agenda. Indigenous peoples continued to extend their hands in seeking peaceful and negotiated solutions to shared resources.

But without any substantive government action on Indigenous rights, the socio-economic conditions of Indigenous peoples only got worse. The list of transgressions is a long one.

Canada failed to abide by the Canadian Human Rights Tribunal orders directing it to end discrimination against First Nations children in foster care, and then refused to take urgent action on the finding of the National Inquiry into Missing and Murdered Indigenous Women and Girls that it was guilty of ongoing genocide. 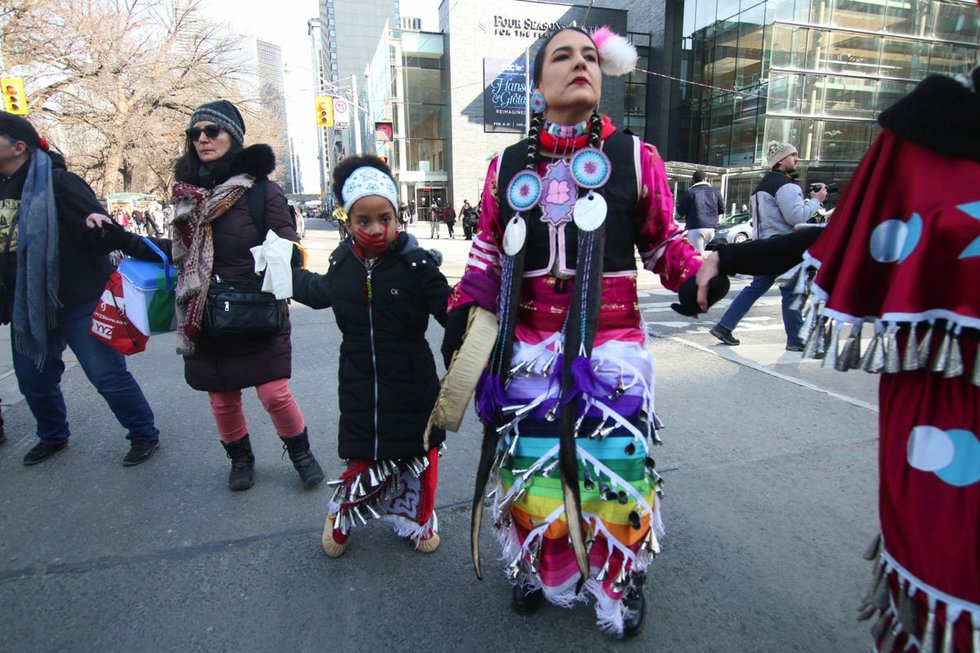 All the multiple overlapping social crises resulted in ever-higher rates of depression, anxiety and youth suicide, which are among the highest in the world. This trauma was layered on top of the inter-generational grief from residential schools, forced sterilizations, Indian Act control of communities and forced poverty.

The final fatal blow came earlier this month when the RCMP was sent into Wet’suwet’en territory to enforce Coastal GasLink’s court-ordered injunction. It was as if the RCMP were acting not only as agents of the state but as the personal security force for Coastal GasLink.

While the RCMP removed and detained journalists at one checkpoint, in an obvious effort to discourage any media coverage, there were enough pictures and videos from inside the camp to show the world what was happening – and the world reacted.

In a rare move, the United Nations Committee for the Elimination of Racial Discrimination called on Canada to stand down and put a freeze on all major projects without Indigenous consent. The UN also called for the removal of the RCMP and their weapons from Wet’suwet’en territory. They know what we know — reconciliation can’t happen at gunpoint.

The calls were echoed by numerous First Nations and non-governmental organizations, just like during Idle No More. But this time, the calls were matched with strategic actions on the ground.

Canada’s invasion of Wet’suwet’en territory sparked nationwide rallies, marches and occupations of highways, bridges, intersections, railways, ports, legislatures and ministers’ offices. Government and pipeline officials responded with their usual communications in praise of the economic value of pipeline projects to Indigenous peoples. They referenced confidential agreements signed by band councils along the route as proof of consent. They portrayed Wet’suwet’en hereditary leaders as rogues and invoked the infamous rule of law to justify the actions of the RCMP. But none of them had been paying attention. 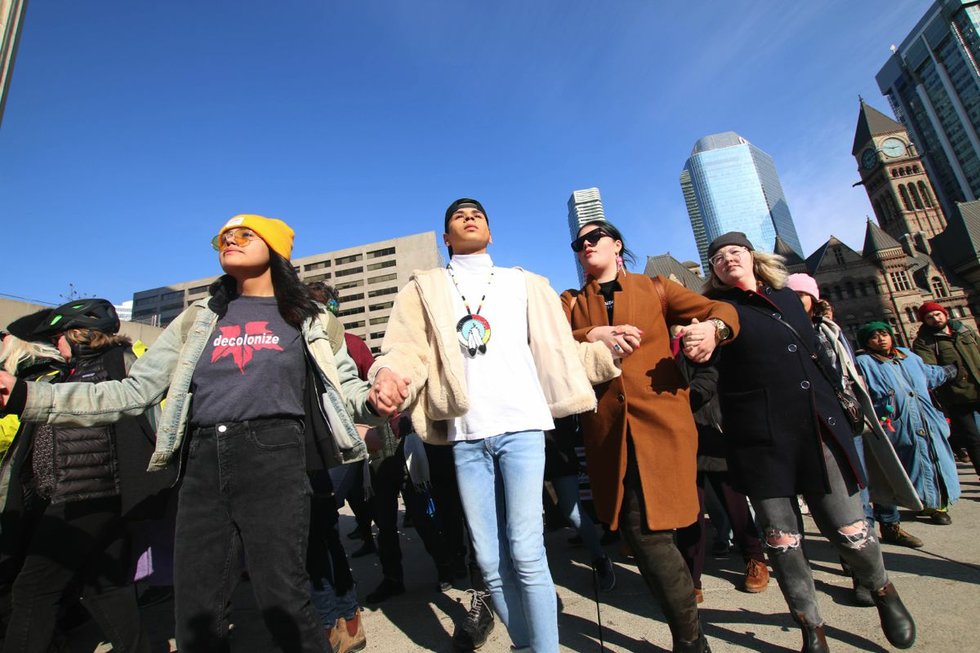 Some mainstream media commentators fell into the same trap, resorting to alarmist language around the protests, despite the fact that all were peaceful. Their attempts to vilify those taking action as “thugs” inspired even more actions by all Canadians. Rail lines were blocked in the United States and protests took place outside Canadian embassies in a number of countries.

People now realize that they hold the real power, and that when they choose to exercise that power, they can have a major impact on the status quo, disrupting unlawful government actions and corporations by hitting them where it hurts.

While it may involve some degree of political conflict and may at times feel uncomfortable, that is how every society in human history has advanced. No positive change in human society has ever come about without struggle.

We should all be thankful for this struggle as it represents the fight to protect Indigenous rights, the very same rights that will ultimately protect our collective future. We should embrace this moment as an opportunity to work together to ensure social justice for all.

There’s no going back to business as usual. 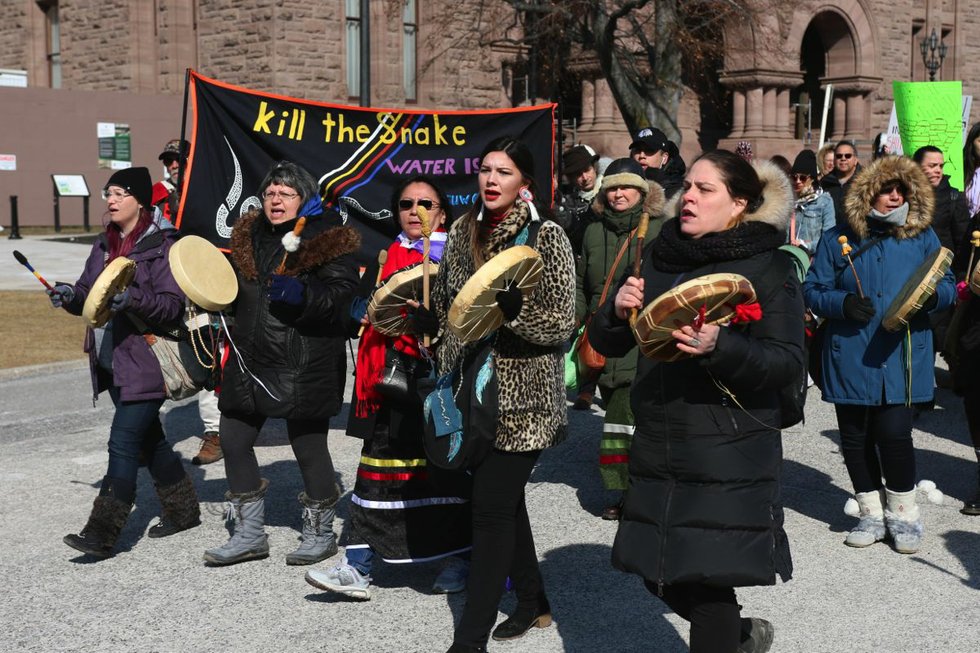