New silicon-based "industries" are bringing employment, overwhelmingly of young people, into buildings that were once factories 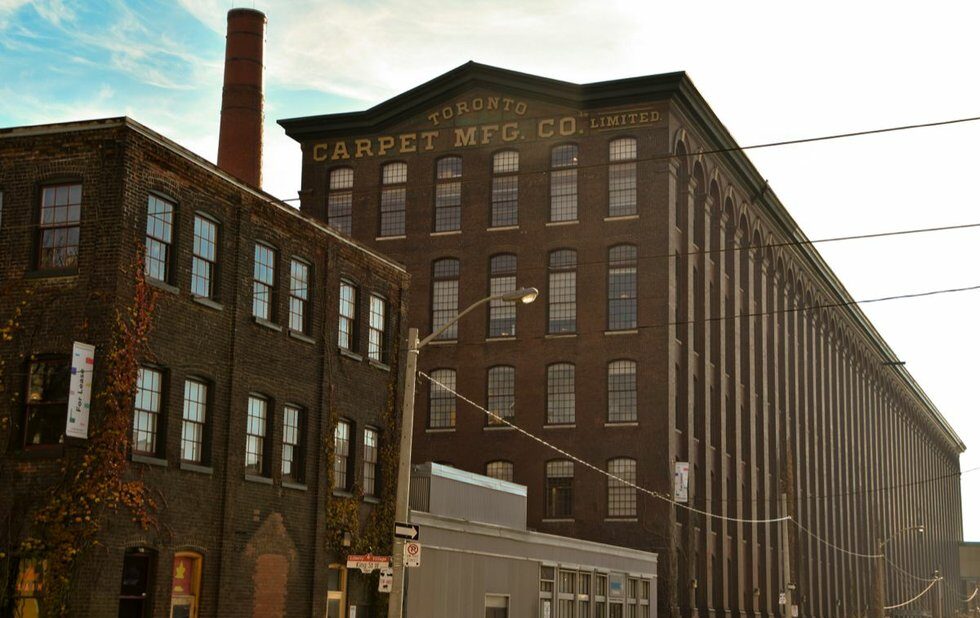 When the Toronto Carpet Manufacturing Company moved into its new building at Dufferin and King in 1899, it was state-of-the-art, with a coal-fired steam plant that produced heat and electricity and its own fire-fighting capacity, with a 625,000-gallon emergency water supply.

Almost 120 years after it opened, the building is state-of-the-art again, with exposed brick walls and massive wooden beams (“more fire-resistant than steel”). It’s home to a new generation of tenants – “TAMI” companies working in technology, arts, media and information technology, businesses that did not exist when the factory was built.

In the cavern that was the Carpet Factory’s boiler room, beneath the remains of its coal bunker, Globacore Interactive Exhibit Design fills a brutally elegant vast space that is flooded with daylight.

Many of the factory’s businesses have Bullfrog-powered energy-efficient lighting and heating, and recycling that takes care of e-waste.

Its office was created by another Carpet Factory tenant: II BY IV Design, founded in the 1980s by Keith Rushbrooke and Dan Menchions. Their projects include C5 restaurant at the Royal Ontario Museum (it closed in 2013 – it’s missed!) 360, the rotating restaurant at the CN Tower ZINC at the Alberta Art Gallery the Virgin Mobile Office and the Beer Boutique.

Moveable Inc., a two-person typesetting business when it landed in the Carpet Factory in 1983, is today the factory’s oldest tenant, a company of typesetters, proofreaders, production artists, colour experts and printers that occupies about 14,000 square feet of floor space. Its spinoff, website and application builder Moveable Online, occupies another 6,000 square feet in the building. 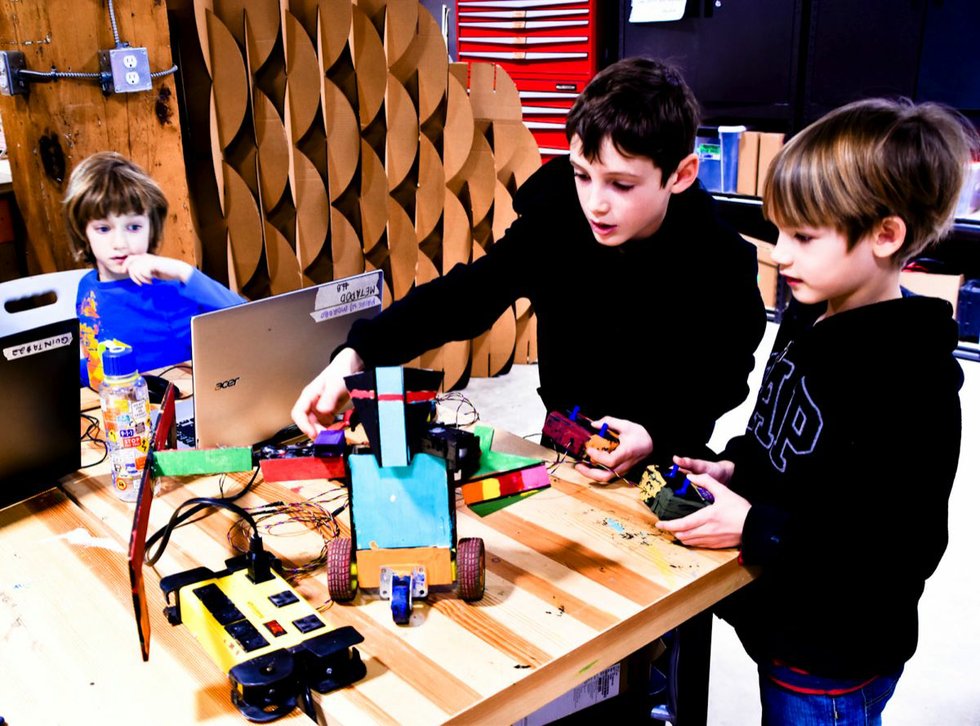 Where Toronto’s founding industries are long gone, new silicon-based “industries” are bringing employment – overwhelmingly of young people – into buildings that were once factories.

Technology-related employment is boosting the city’s economy like none other. In 2015, according to Tech Toronto, the tech ecosystem generated a total of 401,000 jobs. That’s 15 per cent of all jobs in Toronto, more than 400,000 of them at above-average pay. And tech is growing.

Queen Richmond Centre West at 134 Peter – headquarters of Allied Properties REIT as well as the building’s architect, Dermot Sweeny, and its engineers, Blackwell – is the most dramatic endorsement yet of faith in the future of ex-industrial buildings in Toronto.

One hundred years ago, the bakery produced navy biscuits for Canadian troops during World War I. The tenants in the tower above include Entertainment One film distributors, SapientNitro creative technology, Givex global provider of cloud-based data processing services and Ricarda’s Restaurant.

Just north of Queen West, in the basement of 49 Cameron, maker space Steam Labs builds that foundational infrastructure from scratch. At Robot Carnival Camp, kids learn the skills of gamers, programmers and engineers in problem-solving teams. They collaborate in game-building and robotics, share skills and ideas as co-workers and learn the new ways of working that are becoming the norm in a re-industrializing world.

Bobbie Eisenberg of York Heritage Properties is keen to develop the Carpet Factory “campus” through adaptive reuse of existing buildings and a new building that would accommodate live-work tenants. But he cannot do that while the site is zoned for employment, where people may work but not live. Dermot Sweeny, acclaimed architect of Queen Richmond Centre West, faces the same dilemma at another Liberty Village building: Ontario Wind Engine and Pump Company at 58 Atlantic.

1. Hamilton Gear & Machinery Co., founded in 1911 at 950 Dupont, at Dovercourt, is the future Bellwoods Brewery. 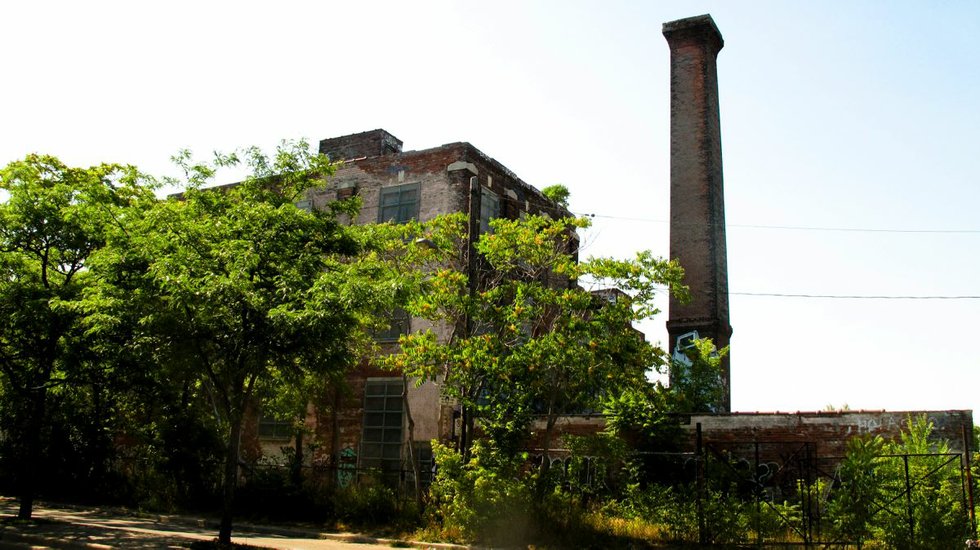 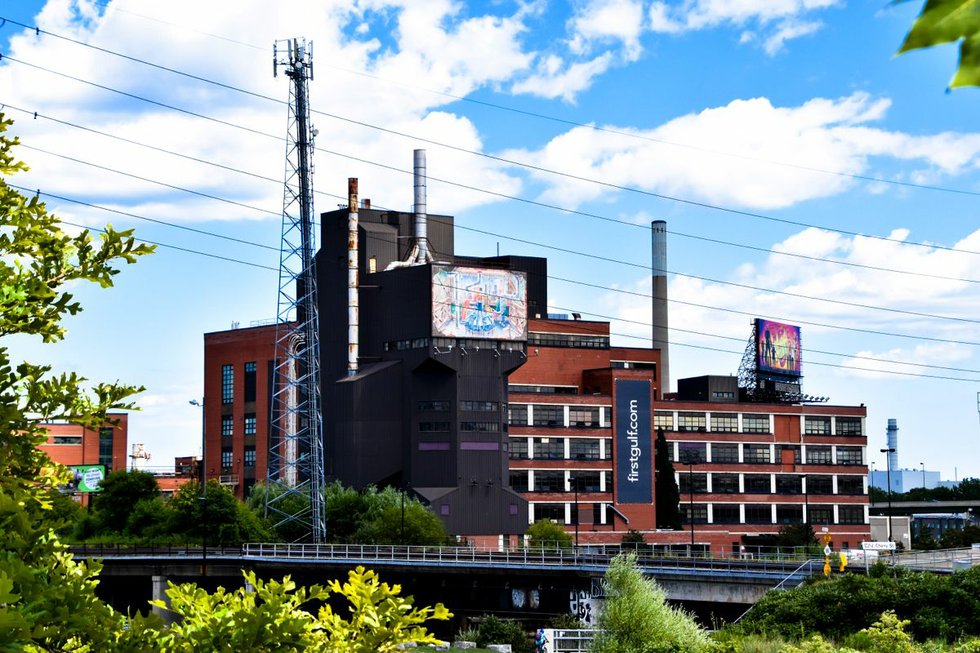 3. Unilever site, Don Valley and Lakeshore, established 1892, is the future site of First Gulf business park (when reconfiguration of easter section of the Gardiner Expressway is finished). 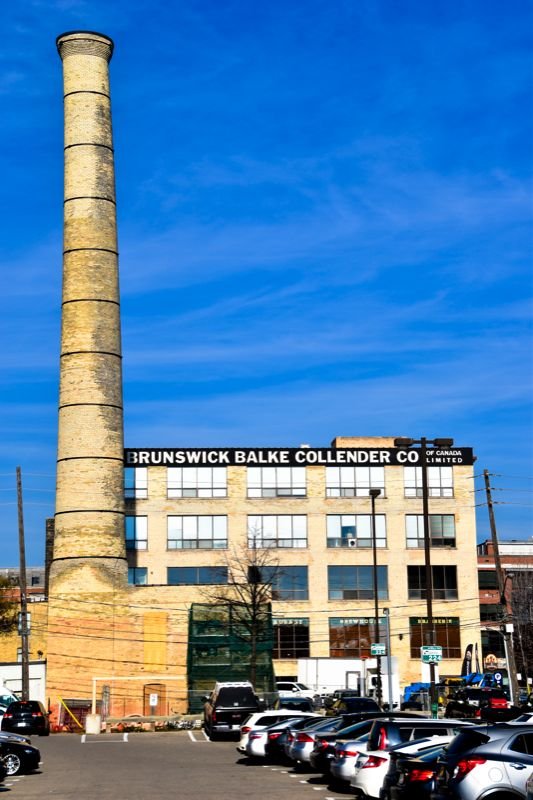 4. Brunswick-Balke-Collender Co. of Canada Ltd, 40 Hanna (Henry Simpson architect, 1905-1913), manufactured Monarch pool tables and Brunswick phonographs. The five-storey office building is to be renovated for office and retail. The boiler house and smokestack will be retained. 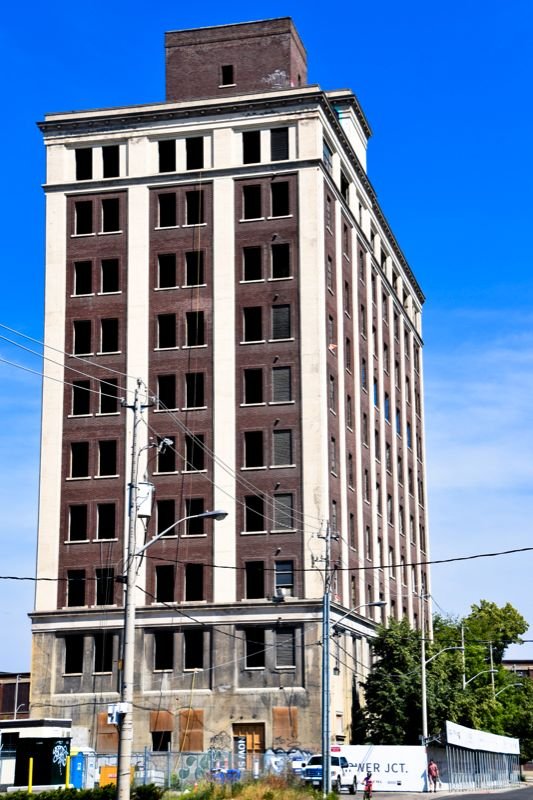 5. Tower Automotive (built in 1919), 158 Sterling, will house the Museum of Contemporary Art (MOCA) in the Lower Junction, set to open in fall of this year. 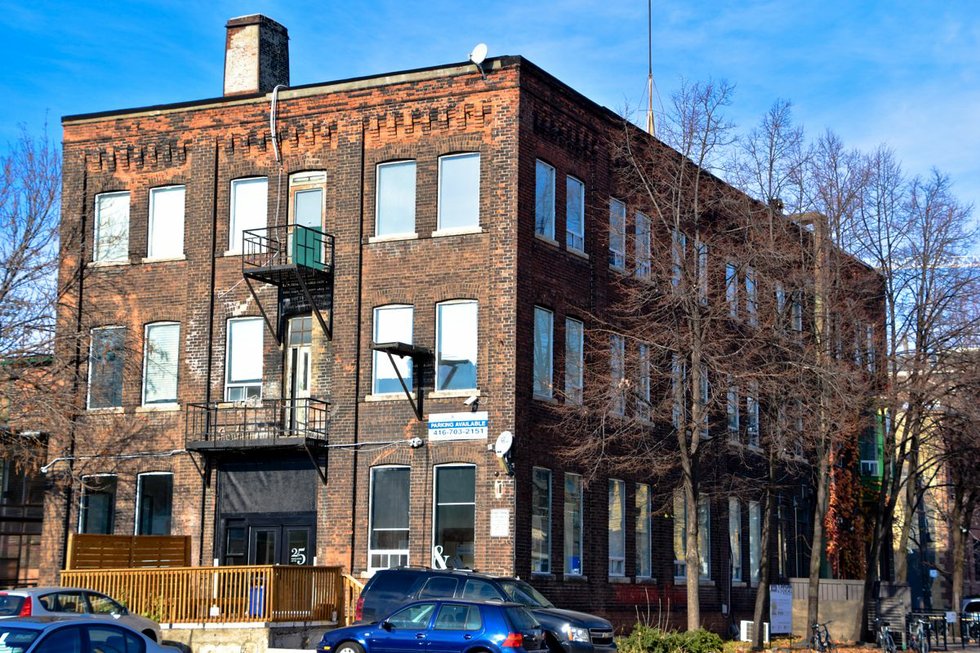 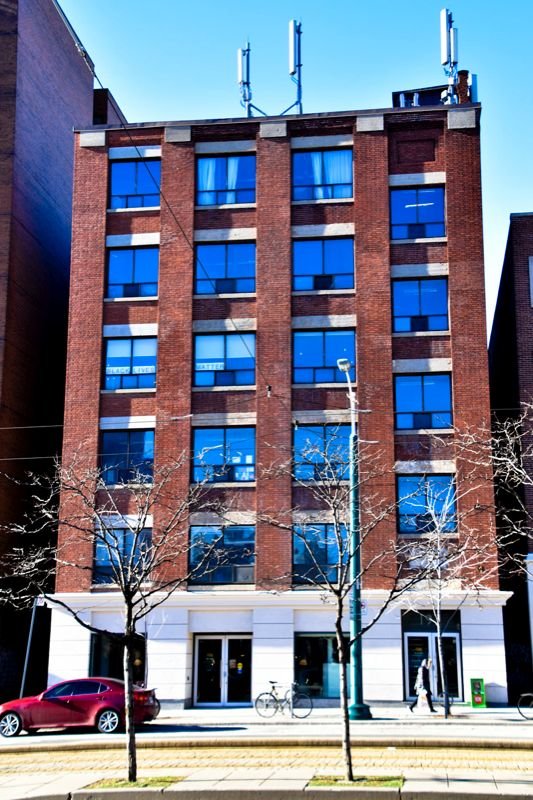 7. Murray Building, 192 Spadina, the, built in 1920, served in the printing and rag trades. In 2014, 227 supporters of the Centre for Social Innovation joined in a collective effort to purchase the building by investing between $1,000 and $200,000 each in CSI Community Bonds. Their aim: “to provide a downtown home for people who want to change the world.” CSI launched in 2003 by creating the world’s first co-working space to host social innovators who too often toiled in isolated and substandard facilities. It’s a new way of doing business that works economically as well as socially – in Toronto, CSI, which has four locations, hosts 1,000 non-profits, charities and social ventures (including NOW Magazine’s offices). It’s a co-working cauldron that employs more than 2,500 people and generates revenues of $250 million annually, making good on its promise to be “a village that helps you find what you need to change the world.”