Postulating for the sake of argument that their concerns about trans communities are well-founded, I am left with the glaring question 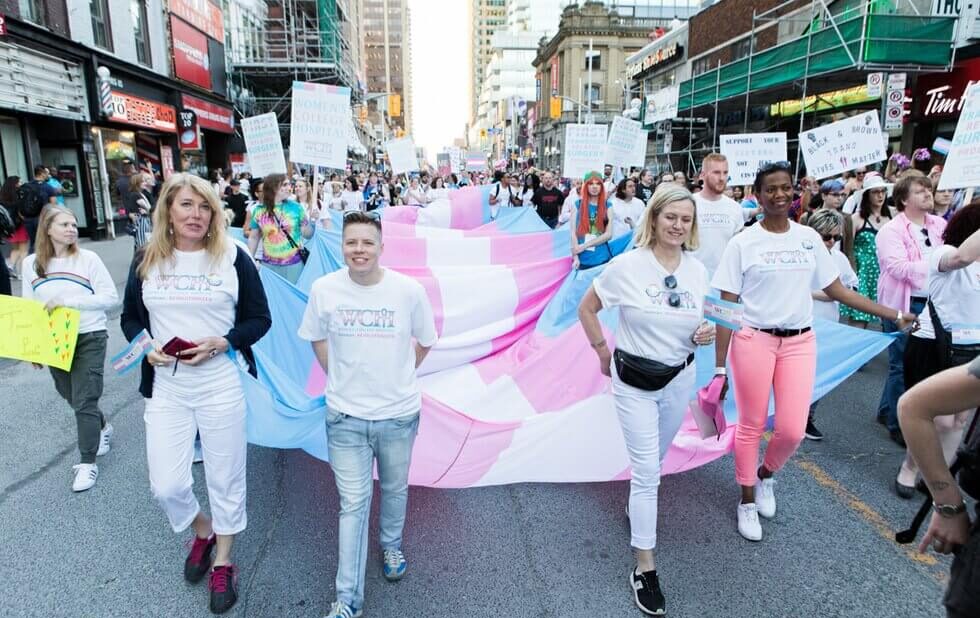 As a trans person, I cannot but be conscious of the vehement opposition some have to my presence in women’s spaces, an opposition that is at times accompanied by revulsion and contempt.  I have grown accustomed to it.

But however familiar I have become with that sentiment, I cannot for the life of me understand the sheer intensity with which some people who call themselves feminist single out trans communities as harbingers of misogynistic oppression. These groups are commonly known as trans-exclusionary radical feminists (TERFs) or gender-critical feminists.

Identifying a newly-visible group comprising a little more than half a per cent of the population as one of the leading problems for women, warranting countless conferences, campaigns, lawsuits, and protests, strikes me as hasty and parochial. Postulating for the sake of argument that their concerns about trans communities are well-founded, I am left with the glaring question: Don’t they have anything better to do?

In an era characterized by overlapping crises and the worrisome rise of the populist right, the tunnel vision of these anti-trans groups is frankly befuddling.

In the United States, reproductive rights are under attack by conservative lawmakers hoping to overturn Roe v. Wade, the landmark 1973 Supreme Court decision that declared government restrictions on abortion unconstitutional. Yet despite the lingering, growing threat to reproductive choice, anti-trans groups are arguing in court that teenagers cannot validly consent to their own medical care. In the United Kingdom, these arguments initially succeeded, though the decision was corrected on appeal.

Anti-trans feminists’ willingness to undermine minors’ ability to consent to medical care sets a dangerous precedent. We must not forget that the right was first established in the context of access to birth control and abortion.

In their critical 1985 Gillick decision, the House of Lords established that youth can validly consent to care if they have “sufficient understanding and intelligence to understand fully what is proposed”, rebuffing the argument that contraception could not be prescribed to minors without parental consent.

By challenging the very possibility of teenagers being sufficiently mature and intelligent to satisfy Gillick, the TERF movement is beating a path that leads to the abrogation of reproductive choice for minors – a major feminist setback.

While we can be thankful that the arguments failed in the United Kingdom, they are also popping up in other countries like Canada and the United States, where abortion continues to face serious opposition.

Even when resources are not being deployed in so patently counter-productive ways, their efforts appear wasteful and misdirected. Take for instance the opposition to the inclusion of trans (and intersex) women in women’s sports.

At the Olympic level, trans women have been allowed to participate as women since 2003 and surgical requirements were removed in 2015. Since 2003, there have been nine Olympics (three of which were after 2015) for a total of 28,481 female athletes (11,614 since 2015). Despite the policy, no known trans woman had competed at the Olympics until 2021, let alone won a medal. In 2021, Laurel Hubbard became the first and only openly trans woman to compete, though she failed to complete her event.

The problem of gender discrimination in sports, at the same time, is pervasive. Airtime and salaries heavily privilege male athletes, with most of the interest and money going to male events in both Olympic and non-Olympic contexts. And despite a move towards parity in the number of Olympic athletes, accredited coaches remain close to 90 per cent male, evidencing grave gender disparities for a major source of post-career income for athletes.

Even if we were to accept the view that trans women have competitive advantages, concerns over trans inclusion would fail to be remotely proportionate to its share in the broader problem of sexist discrimination in sports.

Another focus of these anti-trans groups has been sexual violence in women’s prisons.

Despite the clear need for institutional overhaul (and, indeed, radical change), anti-trans groups appear relatively unconcerned with the epidemic of sexual violence among inmates beyond carceral placement policies for trans women.

Even assuming the unfounded claim that trans women in carceral facilities pose a disproportionate risk of sexual violence, focusing on opposing placement policies is a questionable use of time and resources. It makes little sense to fight sexual violence by focusing on trans perpetrators.

The causes heralded by TERF groups – including opposition to surrogacy, pornography, sex work, and religious veiling – reveal less concern with male dominance and the patriarchy, than a desire to police norms of feminist womanhood.

Instead of concentrating their forces on radically challenging male dominance, they focus on groups far less collectively powerful than cisgender, heterosexual men for their perceived contribution to sexism. The distribution of their efforts is eminently wasteful.

Has sexism been so disappeared that TERFs are justified in dedicating a heavy portion of their efforts to opposing a small minority requesting equality? However awful and misguided trans communities could be, surely this is a poor use of their time.

Compared to the Leviathan-esque figure of the patriarchy, trans communities are but a speck of dust. And a speck of dust may irritate, but it simply cannot be rational for people purporting to be feminists to be so obsessed with opposing trans equality.

Feminists have better things to do.

Florence Ashley is a transfeminine jurist and bioethicist. They are a doctoral candidate at the University of Toronto Faculty of Law and Joint Centre for Bioethics.