In Canada, white supremacy is the law of the land

In this excerpt from his recently-released book, the late Indigenous activist Arthur Manuel writes about how the BNA Act that created Canada set the young country on the path to a “race-based democracy” 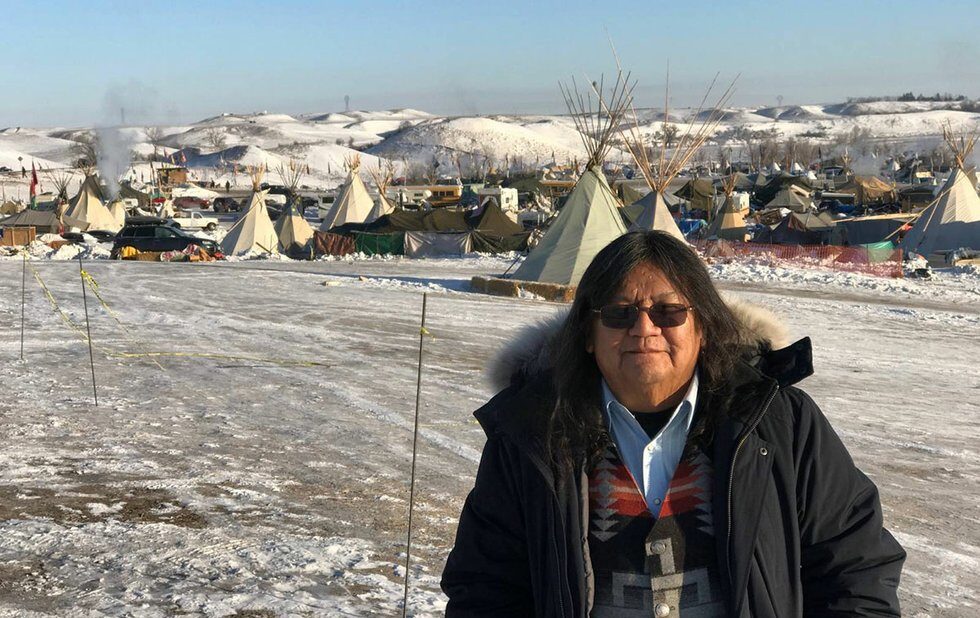 Indigenous leader and activist Arthur Manuel died unexpectedly earlier this year just as he was wrapping up work on his recently released book, The Reconciliation Manifesto, Recovering The Land, Rebuilding The Economy (with co-author Grand Chief Ronald Derrickson). Naomi Klein, who delivered the eulogy at Manuel’s funeral at Adams Lake Indian Band Community Centre on January 15, 2017 (and also contributed the preface to Manuel’s book), praises Manuel as a formidable activist and brilliant teacher. In this excerpt, Manuel writes about how the BNA Act that created Canada set the young country on the path to a “race-based democracy.”

Canada, as a society, is still in denial about its historical and current colonialism when it comes to Indigenous peoples, and how the country is still largely based on the white supremacism of its founding document, the British North America (BNA) Act. Colonialism is not a “behaviour” that can be superficially changed by a prime minister professing “sunny ways.” It is the foundational system in Canada.

Canada was created by an Act of British parliament in 1867. It was more a corporate reorganization, a hurried consolidation of debts, than the birth of a nation. The problem was that they were using the theft of our lands, tucked into what, for them, was this innocuous-sounding Section 91.24 of the BNA Act to cover their debts.

This was where Britain, the colonial power, gave the young successor state exclusive control of our lands and peoples. In the infamous Section 91 of the BNA Act, which sets out the long list of federal responsibilities, Subsection 24 lists “Indians and land reserved for Indians.” That’s it. That’s where the whole ugly weight of colonialism is compressed, the black hole that devoured our land and liberty, where the Canadian state claims the privilege of exercising 100 per cent control over Aboriginal and treaty land and Indigenous peoples. It is where the Canadian state fulfilled Pope Nicholas V’s exhortation in a more modern setting to “vanquish and subdue all Saracens and pagans” and confiscate “all movable and immovable goods whatsoever held and possessed by them and to reduce their persons to perpetual slavery.”

The overwhelming number of jobs were simply refused them and the numbers of what are now called visible minorities were kept, by strict immigration rules, to less than 1 per cent of the total and very intentionally white population. For Indigenous peoples, the goal was to manage us into what was thought our inevitable extinction while their towns were kept clear of us by Jim Crow laws and practices that were in effect across the country, in some places well into the 1960s.

But the real focus of Canadian racism at its founding was usurping Indigenous peoples. Less than 10 years after Canada was formed with the merger of Ontario, Quebec, New Brunswick and Nova Scotia, the young state adopted the Indian Act, the most colonial piece of legislation imaginable for dominating and controlling every aspect of the lives of the “subject nations” within its territories.

Our peoples were to be administrated by bureaucrats in the Indian Affairs branch, generally headed by a military man. Less than 10 years after the Indian Act was passed, the Canadian successor state was sending troops to the West to attack our peoples and seize our lands, if necessary to starve us into submission, as part of the sea unto sea mission of this new aggressive imperialist state. The very fact that the Indian Act is very much in force today, 150 years after Confederation, is an indication of just how deeply this colonial ideology is imbedded in the Canadian psyche, as well as into its legal framework. The two are inextricable and they will be until Canada comes to terms with its past and sits down with Indigenous peoples to define a new future together.

By the time the forces of Anglo-Canadian imperialism were ready to move into British Columbia in the early 1800s, Canadians were so certain that they had broken our people that they did not even bother with formal treaties. They simply pushed us aside and when groups like the Tsilhqot’in resisted, they lured their leaders out of their camps and executed them.

Everywhere they imposed the colonial reserve system and Indian Act dominance to exercise their dominion over us. Dispossession was the goal and dispossession was complete. Canada was and remains a thoroughly colonial country, built on the dominance of one race over another for the purpose of seizing and occupying their land.

In some places, like British Columbia, Canada began as an apartheid state. I know even the most sympathetic Canadian is raising their eyebrows when I compare Canada to the former apartheid state in South Africa. But in fact, the first act of the new Crown colony in British Columbia in 1872 was to pass a bill forbidding Indigenous peoples from voting. The reason? At the time, Indigenous peoples outnumbered the non-Indigenous population by four to one in the province as a whole, and 15 to one in places like the north coast. This was to be a race-based democracy and racism would be the main, and quite explicit, guide to governance until the whites greatly outnumbered the Indigenous peoples. It is as if the South Africans had managed to make apartheid unnecessary by swamping the Blacks by white immigration. That is exactly what the white society in British Columbia did and, at different times and in different ways, what all of Canada did. The underlying apartheid is still there. And that is why I say that Canada will remain a racist society until it comes to honourable terms with the Indigenous peoples of the land. This is what has to be fixed in Canada.

The phrase in the British North America Act, “Indians and land reserved for Indians,” gave the new Canadian government complete power over our lands and peoples.

In these words, Canadians see only a bureaucratic line in their British-made Constitution. But to understand what you have done, I ask you to substitute the names of other peoples. Would you not be outraged by a founding state document that asserted the government’s absolute control and domination of “Jews and land reserved for Jews” or of “Negroes and land reserved for Negroes,” when it is was also clearly stated that Jews and Blacks were not considered “persons” under the law and had no democratic rights within the society? That they were excluded from citizenship and were refused even the right to vote?

You cannot simply reform your racist state by enacting a few more programs and delivering a few more services. It is embedded in the very nature of Canada and requires a completely new deal. But first, to truly understand where we have landed today, we have to continue retracing a bit further along the sad road that brought us to this place.