Why Canada should stand trial for Tina Fontaine’s murder

Looked at from a human rights framework, Canada is culpable for 15-year-old Indigenous girl's death – this may upset criminal law experts, mainstream political commentators and online haters, but sadly it is a fact 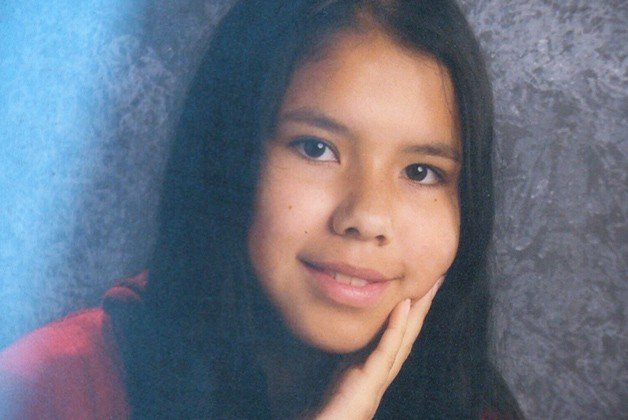 Tina Michelle Fontaine was a 15-year-old Anishinaabe  girl from Sagkeeng First Nation northeast of Winnipeg. Thelma Favel, the aunt who raised her, described her as polite and funny, someone who made people laugh all the time.

Tina, however, also carried a great deal of pain inside from the loss of her father, Eugene Fontaine, in 2011. Two men pled guilty in 2014 to manslaughter and were sentenced to nine years each in his beating death. Family members say Tina was finding it difficult to cope with her father’s death. Her aunt Thelma tried to get counselling, but says she was turned away by several Child and Family Services agencies.

Tina had been struggling to write a victim impact statement which was to be used in the sentencing of the men convicted in her father’s death when she left her community to visit her mother in Winnipeg. Her aunt, not hearing from her, contacted Child and Family Services. In the days before her murder, Fontaine had come in contact with Winnipeg police, and Child and Family Services as well as paramedic services. She had been placed in a hotel by social workers before she was reported missing on August 9, 2014. Her body was pulled from the Red River eight days later. Police were reportedly looking for another Indigenous man when they found her.

It would not be until more than a year later, in December 2015, that police would arrest Raymond Cormier, a drifter with a history of criminal convictions, in Vancouver and charge him with second-degree murder in Fontaine’s death. On February 22, a mostly white jury found him not guilty. The verdict marked the second time in as many weeks that a jury has found white defendants not guilty in the deaths of Indigenous young people. On February 10, a Saskatchewan jury cleared farmer Gerald Stanley in the 2016 shooting death of 22-year-old Colten Boushie.

Following the Cormier verdict, which has hurt and angered Indigenous peoples across Canada, criminal law experts rushed to defend Canada’s justice system. The Winnipeg police, whose handling of the case has received heavy criticism – the evidence against Cormier has been described as “thin” – took the unusual step of issuing a statement defending their investigation as “extensive.” Lawyers have also weighed in to reject claims the justice system is stacked against Indigenous peoples. Some members of the mainstream media engaged in a not-so-subtle form of victim-blaming, citing Fontaine’s use of drugs and alcohol, to suggest she  was somehow responsible for her own death.

Looked at from a human rights framework, Canada is culpable for Fontaine’s death.

This may upset the criminal law experts, mainstream political commentators and online haters, but it is a fact.

For example, we all know from the Truth and Reconciliation Commission report into residential schools that Canada is guilty of committing genocide against Indigenous peoples. We also know that Canada is guilty of having dispossessed Indigenous peoples of their lands and resources and committed grave acts of violence against them. Sadly, many of Canada’s racist and oppressive laws, policies and practices continue.

The courts have found Canada guilty of racial discrimination against Indigenous peoples for the purposeful underfunding of First Nations children in foster care, but Canada has refused to abide by the ruling.

The Canadian Human Rights Act applies to federal departments and agencies and prohibits discrimination on the basis of race. Yet, the federal government continues to provide less funding for First Nation child and family services than other provincial residents enjoy. This lack of funding has been found to be a primary cause for why First Nation children are over-represented in a foster care system that has become a pipeline to prison – more than two-thirds of all Indigenous peoples in prisons today have come through the foster care system – sexual exploitation and, in Fontaine’s case, murder.

If one looks to the international treaties, declarations and conventions that Canada has ratified, the breaches of human rights go back decades.

The United Nations Convention on the Rights of the Child, which Canada ratified in 1991, committed the government to take all legislative, administrative and other measures necessary to secure the human rights of children to the “maximum extent of their available resources.” Given Canada’s vast wealth – which comes from Indigenous lands and resources – it is shocking that the majority of Indigenous children live in poverty.

When Canada puts Indigenous children into foster care, it is legally obligated to act in their best interests (article 9) ensure they are fostered in their own cultures, not hotel rooms (article 20) ensure the highest standard of health (articles 3, 24) and take all measures to protect them from drugs (article 33) and sexual abuse while in state care (article 19).

Canada has not done better – and it knows it. Worse, it can predict with a relatively high degree of certainty what will happen if it continues to violate the basic human rights of Indigenous children. Statistically, they will lack equal access to education and employment, and experience higher rates of homelessness and incarceration. They will suffer higher rates of disease and physical and mental illness that lead to premature death. They will face more violence, suicide, disappearances and murders. And white men accused of killing them will continue to walk free.

Tina’s death is not on Tina or her family or community. It’s on Canada.