Why missile defence will increase the likelihood of nuclear war

By opening the door to joining the U.S. ballistic missile defence program, Justin Trudeau is contributing to the American military’s dangerous belief that a nuclear war is winnable 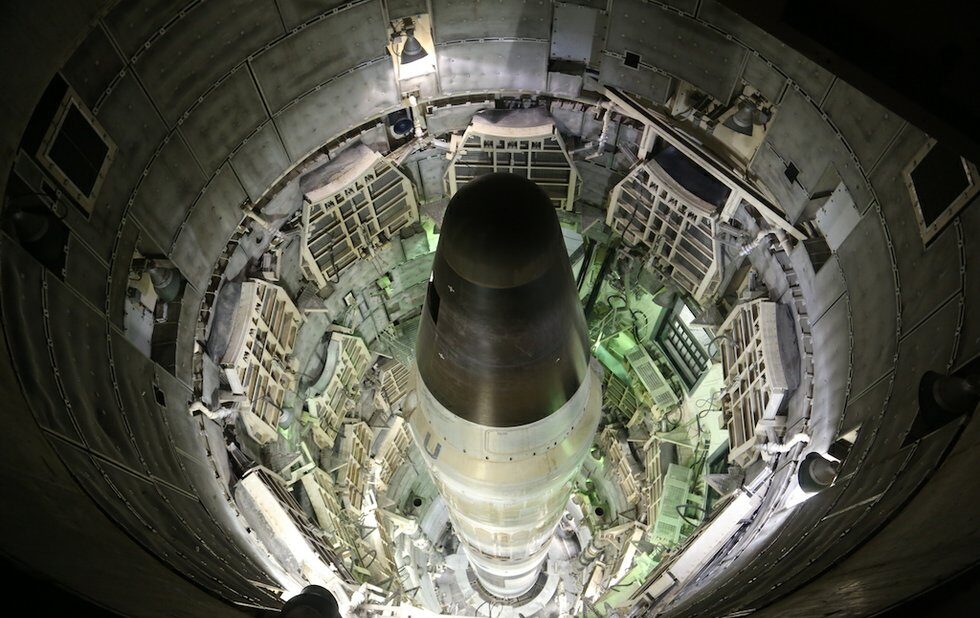 The Invictus Games, attended by Prince Harry and many celebrities in Toronto last week, overshadowed a another big military story: a September 19 report in the Toronto Star that Prime Minister Justin Trudeau has “cracked open the door to joining the U.S. ballistic missile defence program, [and] reversing Canada’s long-standing opposition in the face of North Korea’s new capabilities to strike North America.”

In view of past public opposition to missile defence, the “crack” in the door may just be a feeler to measure public reaction, as the Trudeau government, which has promised additional billions for the military, pursues a “hard power” foreign policy.

But the idea of missile defence is deceptive.

Missile defence technology, which emerged after the Korean War, was initially envisioned to intercept intercontinental ballistic missiles (ICBM) carrying nuclear weapons. ICBMs can travel at enormous speeds, so missile defence is most effective if it intercepts missiles just after launch or when they re-enter the atmosphere at lower speed.

In the past, the fear of “mutually assured destruction” (MAD) through a retaliatory attack served as a deterrence. However, eliminating the means for nuclear retaliation through missile defence could actually provide an inducement to attack with nuclear weapons.

Theodore Postol, professor emeritus of science, technology and international security at MIT, says that missile defence increases the likelihood of nuclear war by contributing to the American military’s dangerous belief that a nuclear war is winnable, and that nuclear weapons can be used like conventional weapons.

Scarier still says Postol is that superior U.S. technology in the form of missile defence would force opposing nuclear weapon states to decide within minutes, with insufficient information, whether there are incoming missiles and whether to launch a counterattack.

Under these circumstances there is a high potential for accidental nuclear war, says author Eric Schlosser, who has written about the fragility and illusion of safety in his book Command And Control: Nuclear Weapons, The Damascus Accident, And The Illusion Of Safety.

In the last months of his presidency, Barack Obama refused to take nuclear weapons off hair-trigger alert. This means that within as little as six minutes, Donald Trump can launch a nuclear strike on North Korea, with weapons deployed from submarines surrounding the Korean peninsula.

The threat to use nuclear weapons, as Trump did in his speech at the United Nations recently, is a violation of the Non-Proliferation Treaty, according to the advisory opinion of International Court of Justice. Intercepting missiles in space also violates the Outer Space Treaty, which was ratified 50 years ago to maintain space as a global commons for peaceful purposes.

It is a dangerous time. Canadians must challenge Canada’s willing participation in this madness.