Why the Toronto Black Film Festival matters more than ever

On our NOW What podcast, founder Fabienne Colas discusses the festival's evolution for 2021 and the Being Black In Canada mentorship program 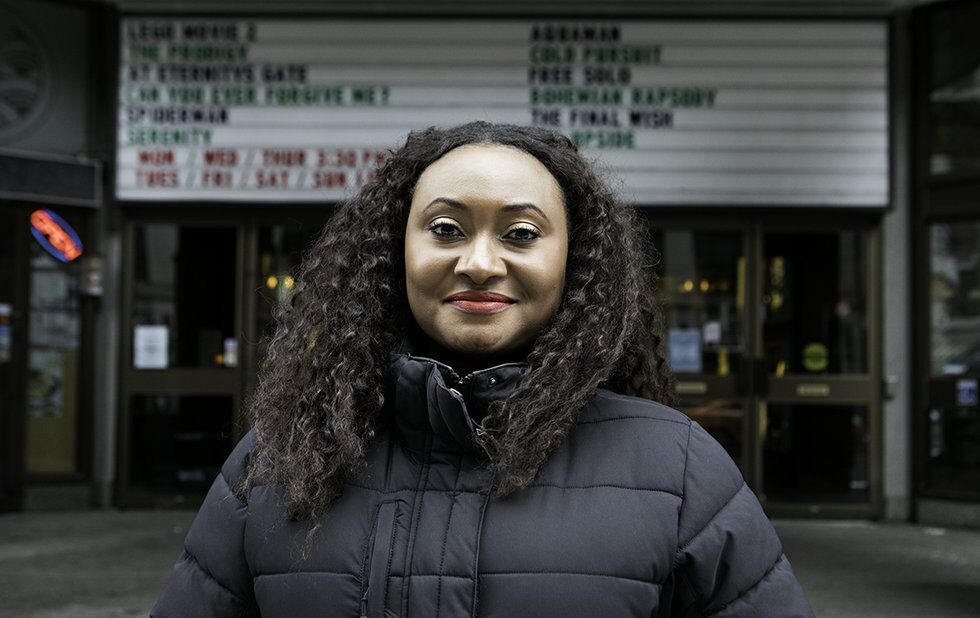 The Toronto Black Film Festival launches its 2021 edition this week, in a world that’s rather very different than it was this time last year.

There’s the pandemic, of course, so the festival’s gone virtual, but there’s also everything else that’s happened – like the surge in Black activism after the U.S. police killings of Breonna Taylor and George Floyd and the renewed conversation about representation in the film and television industries.

Fortunately, TBFF has always been ahead of the curve on that last point.

In addition to the festival itself, founder Fabienne Colas has been running the Being Black in Canada program for several years, which provides young Black filmmakers with mentorship from industry veterans to produce short films about who they are and express their own lived experience.

Colas and I discussed the program, the festival’s embrace of streaming for the 2021 edition, and a few other things in the latest episode of the NOW What podcast.

Colas explains that the shift to streaming allows TBFF to feature a much larger program this year.

“It’s a record number of films this year,” she says. “It’s 154 films versus usually about 70, it’s more than doubled. We don’t have to say, ‘Well, we need to add this or that film for a screening… oh my god, we need another theatre.’ However, it costs as much or more to put such a festival together, because there’s a license for the [streaming] platforms, and we also have to add more people on the team that are more tech-savvy to help us.”

This year, as always, TBFF will also feature short films produced for the Being Black in Canada project, which pairs emerging filmmakers with professional industry mentors to produce a short film that reflects their perspective and lived experience – to make sure those young Black artists don’t go through what she did as a young creator when she arrived in Canada from native Haiti.

“I wrote a short film script,” she says, “And a friend of mine, a white established producer in Montreal, said ‘Okay, I’ll produce it,’ and then I had a distributor and everything was lined up. And then he said, ‘Well, you know what? I’d love to introduce you to somebody who is a professional in the industry. He’s a screenwriter and he will help you tighten up the script so it can be stronger.’

“It was a young white guy, he was working on so many things in the industry, he was really established… but believe it or not, after working with him and sending several versions back and forth, I could not recognize my story anymore. It became something else, filled with testosterone and white noise. I could not even defend the story in front of funders, because they said, ‘What you’re saying and what is in the script are two different stories. So we think you’re not ready to direct this film.’”

The Being Black in Canada program results in 20 shorts every year from filmmakers all over Canada. The 2020 cohort, screening at this year’s TBFF, features work from Montreal, Toronto and Halifax.

“That’s the bottom line. Being Black in Canada [was founded] to fill this void, this lack of opportunity. On one side, you have the problem of emerging Black filmmakers not having opportunities. They have talent, but they don’t have opportunities to tell their story… and the film industry needs authentic Black stories. And we’re feeding this film industry with more Black authentic stories.”

Once a filmmaker goes through the program, they come out with a calling card for future work in the industry.

“They would have created a film in a professional setting, they would have screened it at all the Black film festivals and other festivals. They would have gone on TV with the film. So now let me tell you, they are considered as professionals – to take the next step to organize themselves, to either get a producer or to create their own production company, to ask for money for the next film.”

The Toronto Black Film Festival runs online from February 10-21. The 2020 Being Black in Canada films are currently streaming free on CBC Gem. Listen to the entire conversation with Fabienne Colas in the latest episode of NOW What, available on Apple Podcasts or Spotify or playable directly below: