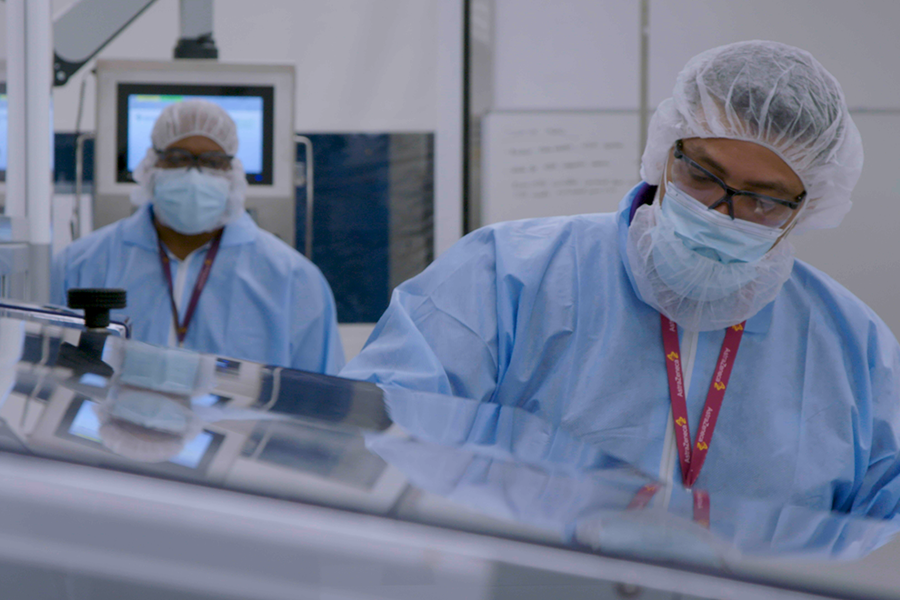 Canada’s National Advisory Committee on Immunization (NACI) is recommending the expansion of the use of AstraZeneca’s COVID-19 vaccine. The change was announced at a technical briefing Tuesday morning.

NACI says it’s basing its revised recommendation on three recent “real-world studies,” namely, the vaccine’s widespread use in the UK.

NACI had originally recommended on March 1 that the vaccine only be used in people between 18 and 64 years of age. That was after Health Canada had authorized the vaccine’s use in people over 18 only a few days earlier.

Dr. Caroline Quach, chair of the advisory committee, says that at that point the committee only had data from a Scotland study with “methodological issues” to go on. AstraZeneca’s phase three trials only included a small number of people over 65. Quach says the committee was awaiting data from the U.S. when it made its original recommendation, and that data now won’t be available until mid-April.

But Quach says that recent findings from the vaccine’s use in the UK, where some seven million doses have been administered, show increased effectiveness in mitigating the severity of the coronavirus, as well as the number of hospitalizations among those over 70 and 80 years of age who tested positive for COVID-19.

NACI’s shift is bound to raise questions about vaccine hesitancy and what one reporter termed “vaccine shopping,” Quach acknowledged during Tuesday’s briefing.

At the same time as NACI is recommending expanding the use of the AstraZenaca vaccine, it’s continuing to recommend prioritizing the use of mRNA vaccines, like Pfizer’s and Moderna’s, “for those at highest risk of severe illness and death.” AstraZeneca’s is what’s known as a viral vector vaccine, which have shown to be slightly less effective in controlling the virus – although it’s important to point out they are just as effecacious in preventing death.

A dozen countries in Europe have recently paused or temporarily suspended the use of the vaccine as a “precautionary measure” after blood clots were reported in some 30 recipients. One woman in Denmark reportedly died of a blood clot in the brain. Experts have found no “causal link” between the AstraZeneca vaccine and the adverse side effects seen among some in Europe.

Marc Berthiaume, director of the Bureau of Medical Science at Health Canada, says the benefits of the AstraZeneca vaccine continue to outweigh the risks. He points out that “the number of cases of adverse events is lower than the rates that would be expected in the population.”

But Quach says NACI’s messaging on its original recommendation on the vaccine could have been clearer. The data on vaccines continues to evolve. “Anything that is moving tends to raise questions,” she says. “If you have a better crystal ball, I’d like to borrow it.”

To be sure, context is important. More than 17 million doses of the AstraZeneca COVID-19 vaccine have been administered worldwide, some 11 million of those in the UK.

According to the Public Health Agency of Canada, the problem identified by some countries was with specific batches of the AstraZeneca vaccine. None of the identified batches have been shipped to Canada.

But conflicting messaging on vaccines has its own unintended public health consequences.

Some experts suggest that the decision by European countries to pause its rollout of the AstraZeneca vaccine may encourage even more people not to get vaccinated, slowing resilience against the virus.

Michael Head, a senior research fellow in global health at the University of Southampton in the UK, told MIT Technology Review this week that “Pausing vaccinations mean doses aren’t going into people’s arms.”

Head says the issue has already “become a bit of a political football.” He says existing levels of vaccine hesitancy may have contributed to the decision of some countries to pause the use of AstraZeneca’s vaccine. In France, for example, even before the latest developments around the AstraZeneca vaccine the number of people who said they are not going to be vaccinated is as high as 40 per cent.

Canada doesn’t have the same level of vaccine hesitancy as in Europe.

In fact, we saw a surge in the number of Canadians willing to be inoculated when vaccines first became available in January. Some 60 per cent said they were willing to be vaccinated, a 12 per cent jump, according to Angus Reid.

A poll released by Leger today suggests more than 50 per cent of Canadians still want to be vaccinated with the first vaccine available, despite recent developments around AstraZeneca.

That could change, of course. In Montreal, some 6,000 people turned up at an anti-lockdown rally to protest the Quebec government’s COVID restrictions over the weekend. Anti-vaxxers were prominent among the contingent. There, unlike other provinces, a curfew is in effect which may have the effect of hardening public views against vaccines.

Most Canadians, however, seem to get it. Even vaccines developed decades ago to fight polio and any number of other diseases have side effects.

But unlike vaccines for polio et al, which took years to develop, the public health emergency created by the coronavirus meant vaccines had to be developed quickly. And that necessitated speedier than normal approvals to get an antidote into the general population as quickly as possible to stem the tide.

Also unlike other epidemics, there will be no universal vaccine. That die was cast when the U.S., China and Russia decided to go it alone on the development of a vaccine. To date, more than half a dozen vaccines have been developed to fight COVID-19, each with varying levels of effectiveness.

Massive trials involving tens of thousands of people were undertaken to make sure the vaccines are safe. But just as with other vaccines, the monitoring and testing doesn’t stop once clinical trials are over. That continues as more people are vaccinated. From time to time there will have to be reassessments made.

Quach says recommendations from NACI will continue to evolve as more data becomes available on vaccines currently in circulation. Such is the nature of the beast. Pfizer, for example, says some of its more recent data suggests young people between 12 and 15 years of age can be safely inoculated with its vaccine. Quach says, however, that all the data NACI has seen so far suggests a vaccine won’t be available for anyone under 18 until the end of 2021.