Women in weed: welcome to the emerging “estrogen oligarchy” 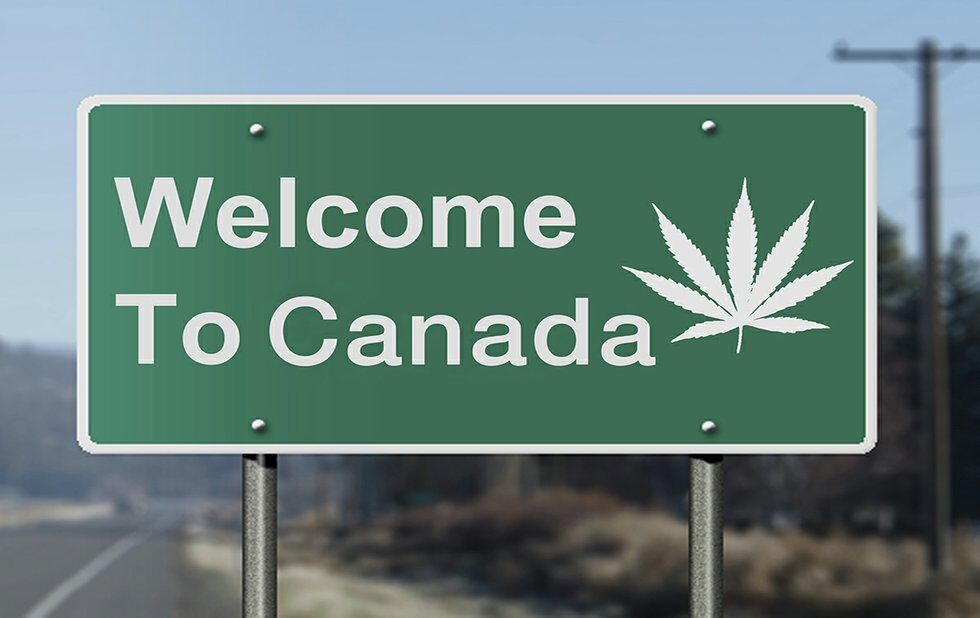 Botanically speaking, cannabis – the smokable form – is a female plant. The male cannabis plant doesn’t flower in a way that will get you high. It doesn’t produce any buds and it looks more like a rather pathetic imitation of cannabis.

If you want to grow cannabis, then, you need to “feminize your seeds,” which is to say, you pick out the male seeds and discard them. In the cannabis universe, you quite literally elevate the female.

The message is one that the industry at large could stand to think about, since less than five per cent of board positions of Canadian cannabis companies are filled by women.

But the view that women are being left out of the industry’s so-called green rush – and not shaping the future of legal cannabis – is slowly changing.

While women are underrepresented in the upper echelons of the cannabis industry, a different picture is starting to emerge.

From former grey market business owners to the CEO of a soon-to-be-public Licensed Producer (LP), women are increasingly finding their place in the growing cannabis market, as well as acting as strong advocates for a more equitable industry.

Historically, the cannabis community has always had close ties to social justice and advocacy, and as a result there are no shortage of women who have carved out a space for their voice.

“When we were an illegal movement, when this was civilly disobedient and there was so much risk, the movement was much more female-dominated,” says Hilary Black, now the director of patient education and advocacy with Canopy after making her name founding the British Columbia Compassion Club Society. “In my compassion club world, we dealt with very female-driven organizations. Friends used to call it the estrogen oligarchy.”

Kelly Coulter, founder of Slo Farms, a micro grower on Vancouver Island, says the industry has “a very rich culture of women, female medicine-makers… that will be part of the third wave of cannabis legalization.”

It was predictable that a shift to a more male-dominated industry would come as marijuana moved into the regulated, legal space. The privatization of the medical cannabis system, under the transition to the medical marijuana access regulations, was structured in such a way that participation was predicated, first and foremost, on capital.

As a consequence, the same barriers that have historically disadvantaged women in the boardroom were refashioned in the cannabis industry.

In the early days of the private cannabis industry in Canada, says Alison Gordon, the CEO of the Ontario-based LP 48 North, “it was really cowboy,” which meant that people with experience in “risk-taking, experience in the public markets, experience with raising money” were the ones willing and able to make the leap into cannabis.

Unsurprisingly that meant the industry recreated the same kind of gender disparities that exist in finance and law. “Women don’t always have the freedom to take those types of risks in their career,” says Gordon, who notes that when 48 North goes public in the next couple months, she will be the first female CEO of a public cannabis company in Canada.

It’s still a problem though. There’s nobody denying that. In some respects, this has become an uncomfortable acknowledgement, even among the men who have benefitted from it. Yes, the system has statistically excluded women at the top level, but even many of the women involved in the industry I spoke with were reticent to say that this is a problem unique to the cannabis industry. It seems more accurate to say that the problem of a lack of women in leadership roles is an utterly normal one – that is, it exists in every other industry.

But why, then, hasn’t cannabis been a leader in gender equality? Cannabis has a long tradition, after all, of social conscience, and in an age when gender diversity in business is becoming openly talked about, why hasn’t that translated statistically?

Many men would welcome change. Black and other staff at Canopy openly acknowledge, for instance, that the lack of women on Canopy’s board of directors – there are none – is a major problem, but one that there is keen interest among executives in tackling.

Stephanie Ostrander, a recruiter with the cannabis industry recruiting firm Cannabis at Work, says that the bulk of men she works with at an executive level “are great guys who are executives at LPs and we hear them loud and clear,” she says.

Still, “It’s really tough when your pool of talent doesn’t include a lot of women,” she says. “I’m really happy when I’m hiring at the executive level and I see a great resumé from a diverse candidate.”

If any of this suggests that sexism doesn’t exist in the cannabis industry, think again.

“That is a thing that’s out there in the world,” says Black. But, she adds, “that’s not just about the cannabis industry, that’s about men just generally.”

And even though there are plenty of women “kicking ass and taking names,” as Black puts it, there are disconnects between that and tangible signs that women are becoming leaders in the same way men are.

“Women in the space are working so fucking hard, and they’re not always rewarded the same as their male counterparts,” says Lisa Campbell, former co-founder of Green Market and a NOW contributor.

But, as Ottawa-based lawyer Trina Fraser notes, a lot of the entrepreneurial activity in the industry that is seeing advances for women is in derivative products: edibles, beverages, topicals and so on.

None of these products are legal, necessarily, but they will soon become valuable for LPs, when the feds get around to regulating that side of the industry over the next year. That could open up opportunities for women, who are well represented in the underground cannabis product market.

As the feds figure out the regulatory regime and how exactly to work in the wide variety of cannabis-infused products that are out there, “We’ve got to really encourage and support female entrepreneurs,” Fraser says.

Most of the women I spoke with are optimistic about that. Gordon, for instance, says being a woman helps her because she stands out in meetings. Black also says she has felt supported and listened to when she speaks out about including the voices of more women.

“My direct manager is a woman,” says Black. Most of the people she works closely with are women as well.

That, it’s fair to say, should not be underestimated.