NOW MagazineNewsRipley’s fights union drive – believe it or not

Ripley’s fights union drive – believe it or not 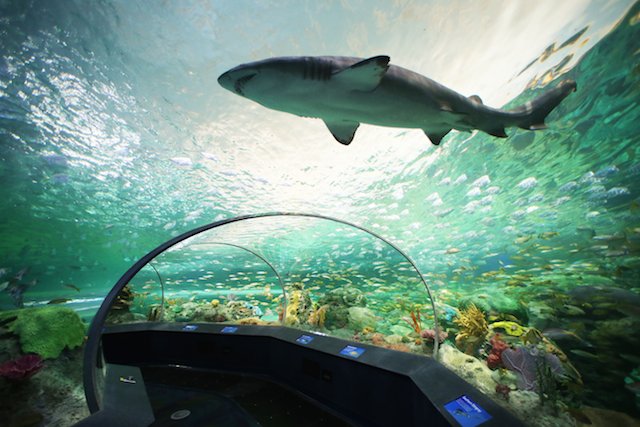 Workers at Toronto’s Ripley’s Aquarium will vote on union certification this week after a number of positive COVID-19 cases, layoffs and pay cuts have spoiled labour-management relations at the downtown tourist attraction.

Management at the facility, which has been closed to the public since Toronto’s first lockdown in March, is urging workers to “vote NO!” to union certification being sought by Unifor.

In two strongly worded emails sent to workers recently and obtained by NOW, management warns that union representatives wouldn’t understand “the important role you have with our animals.”

The emails go on to suggest that workplace conditions might actually get worse under a collective agreement, insisting that, “No one can force the Aquarium to agree to terms that the business cannot bear.”

Ripley’s says on its website that it is “wholly owned and operated by Ripley Entertainment Inc., a subsidiary of the Jim Pattison Group.”  The Vancouver-based parent company recently made headlines for cutting pandemic pay for its grocery store workers at Save-On-Foods.

York University labour law professor David Doorey says that while the company’s letters to employees are legal, he notes that “it will be the employees themselves who direct the union’s bargaining demands,” not the union.

McMaster University labour studies professor Stephanie Ross goes further. She suggests the emails are “meant to create a sense of uncertainty and heighten the sense of risk in making this choice” to unionize.

A company spokesperson confirmed that emails were sent to employees but declined to comment further on their claims in specific terms.

“We do not believe our employees would be better served being represented by a third party and have communicated this message to them over the course of this certification drive.”

Workers say their current organizing drive is about protection from pay cuts and working conditions.

One Ripley’s worker who spoke to NOW on condition of anonymity says the union drive gained momentum over “mass layoffs” and management’s response to COVID-19.

A June 22 letter from the company to one employee laid off during Toronto’s first lockdown said they would be rehired, but with a 10 per cent pay cut that was described as “temporary.”

Scanlan says the other issues faced by workers reflect a sense of helplessness. Ripley’s workers, she said, “want a voice at the table.”