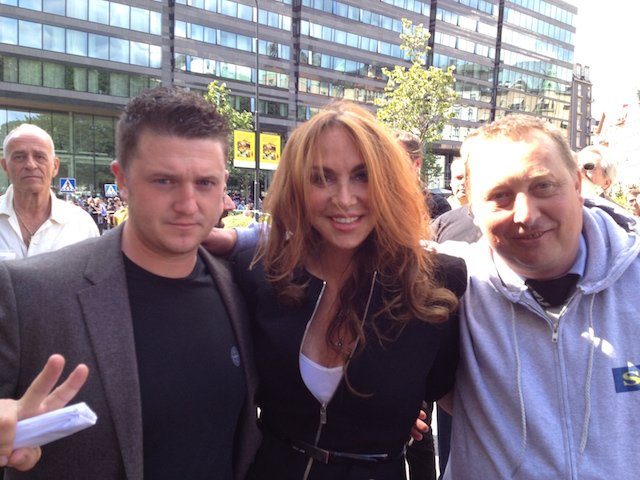 An American blogger described as “the world’s top Islamophobe,” has been invited to speak in Toronto.

Pamela Geller, co-founder of Stop the Islamization of America (SIOA), is scheduled to appear at a speaking engagement organized by the Jewish Defence League (JDL) at Canada Christian College on December 18.

The JDL, which has come under increasing scrutiny from its own supporters in the Jewish community over its alignment with neo-Nazi and anti-immigrant groups at anti-Muslim rallies in Toronto and around the GTA in recent months, is promising a barnburner. A promotion for the event on the group’s website says the evening will include excerpts from the documentary Can’t We Talk About This? The Islamic Jihad Against Free Speech, which features interviews with far right Dutch politician Geert Wilders, who has also written the forward to Geller’s new book, “and many other heroes of freedom.” 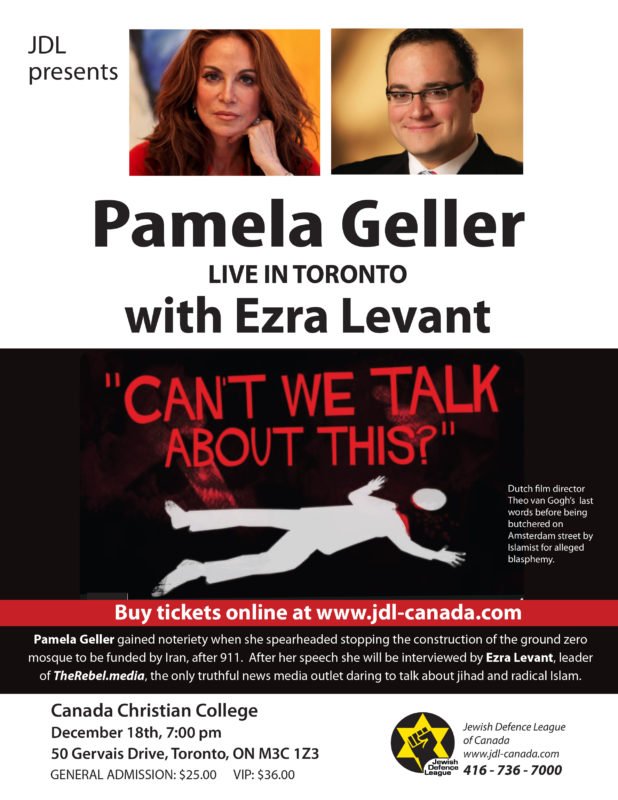 Geller’s speech will be followed by a one-on-one interview with Rebel Commander Ezra Levant of Rebel Media, “the only truthful media outlet daring to talk about radical Jihad and radical Islam,” according to the JDL promo. An exclusive “meet Pamela” dinner is also being organized the day before the Canada Christian College event. Tickets for the dinner are being sold at $180 a pop.

The open letter notes the fact that Geller was prevented from entering the UK in 2013 by then Home Secretary Theresa May, “on the grounds that your presence here is not conducive to the public good,” according to a letter from May to Geller that Geller later published on her blog. Geller was planning to attend a march of the far-right English Defence League. The British government’s decision was supported by the Board of Deputies of British Jews.

The U.S.-based Southern Poverty Law Center describes Geller as “the anti-Muslim movement’s most visible and flamboyant figurehead.” The group traces Geller’s radicalization to her involvement in Stop The Madrassa, an effort led by anti-Muslim activists to block the opening of a secular public Arabic-English school in Brooklyn in 2007.

Geller’s incendiary anti-Muslim pronouncements (too many to list here) have drawn the praise of racist websites, including the white nationalist, white supremacist and neo-Nazi internet forum Stormfront.

But Geller’s most controversial claim to fame is the fact she is among the anti-Muslim activists admired and cited by Norwegian terrorist Anders Breivik in the manifesto he posted online hours before killing 77 people, mostly teenagers, at a left-wing youth camp in August 2011. 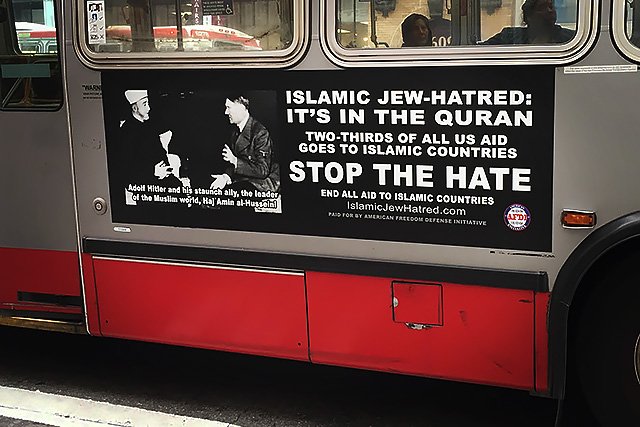 Bus advertising campaign in U.S. sponsored by American Freedom Defense Initiative, of which Geller is president.

Mainstream Jewish organizations have also distanced themselves from Geller over her anti-Muslim rhetoric. The Anti-Defamation League wrote in a blog on its website in 2015 that Geller’s anti-immigrant and anti-refugee rhetoric “not only contradicts the Jewish-American values which she claims to defend but also violates basic human decency.”

Geller is no stranger to controversy in Canada. During debate around the federal government’s anti-Islamophobia Motion M-103 earlier this year, Geller charged that the motion, which has since been passed, “would enact anti-Islamic blasphemy laws in Canada.” And charged that Trudeau “has diabolically employed psychological warfare tactics created by the Muslim Brotherhood [to] smear the whole Canadian population with the lie they are Islamophobic.”

Geller was also invited by JDL to speak in Canada in 2013 at Chabad Flamingo synagogue in Thornhill. The synagogue’s spiritual leader, Rabbi Mendel Kaplan, supported the invitation. The event, however, had to be moved to the Toronto Zionist Centre after York Regional Police’s hate crimes unit expressed its concerns to Kaplan about Geller’s views being “in conflict with the force’s long-held position of inclusivity.” (Kaplan is a volunteer chaplain for the force.) The Toronto Board of Rabbis also issued a statement condemning JDL’s invitation to Geller calling her anti-Muslim views “distasteful.” 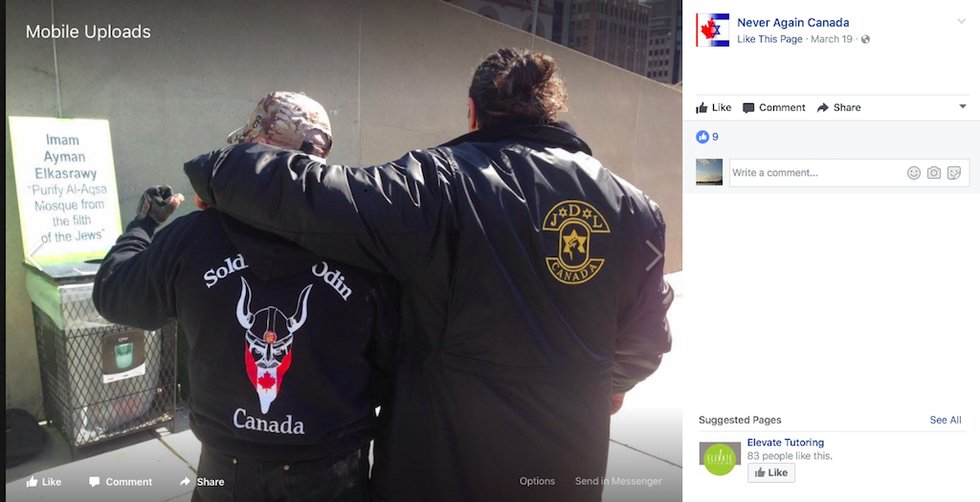 Growing anti-Muslim sentiment in Canada has given rise to odd alliances between the ultra-Zionist Jewish Defence League and white nationalist groups like Soldiers of Odin.