NOW MagazineNewsYear In Review 2018: A grim year for Toronto’s poor

Year In Review 2018: A grim year for Toronto’s poor

Now under Doug Ford, the poor are facing overt class warfare 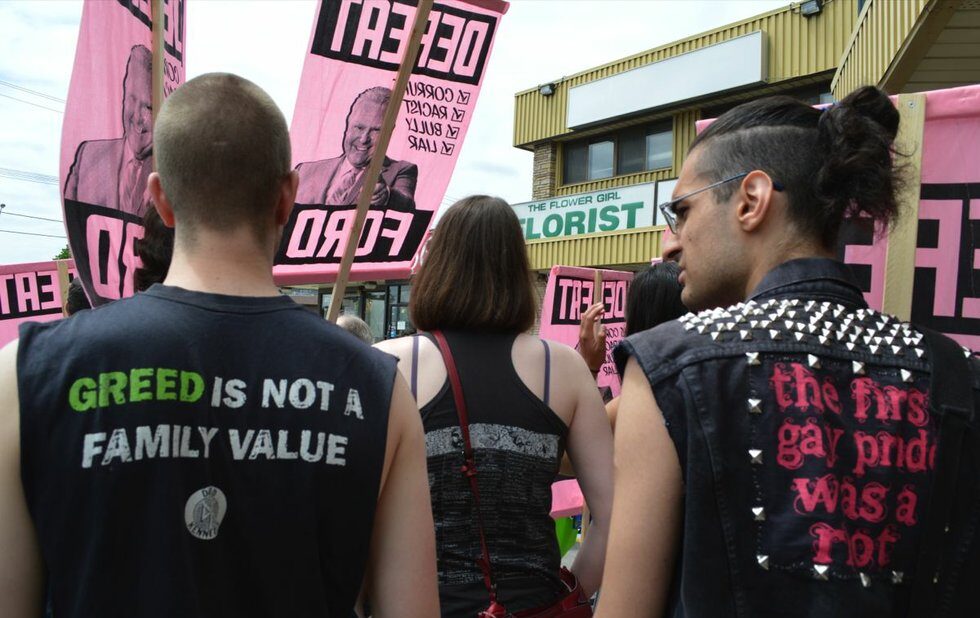 Inequality requires the greed of an “ordered by profit system,” and a “regime of sustained accumulation,” authors Bryan D. Palmer and Gaétan Héroux explain in the conclusion of their 2016 book Toronto’s Poor – A Rebellious History.

That would explain how Toronto, which ranks as one of the wealthiest cities in the world  has kept residents who live on the economic margins trapped in daily struggles to get by.

The statistics are mind-numbing.

Nearly a quarter of Torontonians live below the poverty line. The city has the highest child poverty rate in the country (one in four). Half of Toronto wage earners don’t have full-time or permanent jobs with benefits. Many struggle with short-term, temporary or minimum wage jobs.

According to Social Planning Toronto, nearly half of Torontonians (47 per cent) are renters who spend 30 per cent of their income on shelter. After rent and taxes, families surviving on minimum wage spend 35 per cent of what’s left on transit. Monthly Metro passes are now $146. At $20,000 a year per child, 75 per cent of Toronto families can’t afford licensed daycare.

The shelter system has reached crisis levels, with people warehoused in crammed, substandard conditions. Now we’re facing overt class war from the Doug Ford government, which has scrapped a minimum wage hike and a series of impending reforms that would have improved the protections of low-wage earners and precariously employed workers, taking the province back to the Mike Harris workfare -model of the 90s.

“The best social program is a job,” declares Social Services Minister Lisa MacLeod, yet Ontarians with disabilities who can work occasionally are being denied support.

For the working poor and people on assistance, the year ahead looks even more grim. As Heroux and Palmer write in their book, poor people’s struggles for basic necessities today in many ways reflect the grind faced by the unemployed during the Great Depression.

Back then, the conditions faced by the poor led to a riots at Queen’s Park to demand relief from the province. For anti-poverty activists, the task of building a similar social movement is at hand.