Future of Yonge-Dundas fixture remains in a state of disarray

After discussions about turning 38-40 Dundas into a music incubator in 2015, the city has yet to realize the potential of lands expropriated at iconic corner in the late 1990s to make way for Yonge-Dundas Square redevelopment 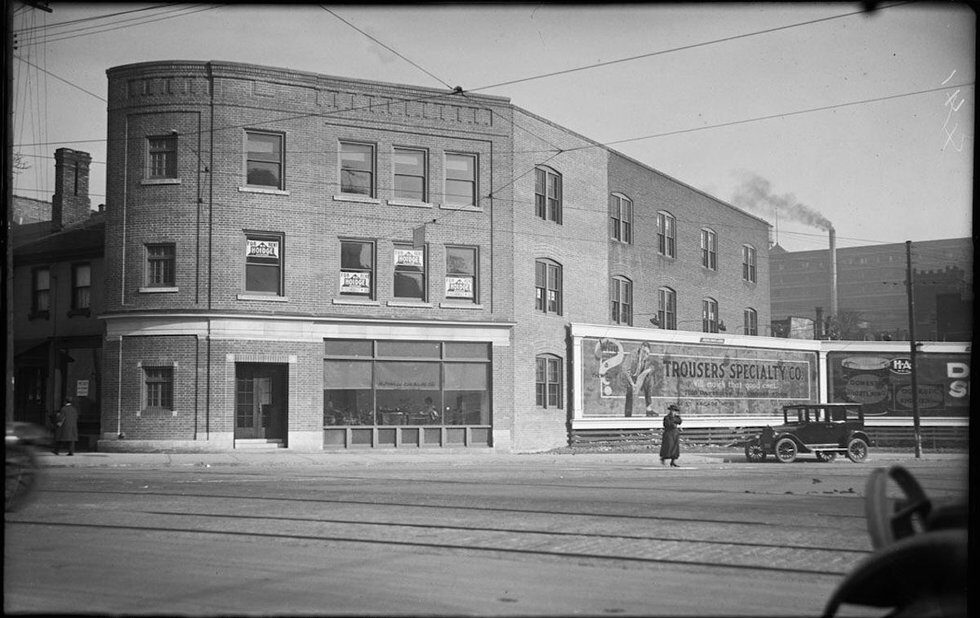 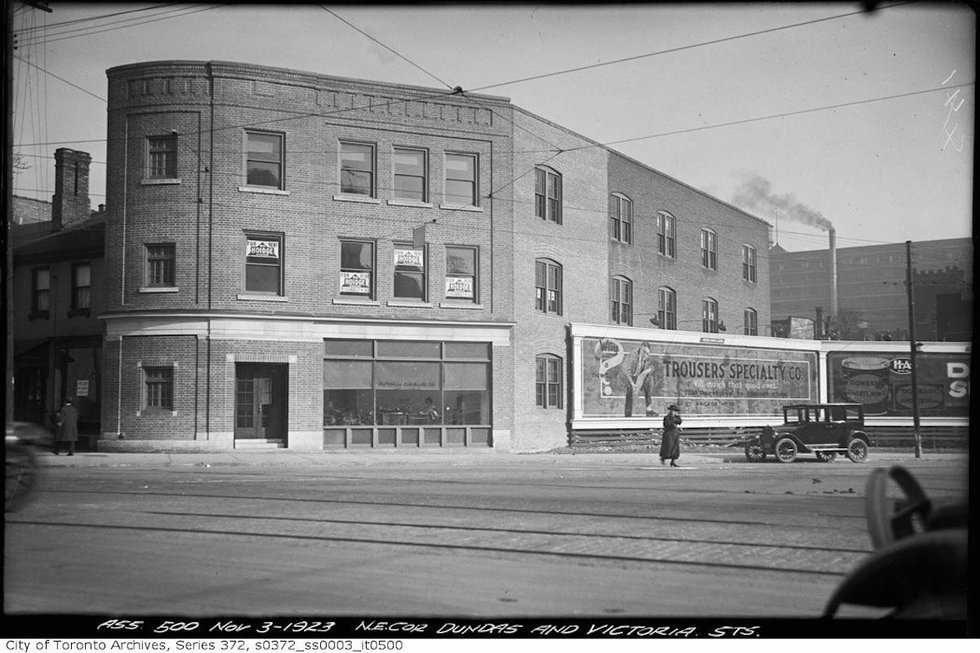 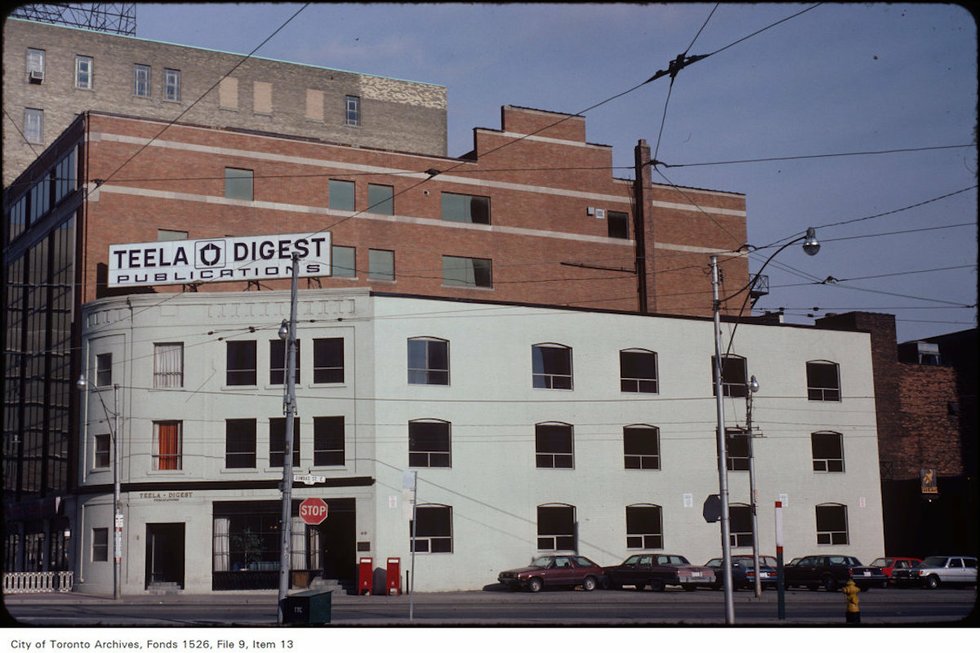 At the corner of Victoria and Dundas East, tucked behind Yonge-Dundas Square, stands a bleak reminder of the transformation in the area over the decades.

During its glory years, 38-40 Dundas East was a visually modest but pleasing corner fixture, with dentil mouldings on the upper storey and an unarticulated cornice above the main entrance.

From its beginnings in 1913, it housed various commercial tenants, including the Powell Chemical Company, Teela Digest Publications and, until 2010, Hakim Optical. At that point, Hakim’s lease was not renewed by the city, which had expropriated the property in the late 1990s.

There have been several redevelopment proposals for the site, including converting both 38-40 Dundas and the Toronto Public Health building next door into a hotel and business centre. In 2013, the Downtown Yonge BIA recommended that the original façade be restored, that a green roof be added and that the interior be converted into work and event space. In 2015, there was discussion about turning the building into a music incubator.

Unfortunately, none of those plans have been realized and the building has fallen into a state of disrepair and declared structurally unsound. The windows are boarded up and years of paint have peeled off the exterior brick to reveal a building that’s been forgotten, despite being a stone’s throw from a bustling city square.

On Saturday, November 3, a group of students and emerging professionals of Architectural Conservancy Ontario’s NextGen committee met at Ryerson’s School of Urban and Regional Planning for its 7th annual design charrette to discuss ways of bringing the building (and corner) back to life.

The day began with a walking tour of the surrounding area and nearby laneways led by Michelle Senayah, co-founder of The Laneway Project. Senayah provided historical context for the site and urged participants to re-consider how we think about laneways and how they could be better used as public space.

The tour was followed by a talk by Luc Bouliane of the architectural firm Lebel & Bouliane, on adaptive reuse. Five teams were then asked to work with their peers on plans for the redevelopment of 38-40 Dundas East.

The submissions were judged by a panel, which included Kim Storey, founding principal at Brown & Storey, the firm responsible for the redesign of Yonge-Dundas Square.

While the plans varied, all five recognized the potential of the empty triangular parcel next to the building, which was created during the realignment of what was once Wilton Avenue to form Dundas when several properties were demolished, including two owned by Egerton Ryerson, namesake of the nearby university.

Several groups suggested a glass extension to incorporate the vacant space into the interior of the building and allow a direct view from the street. All of the groups stressed the importance of incorporating the adjacent laneway, whether by installing rotating art installations or adding food stalls in the summertime.

Another recurring theme was the importance of restoring the original facade and creating a space for community engagement. The groups tabled numerous proposals on the latter front: a restaurant and café an Indigenous museum communal workspaces and a community garden on the rooftop.

The groups also expressed a keen interest in implementing programs that would offer employment opportunities for low-income people, including those who use the safe injection site in the Toronto Public Health Building next door.

The winning entry proposed transforming the building into a welcoming space for both locals and tourists, and included a multicultural food market and seating area at ground level, a café and lounge on the second floor, and an upscale bar and restaurant on the third floor.

While 38-40 Dundas remains an uninviting building that everyday passersby will drift past without a second glance, the plans created offer ideas for the possible regeneration of one of the city’s long-lost corners. 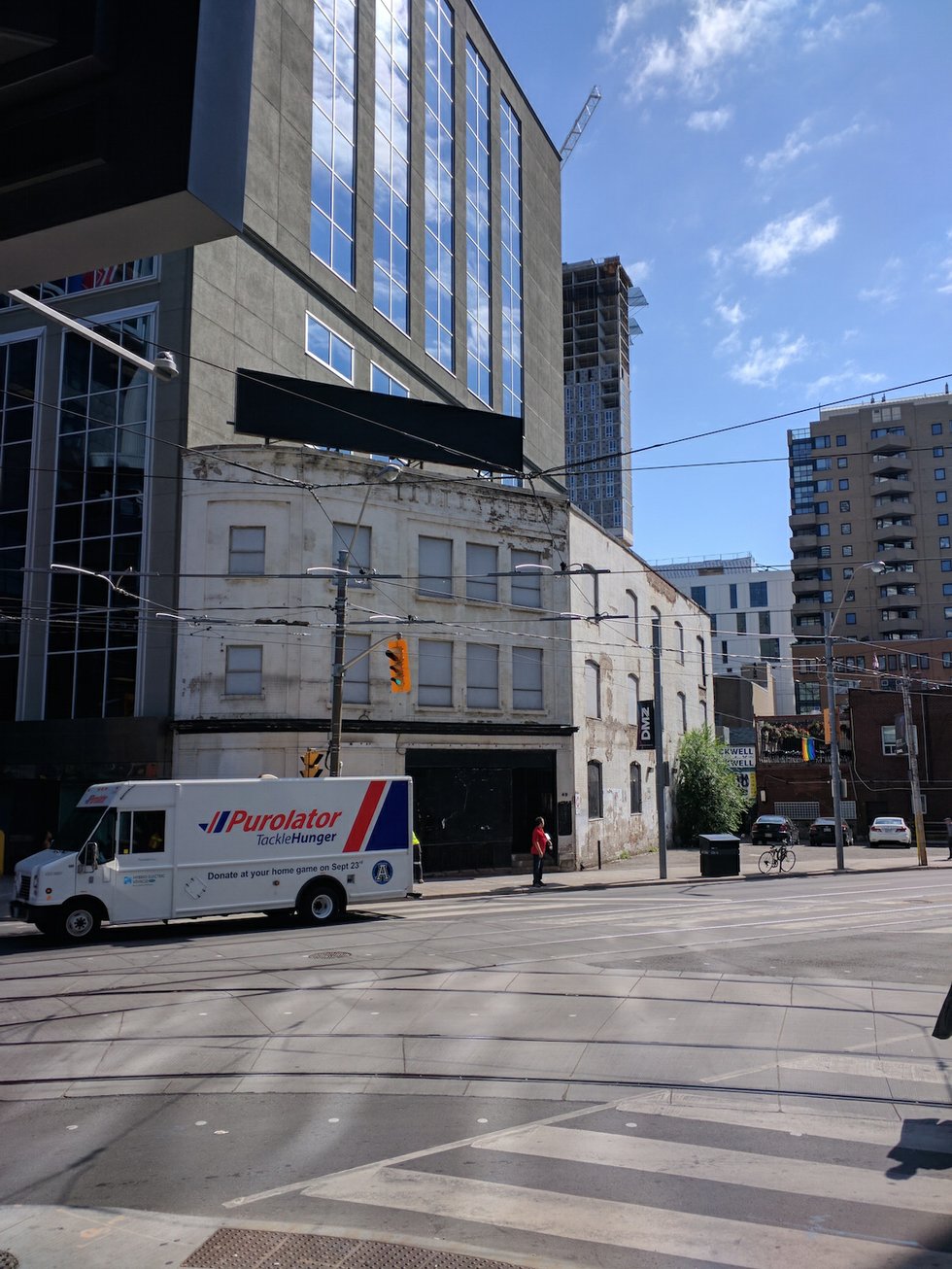 Loryssa Quattrociocchi is vice-chair of Architectural Conservancy Ontario’s NextGen committee and a D.Phil. student at the University of Oxford.