It was a riot in the minds of those politicians whose rule was, and remains, dependent upon the suppression of. 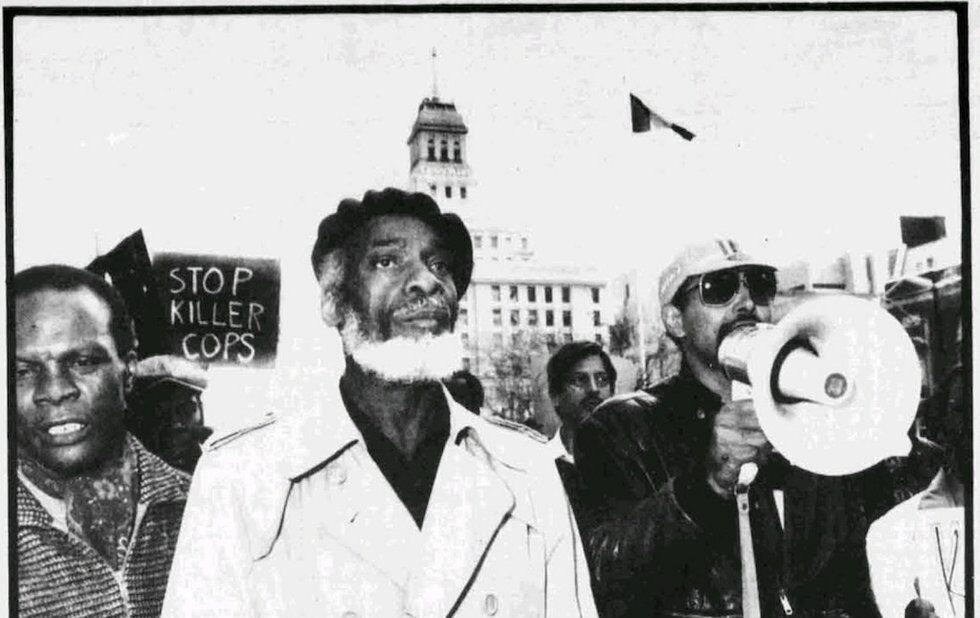 It was a riot in the minds of those politicians whose rule was, and remains, dependent upon the suppression of historical memory not to mention the active containment of struggles. In the words of long-time Black activist Lennox Farrell, the May 4, 1992, Yonge Street riot was a rebellion more than a riot.

But on the 25th anniversary of the protest, racial injustice, police killings of Black people and Black resistance continue to occupy newspapers front pages and the citys consciousness more than ever.

Now a new documentary, It Takes A Riot: Race, Rebellion, Reform, screening at Ryerson on Thursday (May 4), asks, What does it take for Black people to get justice in this society?

May 4, 1992. Los Angeles is burning and Public Enemys Shut Em Down, from their Apocalypse 91… The Enemy Strikes Black album, sits atop the rap charts, its opening lyrics delivered in emcee Chuck Ds booming baritone: I testified / my mama cried / Black people died / When the other man lied.

Just two days after the King verdict, Toronto was dealing with its own racial strife after a 22-year-old Black man, Raymond Lawrence was shot and killed by an undercover Toronto police officer.

His shooting death followed the acquittal earlier that year of two Peel Region police officers charged with second-degree murder in the 1988 shooting death of Black teenager Michael Wade Lawson. They walked from the courtroom free men, acquitted by an all-white jury in Brampton.

The Lawson killing was just the latest in a string of shooting incidents involving GTA-area police and Black civilians in the short space of 15 months. Among the victims were Lester Donaldson, a mentally ill Black man killed as he stood unarmed in his rooming house, and 23-year-old Sophia Cook, who was temporarily paralyzed.

So the Black Action Defence Committee (BADC) and its allies took to the streets, calling for justice for Lawrence and Lawson and King in L.A.

The demonstration started at the U.S. Consulate on University before moving to Yonge and Bloor. There, the protesters staged a 45-minute sit-in as BADC activists Dudley Laws, Akua Benjamin and Ed Clarke decried anti-Black racism and led demonstrators in chants of No justice, no peace!

The march then moved to City Hall. After a series of speeches, the BADC leadership drew the formal demonstration to a close. However, many young people, angry and insistent that the march continue, remained.

As the protesters doubled back up Yonge, the crowd grew in size. Windows were smashed and police pelted with eggs, bottles and stones.

Farrell, co-founder of BADC, recalls the anger of the young demonstrators that day. A youth came up to me and said, Mr. Farrell, this is our time. We have to get back at them for how they hurt us.

By the end of the night, news anchors were reporting that Toronto had lost its innocence. But as a journalist with the Caribbean community newspaper Share put it on CBCs The National, Toronto was never innocent.

Others, including BADC activist and Ryerson professor Benjamin, have called it an uprising against police brutality, anti-Black racism and the indifference to injustice displayed by the political establishment.

At a BADC press conference the next day, when broken glass from the protest still glittered on city sidewalks, Laws summarized events this way: What we saw yesterday was the frustration and anger of the people coming out. We have waited for the justice system to deal justly with our community, and it has failed.

In the wake of the uprising, the NDP government appointed Stephen Lewis to investigate the state of race relations in Ontario. In his seminal report, Lewis employed the concept of anti-Black racism that BADC leaders like Benjamin and other grassroots activists and public intellectuals in the Black community had ad-vanced to capture the experience and resistance of the Black community to racism.

He wrote, What we are dealing with at root, and fundamentally, is anti-Black racism. Just as the soothing balm of multiculturalism cannot mask racism, so racism cannot mask its primary target.

The content of the report, its overall tenor and recommendations, owed much to BADC.

Pushed by BADC on the outside and anti-racism activists inside government, the NDP introduced a number of reforms. It expanded the provincial Anti-Racism Secretariat.

The government also passed legislation requiring school boards to develop and implement anti-racism policies. It increased funding for existing community programs focusing on Black youth, like the now legendary Fresh Arts, and devoted millions of dollars in grants to community groups engaged in anti-racism- programming and education. It also appointed a commission to report on systemic racism within Ontarios criminal justice system.

A quarter-century later, the history of the uprising lives on in conversations in barbershops on Eglinton West and bookstores on Bathurst, Black community newspapers, the teachings of community elders, the poetry of Dionne Brand, the theatre of Andrew Moodie, the lyrics of hip-hop artists like Wendy Motion Brathwaite, the scholarship of Black intellectuals like Rinaldo Walcott and the brilliant and fearless work of young activists of Black Lives Matter Toronto who have taken up the mantle of resistance. The call for justice continues.

The Akua Benjamin Legacy Project presents It Takes A Riot: Race, Rebellion, Reform, directed by Howard Grandison. A screening of the film will be followed by a panel discussion with Benjamin, Black, Farrell, Grandison, Walcott, Desmond Cole and Sandy Hudson moderated by Angela Robertson, on May 4 at 6:30 pm at Ryerson University Library, 350 Victoria, room 72. Free. ASL provided.