Indoor dining, gyms and cinemas will close in Markham, Vaughan and Richmond Hill for 28 days 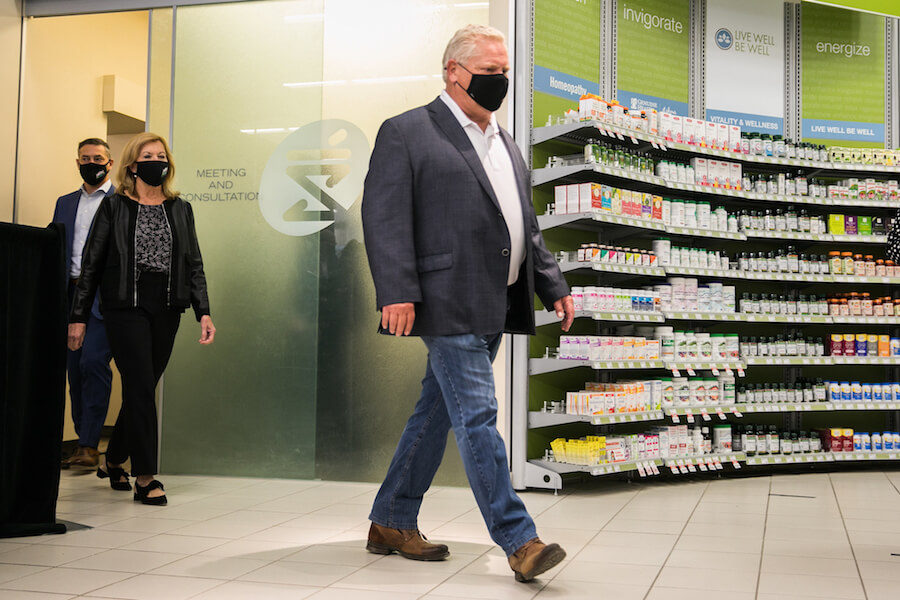 “The trends we’ve seen in York Region are in the wrong direction. Numbers have jumped and we need to do everything we can to avoid a very severe second wave,” Health Minister Christine Elliott said during a press conference in Mississauga on Friday.

At 12:01 am on October 19, indoor dining, gyms and cinemas will close and gathering limits will be lowered as part of “modified” Stage 2 restrictions. The measures will be in effect for 28 days.

Local officials in York reported 62 new infections on Friday and 127 on Thursday.

The rise in new in cases is not the only public health indicator provincial officials based the decision on.

Ford said York’s testing positivity rate is 2.77 per cent, which is above the “high alert” threshold of 2.5 per cent.

Cases per 100,000 people in York are now nearly 39, “well, well above the provincial average and similar to what we’ve seen in our worst hot spots.”

“Most concerning of all, critical care admissions are reaching alarming levels,” the premier added.

A day earlier, Ford said public health indicators in York were concerning, prompting him to meet with cabinet and public health officials on Friday morning.

“York’s teetering right now,” Ford said during his daily briefing at Queen’s Park on Thursday. “They’ve been teetering for a little while.”