NOW MagazineNewsWhy did it take three years to shut down the most hate-filled publication in Canada?

Why did it take three years to shut down the most hate-filled publication in Canada? 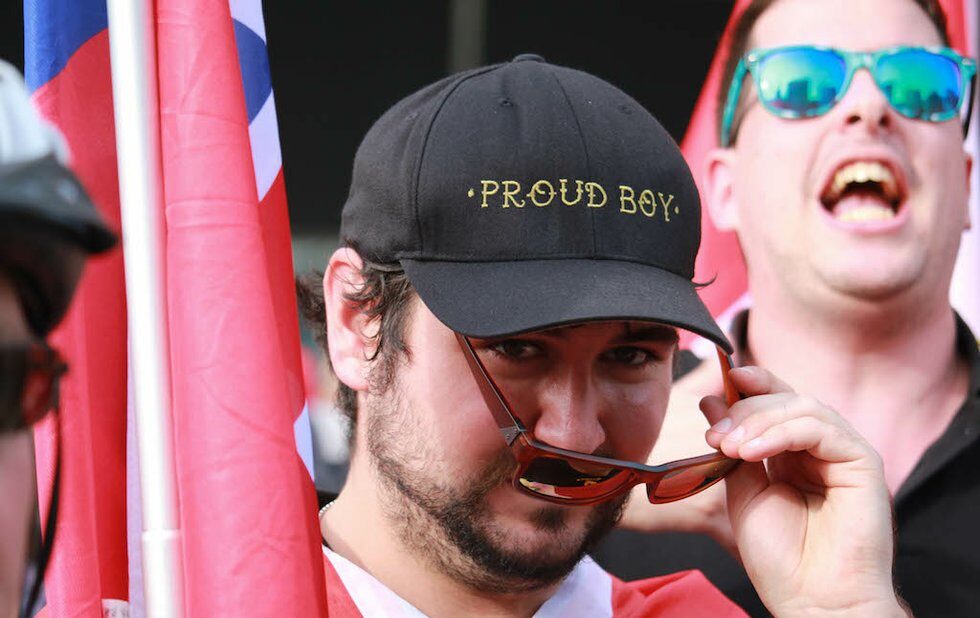 If Canada’s anti-hate laws were written to confront the most contemptible forms of anti-Semitism, rape advocacy, Islamophobia, Holocaust denial, LGBTQ hatred and anti-Black discrimination, then the Beaches-area tabloid Your Ward News (YWN) meets the definition.

On January 24, YWN editor James Sears (aka Dimitri The Lover) and publisher LeRoy St. Germaine were found guilty of promoting hatred, in particular against women and Jews.

Ontario Court Judge Richard Blouin described the evidence against the publication, known for articles advocating rape and blaming immigrant “parasites” for everything from crime, pollution and gridlock to high taxes, as overwhelming, stating in his decision that YWN “repeatedly and consistently… intended to publish hate.”

“Women were represented as immoral, inferior and not human,” Blouin wrote. And “Mr. Sears celebrated sexual and physical violations towards them. Jews were consistently blamed, demonized and maligned.”

So why did it take a ministerial order to halt delivery of the paper and three years of arduous legal manoeuvring to shut down what was quite possibly one of the most vile, hate-filled, misogynistic publications in the history of our country?

There are a few answers to that question.

The first has to do with Toronto police. They no longer have specialized anti-hate units to investigate such crimes so it took some time for investigators to understand and apply the law – although on this file it looked at times like they were stonewalling. Also, Canada’s anti-hate laws require the permission of the provincial Attorney General for charges to be laid, a power that has only been exercised a handful of times since anti-hate laws were first passed in Canada in the late 70s.

Then there’s the repeal of Section 13 of the Canadian Human Rights Act under Stephen Harper in 2013.

The provision, which banned the communication by phone or internet of any material “that is likely to expose a person or persons to hatred or contempt,” was used to shut down a number of websites and telephone hotlines promoting race-based bigotry in Canada.

The first case, brought under the Act against prominent white nationalist John Ross Taylor in the early 80s, resulted in two separate jail terms for Ross after he violated federal court orders to end his recorded “White Power” messages on the phone line of the Western Guard Party he headed.

Provisions of the section were expanded under the federal Liberals to include the banning of hate speech on the internet specifically over fears that the web would be used by the far-right to both stoke hatred and recruit hate-mongers. Lawmakers were right about that.

There were promises made, in particular to the Jewish community, not to touch Section 13 after the election of a minority Stephen Harper Conservative government in 2006. But there would be no need to placate the Jewish community after Harper won a majority in 2011.

An all-out offensive by hard-right elements in the party’s former Reform rump led by the likes of Ezra Levant was put in motion to repeal Section 13.

At the time Levant, a former Reform party staffer, was publisher of the Western Standard and found himself in front of the Alberta Human Rights Commission over the Standard’s re-printing of the infamous Muhammad cartoons first published by the right-wing Danish daily Jyllands-Posten that sparked violent protests in Europe.

Maclean’s magazine was also the subject of a human rights complaint over the publication of hard-right conservative columnist Mark Steyn’s offensive diatribe on Islam.

The cases would both ultimately be dismissed but Harper, who was never a strong supporter of Section 13, had all the gasoline he needed to torch Section 13.

With the aid of Levant, a private member’s bill to repeal Section 13 was put before Parliament by Alberta Conservative MP Brian Storseth.

By then one of the strongest proponents of Section 13, the Canadian Jewish Congress (CJC), had been rolled into the more Harper-friendly Centre for Israel and Jewish Affairs (CIJA).

Harper’s clear support of Levant and Steyn was far greater than anything the proponents of Section 13 could then muster.

In June 2013 the Senate gave final approval of Storseth’s bill – and a valuable tool in fighting hatred was no more, despite the fact that the Supreme Court of Canada would later unanimously affirm the legitimacy of human rights legislation.

The move arguably became the spark for the divisive anti-Muslim hate that continues today, with hate-motivated crime, particularly against Muslims, hitting an all-time high and neo-Nazis, lone wolves and the hard-right using the internet to recruit new members and propagate their hate. To be sure, social media has now become the preferred tool of white supremacists.

Quebec City mosque shooter Alexandre Bissonnette, who was sentenced last week to life imprisonment for the murder of six Muslim worshippers, acted purely out of hatred stoked by ideas promoted by racist and white supremacist websites.

Some in Ottawa are openly talking about, if not a return of Section 13, at the very least a re-written version for the 21st century. The federal department of justice has let it be known that option is “currently under review.”

CIJA and other groups are now back on the bandwagon. Section 13 should be welcomed back. Part of the machinery of our cherished right to free speech is striking a balance against those who would divide us by hate.