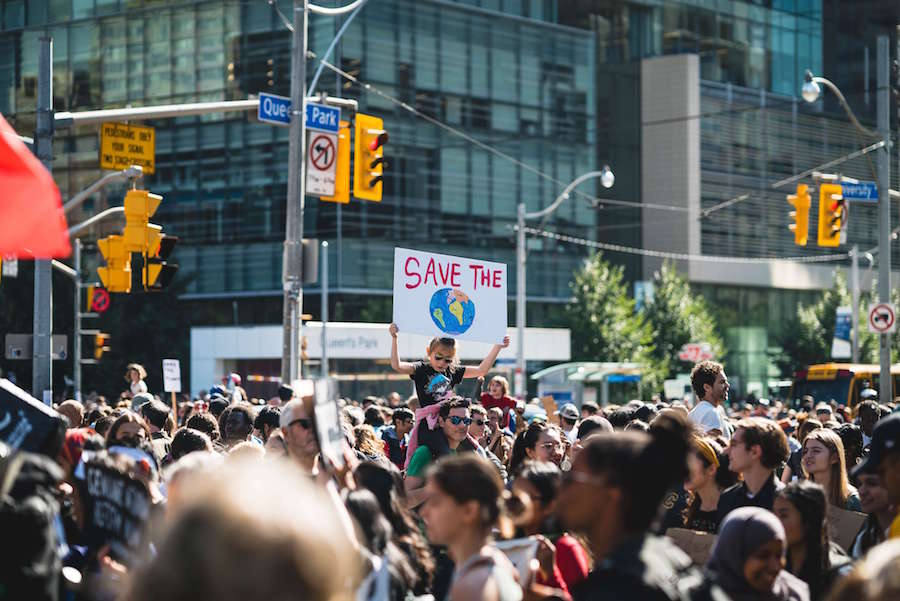 Young climate strikers filled the streets of Toronto in September 2019.

The global pandemic has created a unique and challenging back-to-school season. Many parents, guardians and teachers are struggling to balance children’s safety with education, all while keeping their households running smoothly.

It’s like nothing we’ve seen before. Many adults are rightfully focused on making sure the school year proceeds in a way that serves children and their families and keeps everyone safe.

While these short-term worries must be paramount, we can’t lose sight of the long-term challenges confronting us, many of which will get worse if we don’t seize this once-in-a-generation opportunity to build back better.

As young people begin the school year, they’re again the ones drawing attention to the pressing need to address the climate emergency. Once more, they’re asking grownups to pay attention and support their call for strong, effective climate action.

September marks a busy month for most young people, but especially those involved in the climate movement.

Youth groups throughout Canada are participating in the September 25 global #FridaysForFuture in-person and virtual climate strikes (Canada has more than 35 Fridays for Future groups). This year’s demonstrations come two days before the one-year anniversary of last year’s epic global climate strike, when several million young people around the world took to the streets. Then as now, they were calling on governments to increase climate ambition in line with what scientists say is needed to curb emissions by half by 2030, and fully by 2050, and keep global heating to safe levels. More than a million youth marched in Canada alone – the largest act of civil disobedience in our history.

On September 30 and October 1, the 15 La Rose youth climate plaintiffs head to Federal Court for a two-day hearing. These young people, ages seven to 19 and from seven provinces and a territory, are suing the federal government for violating their charter rights by knowingly contributing to dangerous climate change through ongoing proliferation and promotion of fossil fuels.

In May, the federal government announced its intentions to have the case thrown out, but I and thousands of other people in Canada believe it should go to trial.

The youth litigants also have the backing of elders. This month, a group of parents and grandparents called Pour Nos Enfants/For Our Kids announced intentions to intervene and support the lawsuit. It’s heartening to see elders show their solidarity. The more we think and speak as one, the more we’ll take responsibility and learn to live sustainably on this planet, respecting our interdependence with nature.

Because most of these passionate young people are too young to vote, they see the courts as one of the few avenues to be heard by politicians and the public. That’s not to say they’re avoiding the political system altogether, though.

Youth groups worked to influence the September 23 throne speech. Expecting it to focus largely on the government’s COVID-19 recovery efforts, these young people made it clear they don’t want to go back to the way things were. That wasn’t working. They’re urging government to invest in a green and just recovery that will create better jobs and help fix our broken economy, while also helping solve the dire environmental challenges we face.

It’s been more than two years since Greta Thunberg’s solitary first school strike for climate in front of the Swedish Parliament. Her commitment helped shine light on a burgeoning global youth climate movement that reached new heights a year ago this month. It will make headlines again just as governments are grappling with how best to emerge from a global pandemic.

Our political representatives have a key decision to make: Continue to pay lip service to our children as they act as our moral compass – speaking truth to our falsehoods and calling for urgent solutions to problems we’re failing to adequately address – or seize this unprecedented, once-in-a-lifetime opportunity to allocate massive sums of financial and human resources and achieve the green and just recovery from COVID-19 we so desperately need. We who are old enough to vote must pledge to support only candidates and parties that promise to make climate their highest priority.

This September, it’s back to school and back to climate. Students are returning to learn, but they also have a lot to teach. We should listen.