The dream police they live inside of my head. Or maybe it's the Harper police.I had a dream last night. 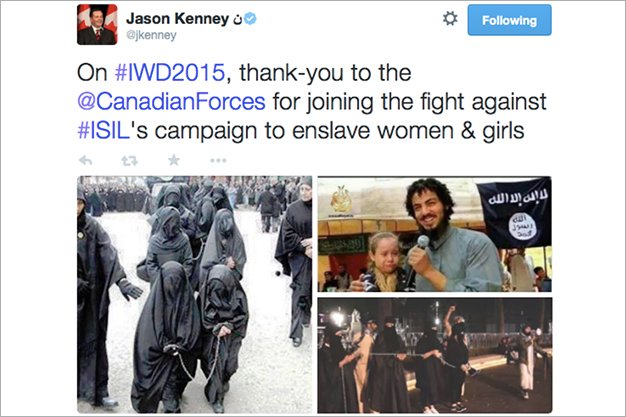 The dream police they live inside of my head. Or maybe it’s the Harper police.

I had a dream last night after Liberal leader Justin Trudeau’s livestream to the nation on the subject of liberty. It was like a scene out of the Planet of the Apes, me surrounded by the Prime Minister’s babbling gorillas taunting the Liberal leader with every word he spoke. I awoke in a cold sweat.

It was probably the Twitter backlash to Trudeau’s speech that caused it. The predictable onslaught follows on social media among Conservatives every time anyone takes off the gloves with their beloved PM. There were a few moments like that last night, with the Grit leader saying the PM’s anti-terror rhetoric is fomenting hatred against Muslims of the kind more familiar in history when brown shirts were laying waste in Europe, and Canada was battling its own demons of intolerance.

Trudeau invoked the “none is too many” line used as the title of Irving Abella’s and Harold Troper’s book on Canada’s policy to turn back Jewish refugees escaping Nazi Germany during the 1930s in a comparison of the current government’s policies toward Muslims.

Trudeau didn’t mince words. He called out the PM for blurring the line between politics and prejudice. And of course there is ample evidence, too much to go into here, to support that conclusion.

The PM’s own defense minister, Jason Kenney, who also doubles as minister of multiculturalism, just so happened to prove the point again on International Women’s Day for the nth time when he tweeted out a series of misleading photos one of Muslim women in chains presumably under the grip of ISIS and another of a supposed seven-year-old child bride of an ISIS fighter. It turns out the photos were neither. Just another false alarm to stoke the fear fire. But I digress.

The response to Trudeau’s sharp criticism of the Harper government, however, came fast and furious on social media. The foot soldiers in HarperCons’ ideological war to remake Canada were predictably quick to resort to the Jews versus Muslims race baiting in a not-so-veiled attempt to cast Trudeau’s remarks as an affront to Jews escaping the Holocaust. None of the news outlets covering Trudeau’s speech saw it that way because, well, that’s not what he was saying exactly. It probably escaped the critics that Trudeau was speaking to the McGill Institute for the Study of Canada established by the Bronfman family.

But then Harper’s minions can’t exactly be accused of having a firm grip on reality. All they want to do is win by any means necessary. See terror hysteria, which has warped their sense of reality, maybe our sense of ourselves. And, you know, that notion of what it means to be Canadian. These days, we seem to be viewing the world through our own different prisms moreso than ever before. It’s a bit of a fucking nightmare, actually.