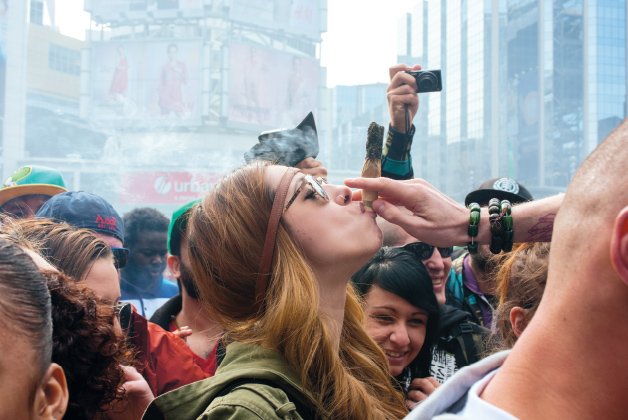 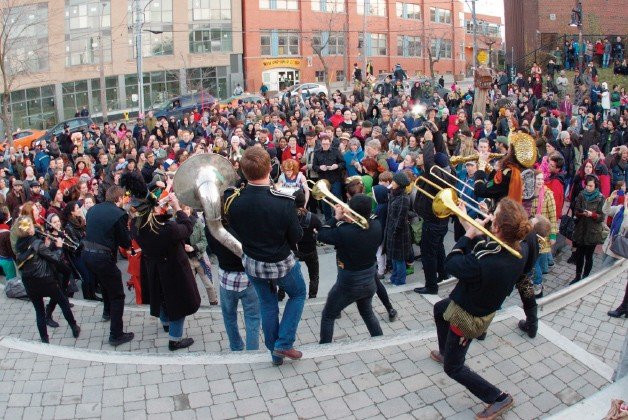 When Friday, April 18, 7 pm, at Dufferin and Queen

Why To tell winter to folk off 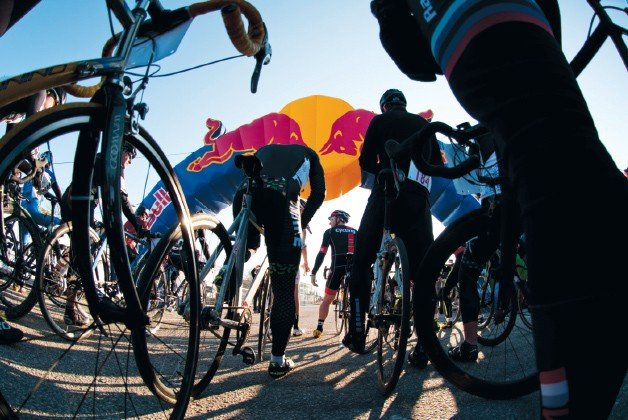 Street-hardened messengers and weekend warriors put their bike-riding skills to the test at Race The Place at Ontario Place on Saturday, April 19. Some 200 cyclists took part in the event inspired by “alley cat” urban bike racing born on the streets of Toronto. 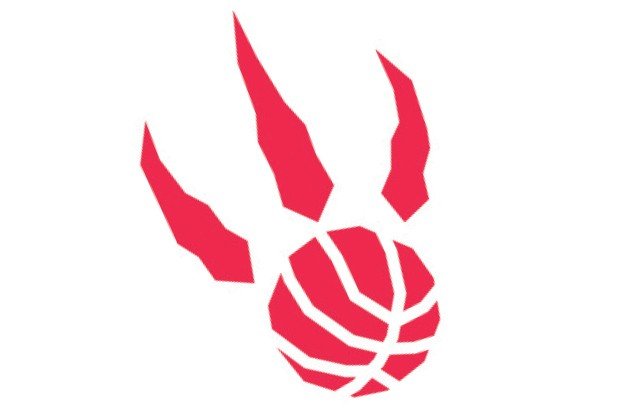 6 Number of crazy things that happened at the Raptors’ first playoff game in six years on Saturday – including the emphatic “Fuck Brooklyn!” dropped by team GM Masai Ujiri in front of 10,000 fans in Maple Leaf Square before the game.

Priceless The symbolic worth of the F-bomb: it helped exorcise a city’s inferiority complex.