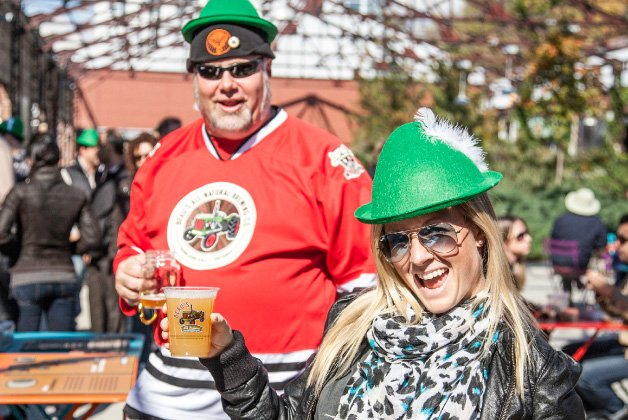 Hundreds gathered in Nathan Phillips Square on Saturday, May 10 for the National Day Of Action for “a just, fair and clean energy future.” Protesters later marched to Queen’s Park. See photo essay. 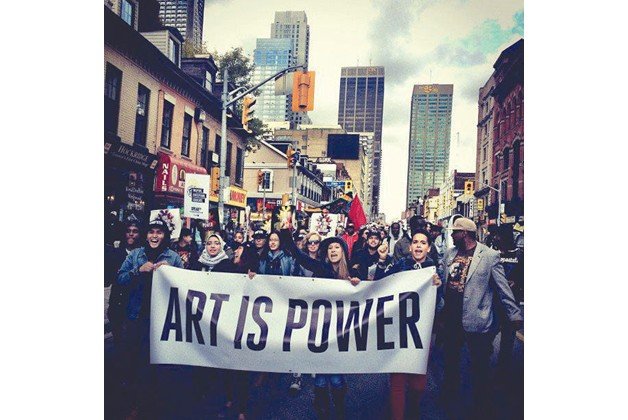 “There is a Queen Street that has remained constant through the years – untouched and unimpressed with the growing pockets of art nouveau and bare brick walls.”

Editor and publisher Michael Hollett writing in NOW in 1981 about the Queen East stretch that includes the Broadview Hotel and Jilly’s strip club. Streetcar Developments announced on Tuesday, May 13 that it has purchased the property. CEO Les Mallins is promising no condos and to create “a destination that’s public for the whole community to enjoy.”

WHAT Toronto Pig Save rally

WHEN Monday, May 12, in front of Queen’s Park

WHY To demand an end to meat and dairy subsidies. Pig Save spokesperson Sylvia Fraser says overcrowding at now bankrupt pig slaughterhouse Quality Meat Packers contributed to the porcine epidemic diarrhea virus (PED) the company is blaming for wiping out its stock.