NOW MagazineMusicFeaturesWhen it comes to gender parity, Next Music From Tokyo puts others to shame

When it comes to gender parity, Next Music From Tokyo puts others to shame

How did Japan become an incubator for women to make loud rock music? 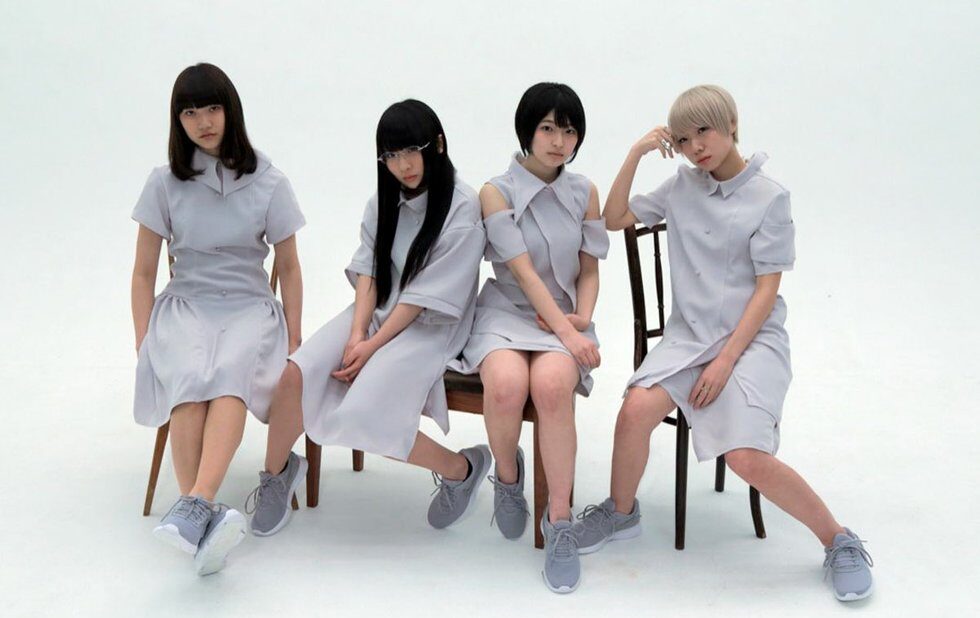 In Japan, manufactured bubblegum J-pop rules the mainstream. But the underground music scene – which fills some 500 venues in Tokyo every night – bustles with indie rock, post-punk, avant-garde and math rock bands. And behind so many of them are ambitious, creative, totally badass women.

For decades now, Japanese women have been in the vanguard of the country’s alternative music community. From Shonen Knife (the pop-punk band hand-picked by Kurt Cobain to open for Nirvana on their UK tour) and Aiha Higurashi-led Seagull Screaming Kiss Her Kiss Her (who were publicly lauded by Courtney Love) to rockabilly the 5.6.7.8’s (who made an appearance in Kill Bill: Vol. 1) and noise rock band Melt-Banana, there’s no doubt that female-identifying rockers have and continue to reign supreme.

This diversity and talent is epitomized at Next Music From Tokyo, the concert series organized and financed by Toronto-based anesthesiologist Steven Tanaka. Every year, Tanaka flies indie bands from Japan to play Toronto, Montreal and Vancouver. Since the annual event was first established in 2010, nearly half of all the participating musicians have been women.

For this ninth edition, three of the five bands playing – the idol underground group Maison Book Girl, shoegazey trio Hitsuji Bungaku, and Toranoko Rammy, a hard-hitting four-piece with a penchant for stinging guitar solos – are made up entirely of women.

These stats put other North American festivals to shame.

So how did Japan – a country that in some ways rigidly adheres to traditional gender roles – become an incubator for women to make loud rock music?

Jamie Tennant, who’s hosted the Japanese indie music radio show Octopus Army on McMaster University’s CFMU for over 15 years, says he thinks it might be because Japanese women have always had a prominent role in traditional music.

“Japanese women didn’t play the taiko drums, but they did play the shamisen [three-stringed lute] and the shakuhachi [bamboo flute],” he says.

Meanwhile Ian Martin, a British expat who works in Tokyo as a music journalist and runs the indie label Call and Response, thinks it’s related to the civil nature of Japanese society.

“The indie rock scene is not aggressive in Tokyo. It’s not an intimidating place for somebody to get into,” says Martin. “People can go to a show and not feel harassed. It might have something to do with the Japanese society being politer.”

But Martin notes that music-industry sexism still exists. “I was showing a guy the album jacket of a CD I’m releasing, and he said, ‘Oh, it’s a girls band.’ That phrase is kind of common currency here, and it tells you something about the level of inequality. Because nobody would look at an all-male rock band and call it a ‘boys band.’ That phrase suggests that male is still considered normal and everything that deviates from that is worthy of mention.”

Women musicians in the scene know this all too well. Chifumi Fujisawa, the former guitarist and drummer in Japanese rock band P-Heavy, believes that gender stereotypes are more restrictive in Japan than in Canada or the United States.

“Maybe it seems like there are more women in rock in Japan, but that doesn’t mean the scene here isn’t male-dominated,” she says. “Women still have to struggle to be treated [seriously] as musicians onstage, offstage, everywhere.”

She’s creating a positive community by putting on shows in Matsumoto, a city in Nagano Prefecture. “I started organizing shows after P-Heavy stopped playing because I learned so much about how to treat and support musicians from my own experiences being in a band.”

In Tokyo, Ayumi Tsubouchi has founded Chicks Riot!, a DIY festival featuring all female-fronted bands that also hosts music workshops for young girls. She was inspired by attending Ladyfest in Olympia, Washington, in 2000. “The festival was run by real riot grrrls like Tobi Vail of Bikini Kill and Allison Wolfe of Bratmobile. I was so impressed by it,” says Tsubouchi.

Japan might not be as progressive as the lineup for the NMFT festival makes it appear, but the concert series is still making a positive statement here in Toronto about Japanese music.

And back in Tokyo, women like Fujisawa and Tsubouchi are strengthening the scene for themselves and future generations of female-identifying rockers.