...till her boyfriend showed up 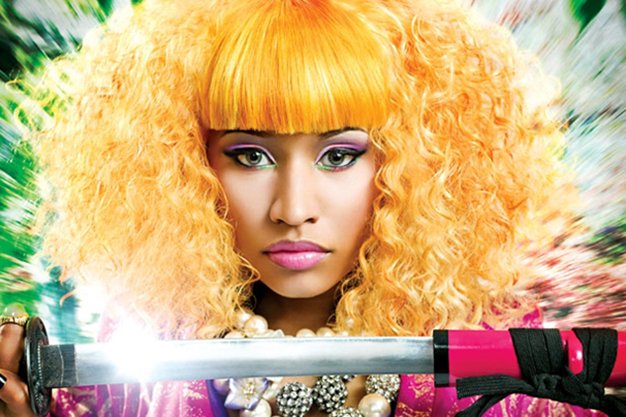 At first, Nicki Minaj’s long-overdue debut headlining show in Toronto seemed like the feel-good event of the year. Her last major appearances were as Britney Spears’s opener in 2011 and as one of Drake’s surprise OVO Fest guests in 2012, so the vibe among the gathered faithful for her first “proper” post-superstardom gig was understandably giddy.

She appeared in a black veil atop a raised platform and launched into a trio of break-up songs from last year’s The Pinkprint album. She fluttered her massive lashes, clutched her chest as if gasping and dramatically descended a staircase. It was a cartoonishly funereal opener and a reminder that the line between comedy and drama with Nicki Minaj is as elastic as her rhymes and flows.

Next came the club hits – Did It On ’Em, Beez In The Trap, ***Flawless, Dance (A$$), Anaconda – and choreography, performed in a mane of gold fringe and amidst a tangle of backup dancers clad in black sheer. The crowd was going wild…. and then her boyfriend showed up.

Meek Mill was, mysteriously, a no-show for his scheduled opening set, so his sudden appearance in the main set came as an unexplained interruption. Minaj disappeared while Mill did his aggro, arms-in-the-air street anthems, ending with Yo Gotti’s Fuck You – an obvious jab at our resident hip-hop superstar Drake, whom he is currently beefing with in the media. The audience wasn’t having it and, as the words “fuck you” flashed across the giant screen, they booed him off the stage.

In addition to spoiling the momentum with pointless and self-serving negativity, Meek’s appearance, ironically, came shortly after an aside in which Minaj urged the women in the crowd never to depend on men. “Really, I only need a man for one thing, and sometimes I can live without that, too.” Judging from the audience’s reaction to his mini-set, her Toronto fans can also live without him.

Anyway, Fuck You made for an awkward segue into Super Bass and a string of Minaj’s pop-radio hits. She invited a pair of fans onstage and then cycled through deeper cuts – Monster, Itty Bitty Piggy, Roman’s Revenge – rapping a cappella and testing our memorization skills. The show was back on track… and then Meek Mill came out for their duets, Bad For You and All Eyes On You. They also made out a bit.

The Pinkprint Tour demonstrated that not only is Nicki Minaj one of hip-hop’s best and most inventive MCs but that she has more than enough hits and charisma to carry a show on her own. Let’s hope she gets to do that next time she comes to town.