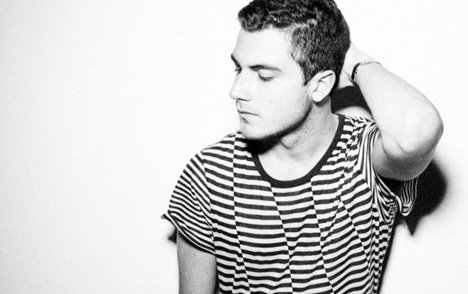 When fans of Nicolas Jaar try to explain why they love the electronic producer/DJ so much, they often mention his unpredictable and unorthodox behaviour, like the possibility he might decide to spin some classical music instead of techno. But while he’s known for trying things that would clear most dance floors, he’s equally notorious for managing to pull off these kinds of maneuvers, which is a big part of why people were lined up for hours outside Coda hoping for a ticket to his Friday night DJ set.

Immediately after taking control of the sound system around 1 am, Jaar made it clear that he was not going to be giving the club a standard pumping of tech house. Instead, he opened his set by playing ambient drum’ n’ bass, and then somehow gracefully transitioned into drastically reconfigured classic disco. Repeatedly throughout the night he would briefly mix in a sample of protesters chanting “the whole world is watching,” which subtly shifted the mood and context for both his more soulful tendencies and his experimental tangents. Good DJs have an ability to challenge audiences and also bring them on board, and that’s exactly what Jaar excels at.