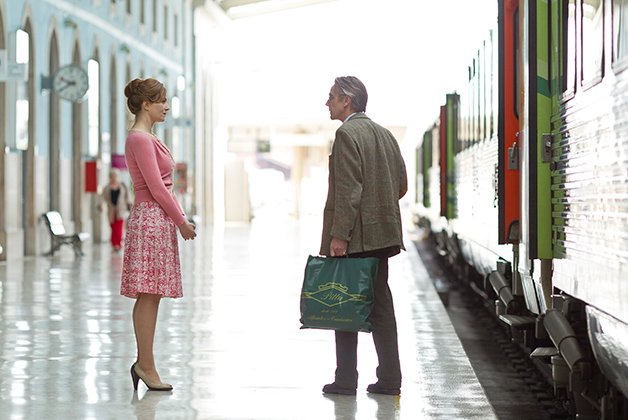 After stopping a young woman from jumping off a bridge, a Swiss professor (Jeremy Irons) finds himself taking her seat on the eponymous train to Portugal.

Once there, he winds up investigating a decades-old love triangle between a writer (Jack Huston), a militant (August Diehl) and a remarkable young woman (Mélanie Laurent), all of whom were in the same resistance cell during the Portuguese military junta of 1974 to 76.

Neither plot thread is all that compelling, and the actors seem to know it. Bille August has never been particularly confident working in English, and it feels like he’s barely paying attention to what’s happening in front of him.

Irons is a great listener, and he has a few nice scenes with Martina Gedeck (The Lives Of Others) as an optometrist with whom he becomes friendly, but that’s hardly a reason to endure the rest of it.