Nine Lives is a glorified series of YouTube videos

Kevin Spacey as a cat gets predictable laughs, but Christopher Walken and Jennifer Garner are purr-fectly watchable 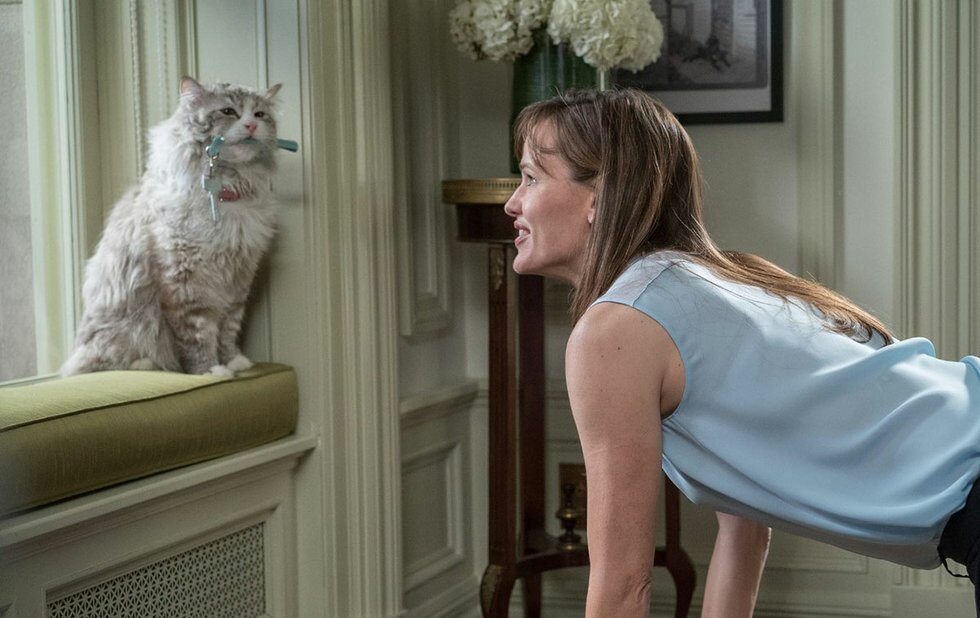 You had to know the internet’s obsession with cats would lead to this: Funny Cats Compilation LOL The Movie.

That was the clear marketing angle for Nine Lives, a movie with five credited writers trying to build a story around YouTube videos and ending up with something along the lines of The Shaggy Dog – that thing where Tim Allen woofs.

Here, Kevin Spacey plays Tom Brand, an egotistical business tycoon whose obsession with having the tallest tower in the northern hemisphere trumps his interest in his own family. But then he turns into a cat.

Yes, there are some supernatural steps in between involving a kooky cat-whisperer played by Christopher Walken (a pleasure to see, even in this), but who cares about all that plotting? Certainly not my six-year-old, who was howling every time that cat took a slip or a piss.

The movie is bad in all the predictable ways. That’s probably why its strengths stand out. I’m talking about Robbie Amell and Jennifer Garner as the neglected family members. Sure, they’re just collecting paycheques, but they’re also putting in the work, attempting to give their characters some emotional heft in a cockamamie story and refusing to be upstaged by a CGI furball.