Fans of Toronto web series Nirvanna the Band the Show: Matt Johnson and Jay McCarrol are back, and this time. 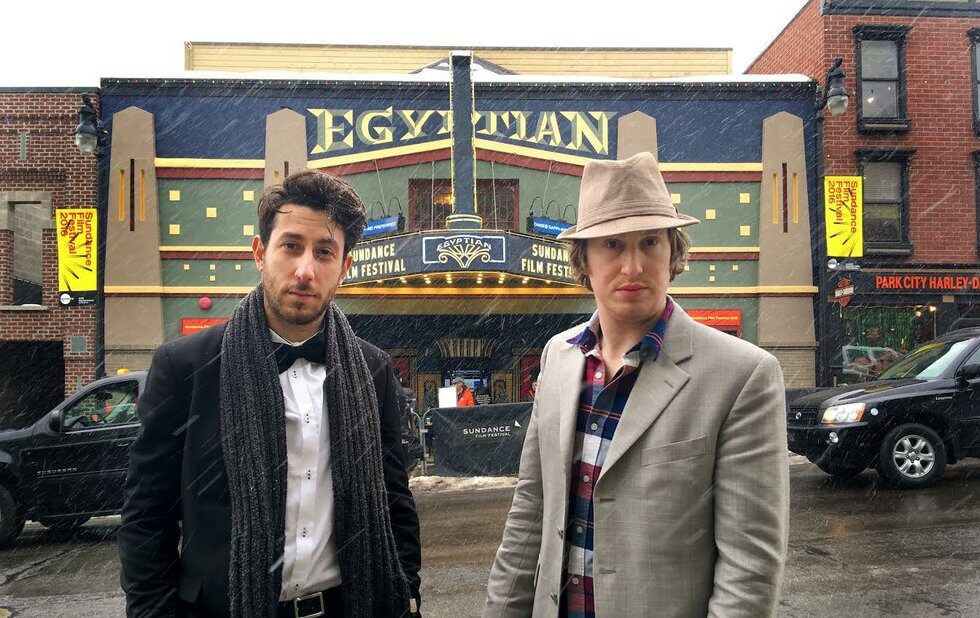 Fans of Toronto web series Nirvanna the Band the Show: Matt Johnson and Jay McCarrol are back, and this time theyll be on proper television. Vice selected the show to be its first scripted series for its Viceland channel, and will broadcast an entirely new version of the comedy this fall.

[See our cover story on the duo here]

If youre not familiar, the series follows two hapless BFFs in a band called Nirvanna (theyve added the second n so they can legally get away with more) who are desperate to get a show at the Rivoli. Matt and Jay go to great lengths, trying absolutely anything to get the attention of the Queen West venue except the most obvious thing, which would be to write and rehearse some songs.

Theres a chance you’ve seen them filming around the city or that you’ll even appear in an episode. McCarrol and Johnson play their characters against the backdrop of Toronto, alongside normal people who either don’t know that they’re being filmed or don’t know why. Its partly scripted but largely dependent on how unsuspecting people going about their days react to their often idiotic ploys to book a gig. Since September, theyve shot episodes at the Mandarin, a Star Wars screening, the NOW Magazine office, the marijuana march and the Santa Claus Parade.

In this episode of the show we sneak a float into the Santa Claus Parade and we have this huge conversation with the police, Johnson says. They wouldnt let us in and I was like, Oh man, this cop doesnt know hes giving us all this gold and hes going to be on TV. But its also what I love about this city and the country at large. Everyone wants to help. The cops want to help us get into the parade. If we were in New York, a riot squad would show up. They would pick us up and move us out of the way.

Since the web series ended in 2009, McCarrol has been writing songs for ads, film and TV and touring with musicians like Hayden. Johnson has written, directed and acted in two films: this years Operation Avalanche, similarly and surreptitiously shot at NASA without permission, and The Dirties, a stirring movie about two film buffs planning a high school shooting.

He says programmers at Vice were impressed by that film and reached out to him to see if he was interested in producing a show for their new channel. Even though theyd both moved on to new projects, Johnson says it was a no-brainer to bring back Nirvanna the Band.

It was, ‘How can Jay and I work together like this again?’ Because that to me was like the most creatively fruitful time in my whole life, when he and i were doing this together,” he says. “Were so close were basically brothers, and it had been so long since we had been able to work together. It wasnt even a question.”

It kind of goes back to how it started, McCarrol says. The show itself, the parameters were built around a sort of relationship, a comedic dynamic that Matt and I have been playing around with since we were kids. It was the most natural thing we could do together.

But even though much of the plot and dynamic remains from the original series, the trailer (which wasn’t yet finalized in time for this) reveals that it’s wider in scope and has higher production value. Expect a trip to Sundance Film Festival (where Johnson premiered Operation Avalanche) and celebrity cameos from people like Kevin Smith and Strombo.

The date hasnt been finalized yet, but Vice says Episode 1 will broadcast in mid-September.

Dont miss: Why Toronto director Matt Johnson is bringing Operation Avalanche to Sundance instead of TIFF.