Saying yes to No 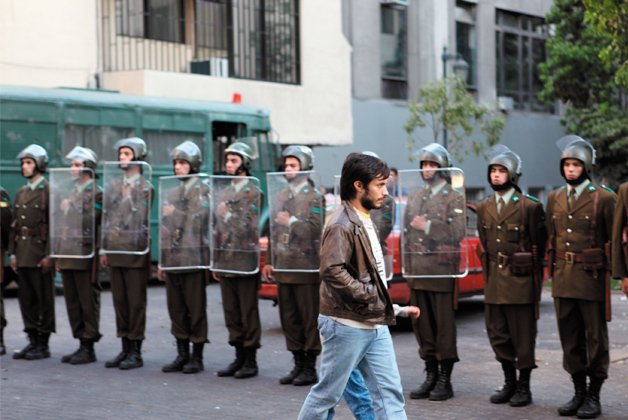 Chilean director Pablo Larraín concludes his Pinochet trilogy – begun with 2008’s Tony Manero and continued in 2010’s Post Mortem – with his most audacious film to date, a comedy of manners centred on an advertising whiz (Gael García Bernal) hired to package and market the campaign to defeat the dictator’s 1988 attempt to legitimize his 15-year reign through a public referendum.

Shooting in butt-ugly analog video, the better to integrate footage from the era, Larraín finds sly humour in the push-pull between dogmatic revolutionaries and Bernal’s more mercenary character, who’s trying to sell a product (freedom! democracy!) rather than scold voters about issues they’ve long been required to put out of mind.

But the movie also captures the tension of a terrorized society just starting to allow itself to imagine an end to a decade and a half of oppression – and the anxiety that even the tiniest steps toward that end could be undone in an instant.