NOW MagazineNewsNo more Your Ward News in the mail

No more Your Ward News in the mail

It's a shame, though, that it took a ministerial order to do what Canada Post and Toronto police refused 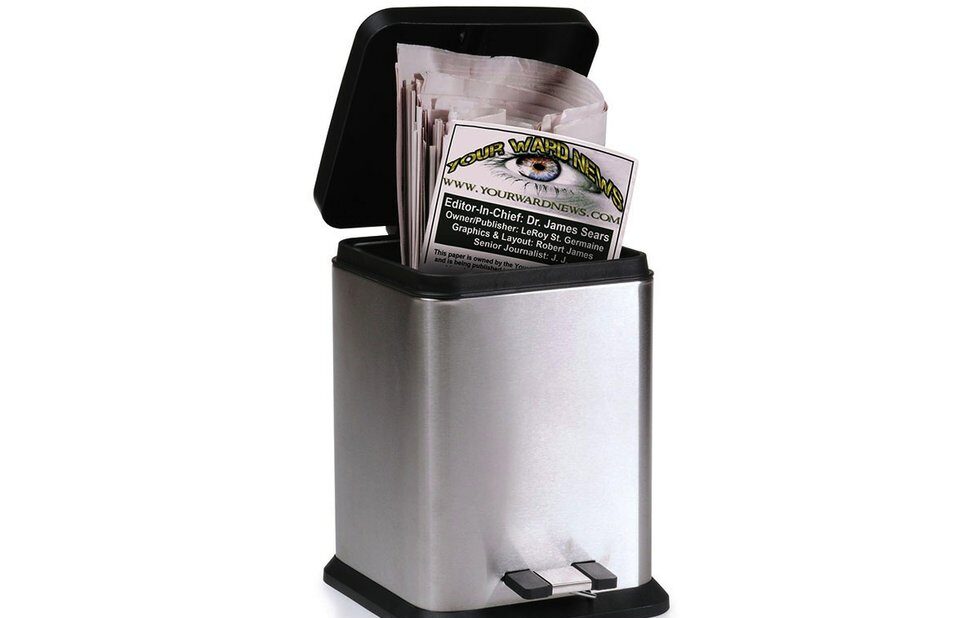 Minister of Public Services Judy Foote has issued an order forbidding Canada Post to deliver Your Ward News, a monthly tabloid newspaper distributed, the paper claims, to as many as 300,000 homes in Toronto.

It took a formal complaint filed with the Canadian Human Rights Commission in Ottawa by lawyer Richard Warman on behalf of a group of concerned citizens and organizations to convince the minister to take action.

The complaint outlines in detail the “misogynist, homophobic, anti-Muslim and anti-Jewish” content of Your Ward News. Warman made the point that the newspaper’s content could also be a violation of Canada Post’s own rules regarding non-mailable matter – and also a case of discriminatory harassment because the letter carriers were being forced to deliver this material unwrapped.

It’s the right decision. It’s a shame, though, that it took a ministerial order to do what Canada Post and the Toronto Police Service declined to do more than a year ago.

In June 2015, while working for the Centre for Israel and Jewish Affairs (CIJA), I did an analysis of a single issue of the tabloid and found a dozen examples of anti-Semitism in its 14 pages.

I called Canada Post and spoke for an hour with a very sympathetic lawyer. He agreed that the content of the newspaper was obviously anti-Semitic. He even agreed that Canada Post had the ability to suspend delivery. But would it? No. The Crown corporation was happy to follow an order but would not lead.

The Toronto police were not in this case any more helpful.

Without repeating here the vicious statements I found in the May 2015 issue, I provided examples to the police that supported CIJA’s allegation that Your Ward News “engages in crude caricature and false statements to present Jews as a group as being malicious, dishonest and racist. Jews are blamed for acts of terrorism and for acts of genocide (slavery, communism and even the Armenian genocide).” We alleged a violation under the hate propaganda section of the Criminal Code (section 319.2, wilful promotion of hatred) and asked the police to investigate pursuant to the laying of charges.

Let’s be clear that the Criminal Code provisions were not created to assuage hurt feelings or deal with comments that simply cause offence. In 1990 the Supreme Court of Canada, in Canada (Human Rights Commission) v John Ross Taylor and the Western Guard Party, ruled that hate propaganda is an expression that is “intended or likely to circulate extreme feelings of opprobrium and enmity against a racial or religious group.” It’s a point that is sometimes overlooked in discussions on this topic that freedom of speech is not an absolute. Even in the United States, where a greater degree of permissibility is granted to extreme utterances, certain types of speech do not have the protection of the First Amendment.

The constitutionality of that section of the Criminal Code was upheld in R v James Keegstra, also in 1990, in which the Court note that “hate propaganda contributes little to the aspirations of Canadians or Canada, the quest for truth, the promotion of individual self-development or the protection and fostering of a vibrant democracy.”

From my point of view, the sheer volume and focus of the content in Your Ward News satisfied the test for the laying of charges. The police, however, were of a different mind. They did not recommend the laying of charges, so it seemed the matter would end there until the minister issued her order on June 6 and distribution of the tabloid halted.

This is a big deal. Such orders are not a common occurrence. I cannot recall a similar order being issued since 1981, when Holocaust denier Ernst Zundel’s mailing privileges were suspended for the distribution of hate propaganda.

Some will disagree with the minister’s order and will argue that the limitation on Your Ward News has the potential to do more damage to our fundamental freedoms than the tabloid itself could ever hope to do. They may feel, paraphrasing the late Alan Borovoy, that the paper should have been left to wallow in the obscurity it so richly deserves.

But being delivered to more than 300,000 homes monthly made the tabloid anything but obscure. It won’t be missed.