No unity in Trinity

Federal by-election splits downtown progressives. It could get ugly. 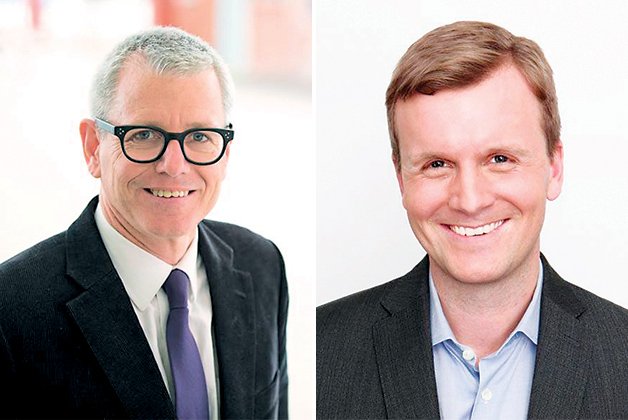 In one of his final acts as a city councillor, Adam Vaughan gathered reporters around a desk in committee room 1 at City Hall on Tuesday, May 13, and drew a cartoon of Rob Ford.

It was a fitting finale for the councillor who has spent the past four years relentlessly (and often gleefully) caricaturing the mayor.

Vaughan always has a sound bite about our “part-time mayor” at the ready. Memorably, in May 2013 he compared the Ford administration to something out of a Simpsons episode, except “Mayor Quimby actually has more integrity.”

The councillor’s brash style and persistent criticism of Ford led many to see him as the de facto spokesperson for council’s left. That illusion was shattered when he announced he would run for the federal Liberals in the June 30 Trinity-Spadina by-election to replace former MP Olivia Chow, a move that has polarized downtown progressives.

In one corner is Vaughan, whose hands-on constituency work has made him immensely popular with Trinity-Spadina voters, securing him a whopping 75 per cent of the vote in the last municipal election. In the other is young New Democrat organizer Joe Cressy, who’s been described as a member of Chow and late party leader Jack Layton’s extended family.

Early signs are that the race may not be tight an April 22 Forum poll put Vaughan 20 points ahead, but it’s already getting tense as Vaughan’s former council allies are forced to reveal their loyalties.

For some the choice is easier than for others. Councillor Mike Layton, Chow’s stepson, is supporting Cressy. He fought side-by-side with Vaughan on campaigns to stop the downtown casino and Island airport expansion, and considers him a personal friend. But Layton is even closer to Cressy (they were best man at each other’s weddings) and says his endorsement of the NDP candidate was never in question.

“When you look at what’s been going on in Ottawa, it’s been the NDP that’s been standing up for cities,” Layton says, suggesting that Vaughan’s candidacy is mere window dressing for an ineffectual Liberal party. “Why would we give them another shot just because they got a new haircut?” he asks.

Cressy, who until declaring his candidacy held a senior post at the Stephen Lewis Foundation, has also secured the endorsement of prominent left-leaning councillors Joe Mihevc, Paula Fletcher, and Janet Davis.

Other councillors appear conflicted, however. Gord Perks is officially supporting Cressy, but he’s not exactly shouting it from the rooftops.

Vaughan and Perks have been virtually inseparable this term and are close friends outside work, sparking jokes about a City Hall “bromance.” Asked for an interview for this story, Perks said he’d have to think about it. He eventually declined to speak on the record about the by-election.

Meanwhile, Kristyn Wong-Tam, the Toronto Centre-Rosedale representative who has championed progressive causes throughout her rookie term, is backing Vaughan. She says he’s done an excellent job managing development in his booming downtown ward.

Although Wong-Tam recently endorsed NDP candidate Rosario Marchese in the upcoming provincial election, she says she doesn’t “feel any division of loyalty whatsoever” when it comes to the federal contest in Trinity-Spadina.

Vaughan also has the backing of Shelley Carroll, the only other councillor who can rival Vaughan’s vocal criticism of the Ford administration. Carroll’s outspokenness has led some to cast her as a left-wing extremist, but in fact she’s a lifelong member of the Liberal party. She says the idea that Vaughan is a left-wing ideologue is a similar misconception.

The schism dividing left-leaning councillors is also evident among residents. Rory “Gus” Sinclair, acting chair of the Harbord Village Residents’ Association, is a member of the NDP but has been impressed by Vaughan’s constituency work. He says the councillor has actively consulted the community on controversial development proposals (most recently a proposal to put a dome over Central Tech’s sports field) and has led the push for social housing.

Cressy himself takes no issue with Vaughan’s track record. But he says Vaughan’s work on social housing, transit and environmental causes doesn’t jibe with the Grits’ history.

“I live in Ward 20. I’ve known Adam my entire life. I think he’s done good work on the issues, but his party has a terrible, terrible track record on those very same issues,” he says.

According to Cressy, when he goes out canvassing even people who support Vaughan ask, “Why is he running for the Liberals?”

Cressy accuses the Liberals of cutting millions from housing programs and cancelling the national housing strategy during the 1990s, and criticizes Justin Trudeau for not showing up for a 2012 vote on a national transit plan put forward by Chow. He also slams the Liberals’ support for the Keystone XL pipeline as being at odds with Vaughan’s professed environmental values.

Cressy’s best hope to counter Vaughan’s popularity is by positioning himself as the logical successor to Chow, who won three successive elections in the riding. “The first thing I hear from almost everybody is ‘How can we build on Olivia’s legacy?'” he says.

For his part, Vaughan says he has one reason to go to Ottawa: to get federal support for municipal housing.

He prides himself on the work he’s done on the file, including kick-starting the redevelopment of two Toronto Community Housing projects in his ward, using Section 37 funds to create a repair fund for TCH properties and negotiating with condo developers to ensure that 10 per cent of all units built are three-bedroom family homes.

When Trudeau adviser Gerald Butts reached out to him through a colleague, Vaughan says he sought assurances that he could continue his housing work on a national level.

“I was being offered an opportunity to deliver a national housing strategy, which I’ve been talking about for 25 years, so I took the chance,” he says, conceding that he may have to wait until the Liberals can improve on their third-party status to actually make progress on that front.

He acknowledges that “some people are in awkward spots” as a result of his candidacy, but promises that if he wins the election he will work with politicians of all stripes. That may be so, but on Tuesday he couldn’t resist taking a parting shot at Ford, who’s currently on a leave of absence dealing with a highly publicized drinking problem.

“He was the worst mayor this city’s ever had,” says Vaughan. “The only good thing about today is that as I leave he’s not around to talk about it.”