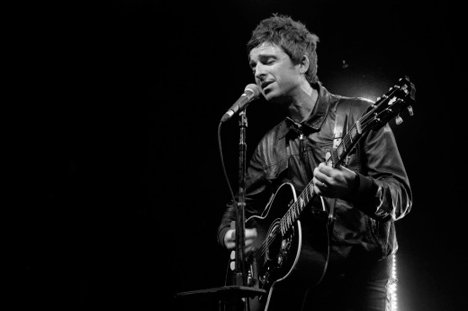 From the outset of his Canadian solo debut – and the first time back since he was assaulted onstage at V Fest – Noel Gallagher was primed to outdo his old band. From the razzle-dazzle of the wall of lights that backed the band to the cheery (if limited) stage banter, Gallagher established that there is life after Oasis.

Touring in support of new album Noel Gallagher’s High Flying Birds, which is also the name of the band, Gallagher played most of the new album, along with a couple of as-yet-unreleased rockers and a smattering of his old band’s songs. The new tracks don’t yet have a hold on the hearts of his fans – and only time will tell if that will happen – but they stood their ground and it’s fun to hear him play with some muscle.

Of the oldies, it was a treat to hear the B-side, Talk Tonight. Though less of a surprise to hear the opening chords to Wonderwall, the sweet acoustic guitar, piano and tambourine treatment let the song be more than a reason for a nostalgic crowd sing-along, even if that’s exactly what happened.